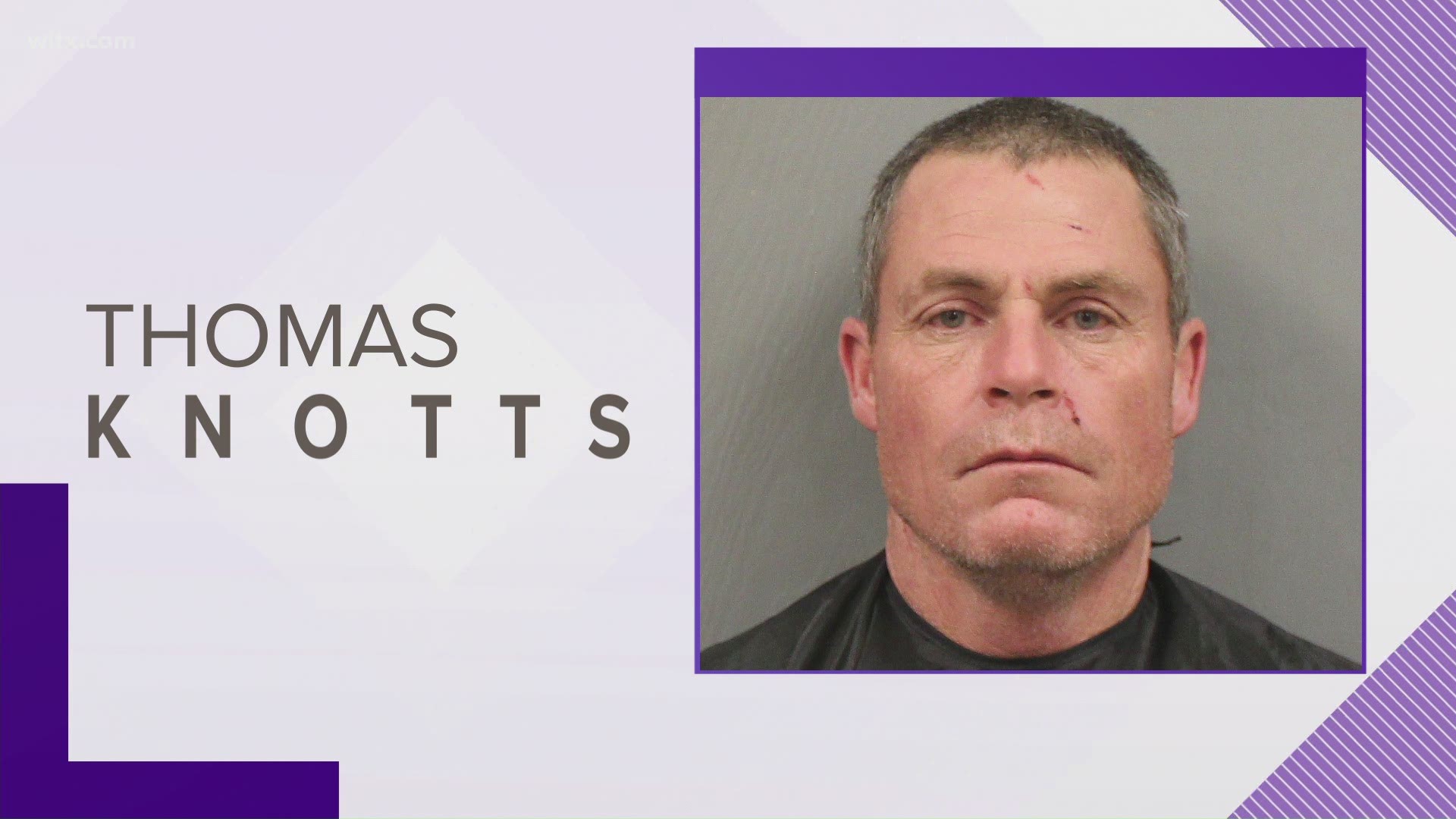 CAMDEN, S.C. — A Kershaw County couple had been killed hours before their home was engulfed in flames, the coroner says, concluding their deaths are a double homicide.

According to Kershaw County Coroner David West, the couple--68-year-old Steve Hales and 67-year-old Nancy Hales--had their throat cut on Saturday.  The coroner said that the person came back on Sunday to set the home on fire.

The couple has been married for 36 years, West said.

Around 5:00 a.m. on January 12, the Camden Fire Department was called to the house fire on Lyttleton Street, just off Broad Street/US-601 in downtown Camden.

The Camden Police Department has arrested Thomas Dwayne Knotts, 43, of Kershaw Hwy, Camden, on two counts of murder and one count of arson in the case.

Knotts was acquainted with the victims who resided on Lyttleton Street in Camden.