The court date for Daunte Johnson, a man accused of killing a Sumter mom and her 5-year-old daughter has been rescheduled for next week. 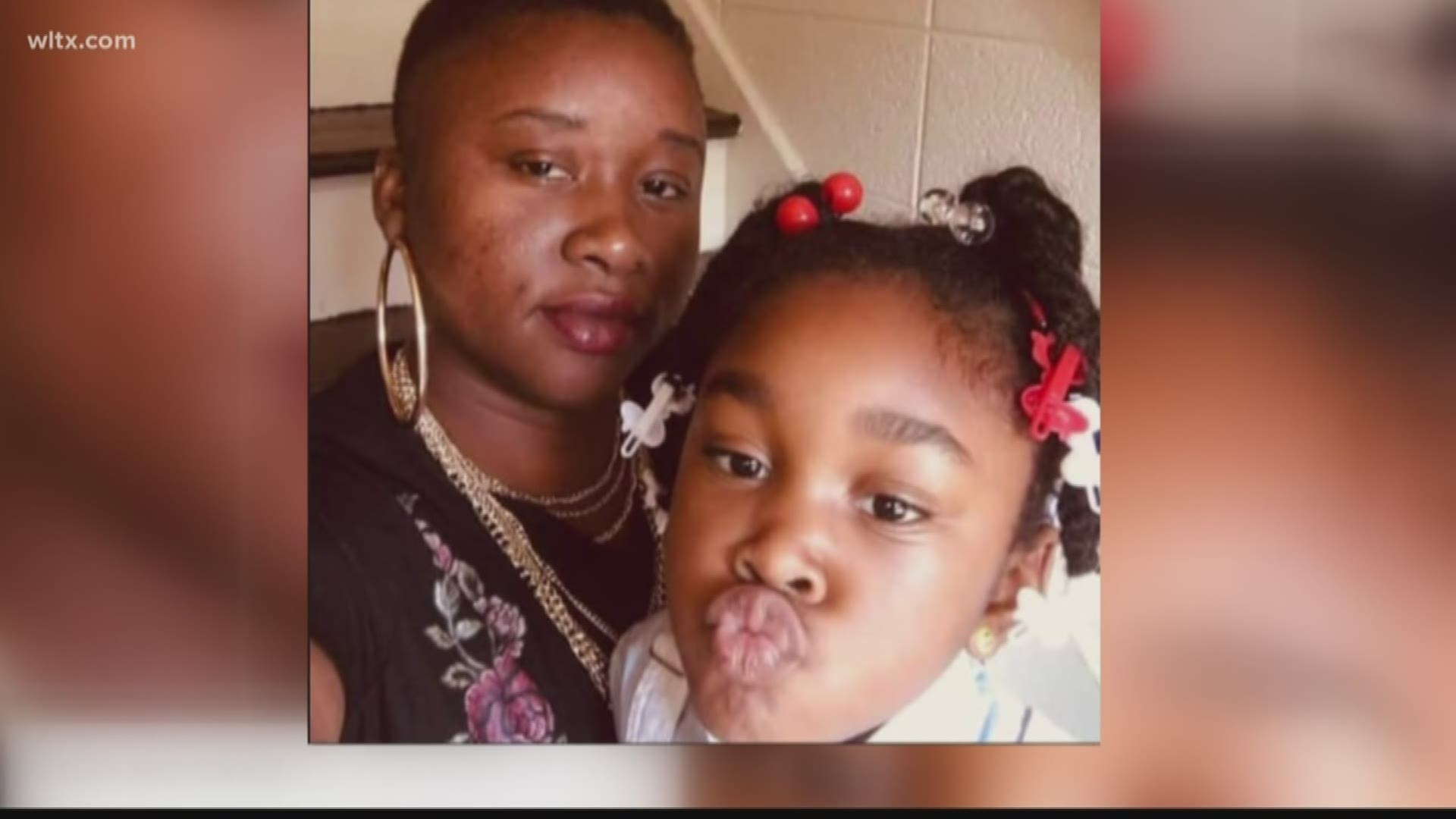 SUMTER COUNTY, S.C. — The preliminary hearing date has been rescheduled for Daunte Johnson, a man who is accused of killing a Sumter mother and her five-year-old child.

Daunte Johnson, 28, is accused of killing Sharee Bradley and her five-year-old daughter Nevaeh Adams on August 5. The girl's body, however, has not been found.

Johnson's hearing was originally scheduled for August 29, but that hearing was rescheduled for September 19 at 11 a.m. at the Sumter-Lee Regional Detention Center, according to Sumter Solicitor Ernest "Chip" Finney.

"Right now we're still gathering information and putting the pieces together," Finney said. "We have a lot of stuff that's been sent to the SLED lab and we're waiting on reports from that material that was sent over there."

On Thursday, News 19 obtained arrest warrants for Johnson that had new information about the case.

According to one affidavit, "blood evidence collected at the scene and analyzed by SLED was found to belong to both (Nevaeh Adams) as well as her mother, corroborating (Johnson's) confession" where police say he killed them both.

"Once we get the preliminary done... we hope the case will be going to the Sumter Grand Jury and that's when my office will get involved as far as preparing an indictment to indict him for all of the charges that we feel we can prove him responsible for," Finney said.

He also added in an earlier interview that Johnson has been appointed an attorney. Chief Public Defender Tim Murphy will represent him.

Johnson is being held in the Sumter County Sheriff’s Office Detention Center.