Deputies seized five homemade bombs along with guns and roughly $30,000 worth of drugs at a Lexington County home. 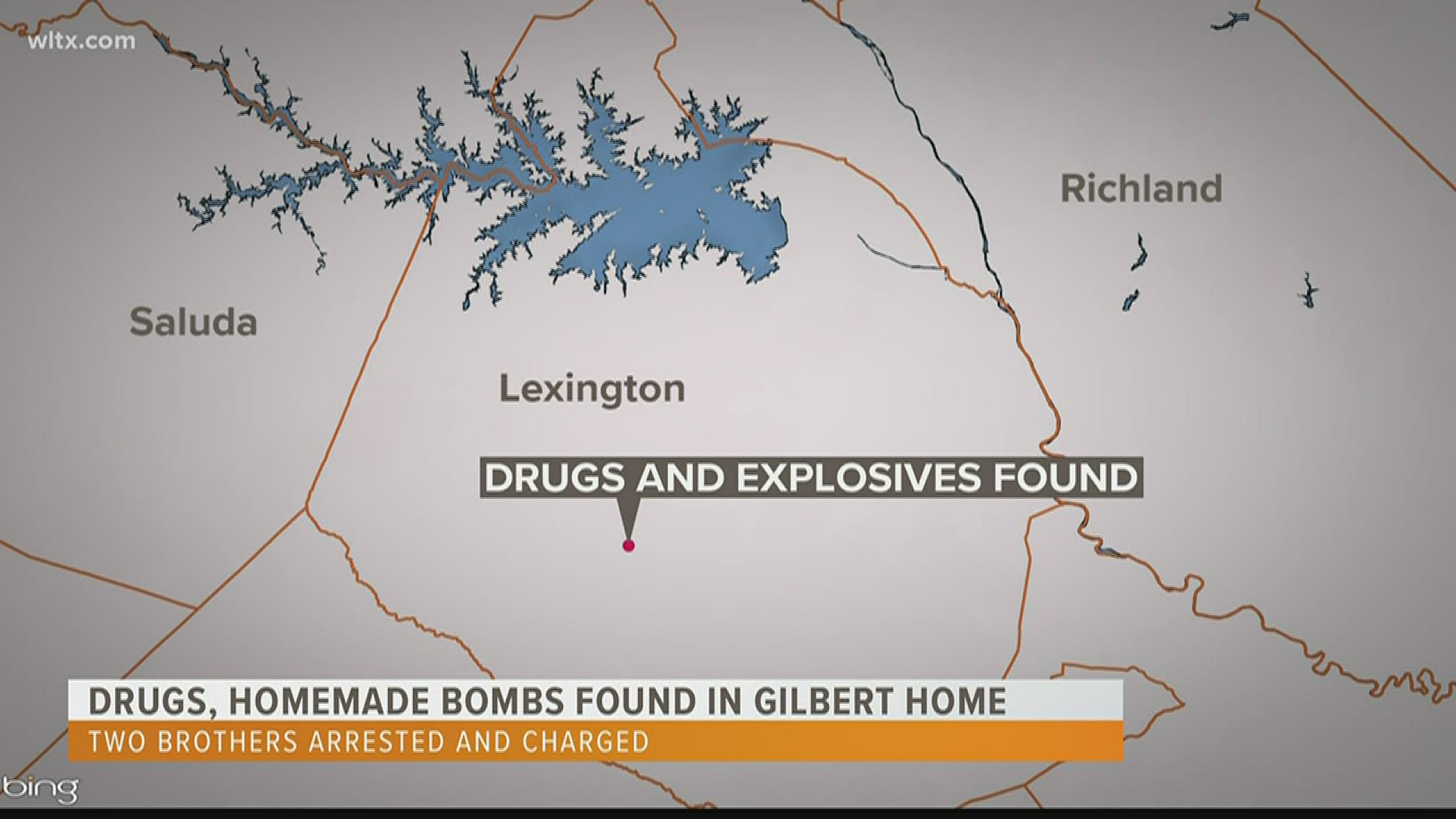 LEXINGTON, S.C. — Lexington County deputies seized about $30,000 worth of drugs along with explosive devices last week during an investigation into drug and gun activity.

Based on information gathered during an investigation, deputies say they got a search warrant June 24 for a home in the 200 block of Sampson Road.

SLED agents assisted as LSD, Xanax, three guns and five homemade bombs, among other items, were seized from the house. Drug manufacturing and trafficking materials were also seized, according to deputies.

Deputies say the suspect's younger brother is charged with possession of a stolen pistol, and deputies have linked him to the investigation into the activity on Sampson Road.

The younger brother had a handgun with him during a June 18 traffic stop, according to officials. Investigators said the gun was stolen out of Lexington County.