Investigators watched as people drove onto the property, exited their vehicles and approached an open window, where transactions took place. 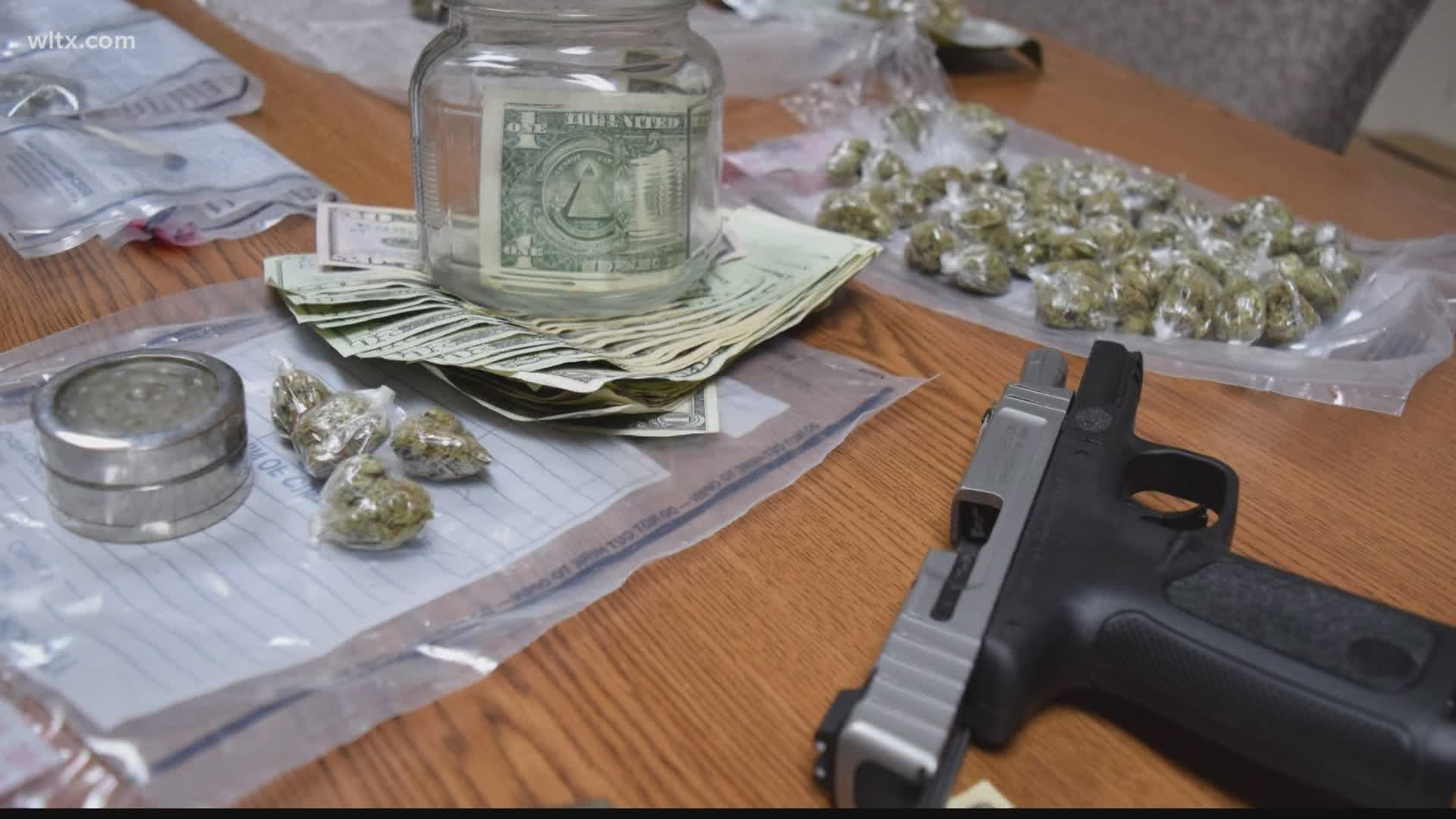 VANCE, S.C. — Orangeburg County deputies say they have closed down a home being used as a “drive through” for illegal narcotics.

Deputies said complaints from surrounding residents prompted an investigation that began with a surveillance operation on Pineland Street in Vance several weeks ago.

Investigators watched as people drove onto the property, exited their vehicles and approached an open window on a manufactured home, where it appeared a transaction was being made.

Narcotics investigators confirmed this when an undercover agent purchased a quantity of marijuana after approaching the window.

Upon executing a warrant, deputies say they seized approximately $1,800 worth of marijuana packaged in 72 plastic bags, a quantity of cash, drug paraphernalia and a loaded 9mm pistol.

22-year-old Jordan Walters, of Holly Hill, and 48-year-old Ronell Witherspoon, of Charleston, have each been charged with possession with intent to distribute marijuana.

Two people on the property who admitted they had made a purchase at the drive through were released after being given tickets for simple possession of marijuana, officials say.

“This drive through or walk through, with its limited menu consisting of only marijuana is no longer open for business,” Sheriff Leroy Ravenell said.