John Kite of Slidell was driving west on LA Hwy 433 when he hit a lane closed sign and multiple orange cones before hitting the utility worker. 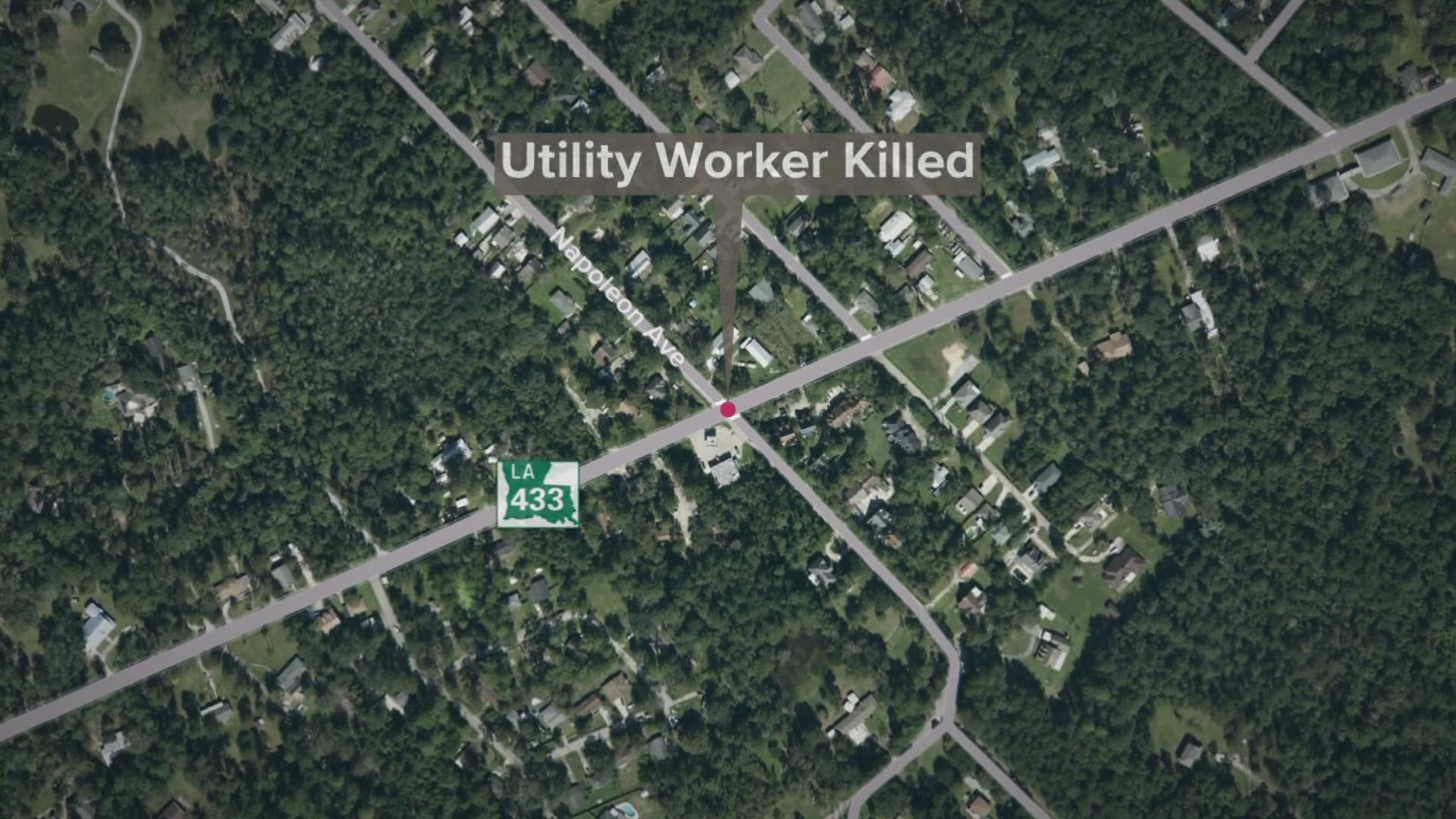 NEW ORLEANS — A utility worker helping with Hurricane Ida recovery was killed after he was struck by car in Slidell Friday night.

The crash happened at Napoleon Avenue and LA Hwy 433 around 8:15 p.m. The utility worker was directing traffic away from work crews making repairs in the aftermath of Hurricane Ida.

The victim's name is being withheld until investigators can reach the victim's family.

Seriously wounded by the crash, the utility worker died after he was taken to a nearby hospital.

Investigators said the man driving the Ford Ranger was Slidell resident John Kite, and they suspect that he was impaired.

Kite was driving west on LA Hwy 433 when he hit a lane closed sign and multiple orange cones before driving into the utility worker.

He was arrested at the scene and taken to a nearby facility where he provided a breath sample that tested over the legal alcohol limit.

Kite faces charges with vehicular negligent injuring and is currently being held at the Slidell City Jail.

Troopers are still investigating the crash and looking for more information. Kite may face additional charges after the investigation is concluded.

The utility worker was wearing reflective gear at the time of the crash.