A 23-year-old man is dead after a funeral gathering for another young man in North Columbia. 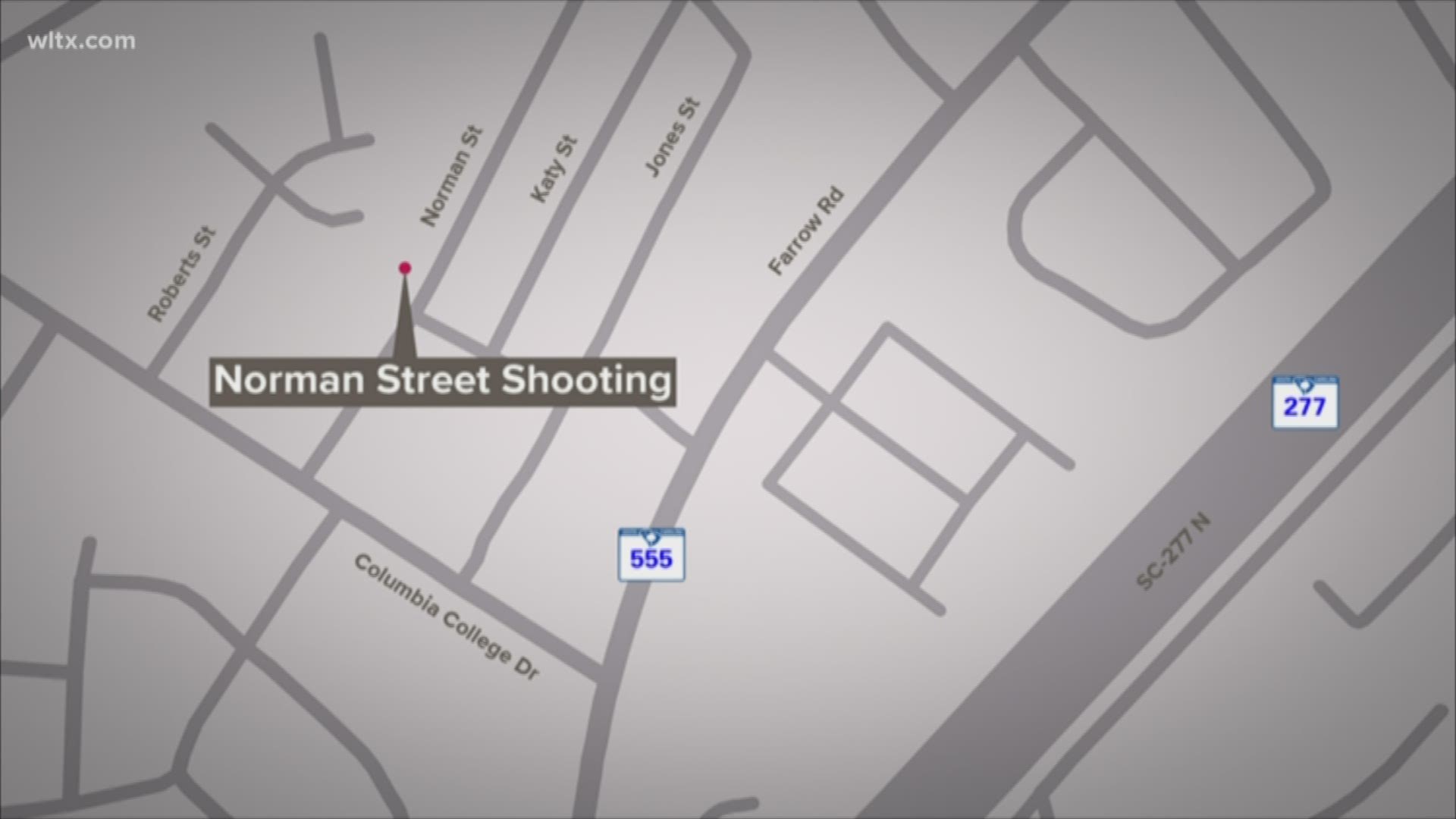 COLUMBIA, S.C. — Columbia Police are investigating what they characterize as a gang-related shooting that happened Saturday evening that left a 23-year-old man dead in North Columbia.

Officers on patrol in the Norman Street area, off farrow Road, reported shots fired shortly before 10 p.m. Saturday, Dec. 21, 2019. After immediately circulating the neighborhood, a ShotSpotter alert confirmed the gunfire location to be 4813 Norman St.

Upon arrival at the address, officers found the deceased, Keon Tucker, outside the residence. Richland County Coroner Gary Watts confirmed that Tucker died as a result of a gunshot wound to the upper body.

Ballistic evidence was gathered from the crime scene and it was discovered that a house on Silas Brook Court, a block away from the Norman Street address, had been struck by gunfire. There were no injuries reported at the Silas Brook Court home.

During the Columbia Police Department's initial response, it was observed that hundreds of people had gathered on Norman Street following the funeral of Calvin Recardo Bryant, 26, who had recently been shot and killed on Hallbrook Drive, in the Richland County Sheriff's Department's jurisdiction. RCSD is still looking for suspects in that case.

According to CPD reports, many people ran from Saturday's Norman Street scene when the initial gunshots were fired and additional officers were called to calm down a hostile crowd after Tucker was found.

Columbia Police Chief Skip Holbrook said, “These ruthless, conscious-less trigger pullers have a complete lack of respect for themselves and others, and a disregard for the sanctity of life. Our community should be outraged by the level of gun violence being perpetrated in our neighborhoods.”

The Midlands Gang Task Force -- comprised of law enforcement agencies including CPD and RCSD -- are working together regarding this investigation.