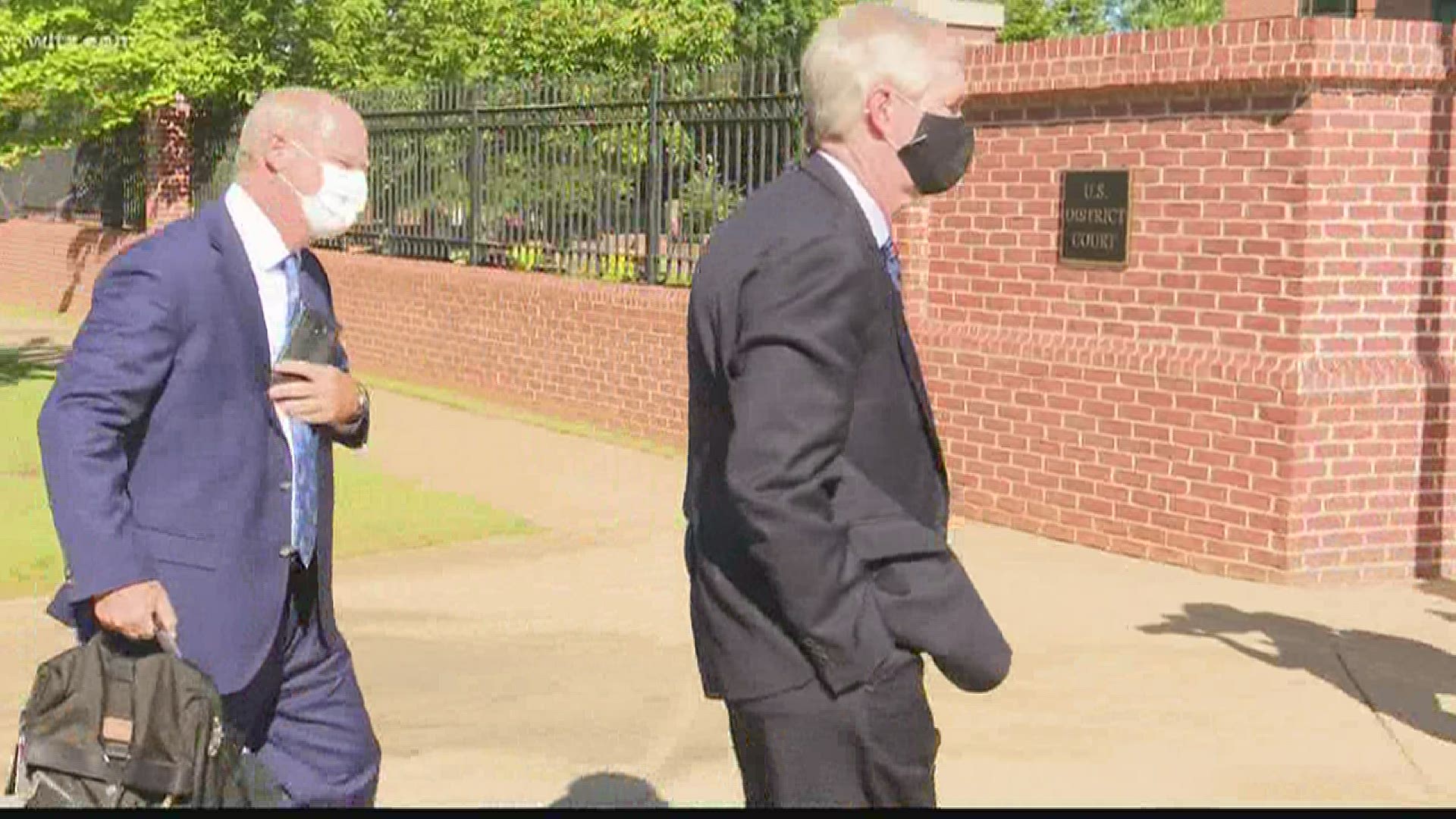 Byrne, who the U.S. Attorney's office said oversaw construction on the project, did not say much in court, but admitted to the charges against him.

"I did," Byrne told Judge Mary Lewis in the federal courtroom.

Outside the courtroom, protesters critical of the project and actions of Byrne waived signs and asked him to apologize to ratepayers.

"Apologize! Justice for ratepayers!" they yelled as he walked into the courthouse.

Inside the courtroom, the atmosphere was muted as everyone wore masks and sat socially distant.

U.S. Attorney Peter McCoy and his staff laid out Byrne's role in the now widely criticized VC Summer debacle, saying Byrne and others purposely misled rate payers, the public at large, government, regulators, and the press. SCE&G, along with Santee Cooper, spent years trying to build two new nuclear reactors at the VC Summer plant in Fairfield County. However, the project was suddenly abandoned in 2017, and customers were left having paid billions in  higher rates for their power for a project that never was completed. It also cost over 5,000 people their jobs.

Specifically, McCoy pointed to testimony in the summer of 2016, in which Byrne allegedly told regulators the project was reasonably on schedule. McCoy continued, saying Byrne was already aware the project was unlikely to be completed on time or on budget.

The U.S. Attorney's Office also claimed Byrne and others schemed to, "minimize risk and government oversight," while knowing the project was, "woefully behind schedule."

Prosecutors pointed to some of Byrne's other statements, saying he knew two parts of the project, scheduled to come online in 2019 and 2020, were not going to be ready.

They alleged the conspiracy took place in raised rates and billing of ratepayers as the project was in trouble, leading to the wire and mail fraud allegations.

Byrne will also complete a polygraph test with the government, surrender his passport, and must ask permission to leave the state.

Byrne, who the US Attorney’s office says has been cooperating for a year, will continue to cooperate, and potentially testify, against any potential co-conspirators. It’s also why his sentencing could take years, as it depends on other information and prosecutions. .@WLTX https://t.co/9O9NbBD90j

It's unclear if any other executives or project leaders will be charged in the case, the U.S. Attorney's office said they could not discuss it, but noted Byrne had agreed to cooperate further.

Byrne declined to comment on the case when approached after the hearing.

Attorneys said it could be years before Byrne is sentenced, as his plea deal recommends a lesser sentence if his information leads to other prosecutions.