A Memorial is growing at the Big Bear Grocery on Candler Rd. for LaQuitta Willis 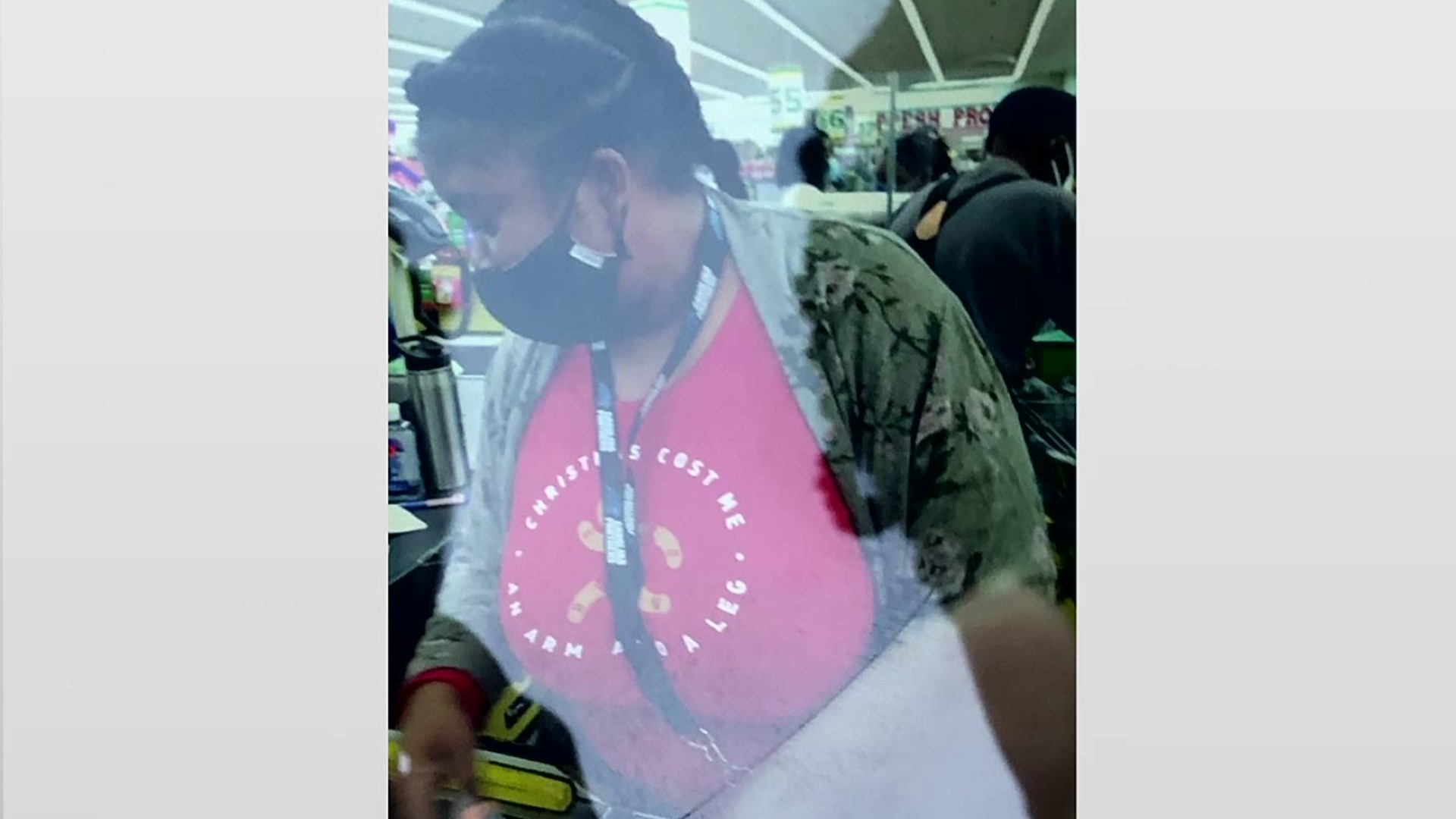 DEKALB COUNTY, Ga. — A memorial is growing tonight outside the Big Bear grocery store in DeKalb for LaQuitta Willis, a 41-year-old grocery store clerk who was shot and killed during an argument over a customer’s mask.

Meanwhile, 54-year-old Danny Jordan, an off-duty deputy, is still in the hospital after he was shot while trying to intervene.

The customer and suspect, 30-year-old Victor Tucker Jr., is also in the hospital. Longtime shoppers and friends of LaQuitta stopped by all day to drop off flowers and light candles as they shared her picture and memories.

"She was always nice and kind and she was just trying to ask the guy to pull up his mask," said Honey Clark.

"She was just doing her job- she's a very sweet lady," said another customer.

The Georgia Bureau of Investigation (GBI) said Monday afternoon that Tucker got into an argument with Willis after she asked him to pull up his face mask. The GBI says Tucker left the store, but came back with a gun, shooting her.

Deputy Danny Jordan, who was off-duty working security at the store, tried to stop the suspect, exchanging gunfire with him.

Both were injured and taken to the hospital. Another cashier was grazed by a bullet.

Matthew Bowers was working in the meat department.

He said losing Willis is hard for everyone at Big Bear and he remembers how she helped him out.

"Oh my gosh, she was such a sweetheart ... I tend to forget my punch card a lot so she’d write me down, take a few minutes off saying, 'Oh, you came in on time,'” said Bowers.

Tucker is now facing charges of aggravated assault and murder.