The shooting happened at around 4 a.m. Sunday at 150 Pine Street NE in front of the Up Lounge when an altercation began among patrons and security officers. 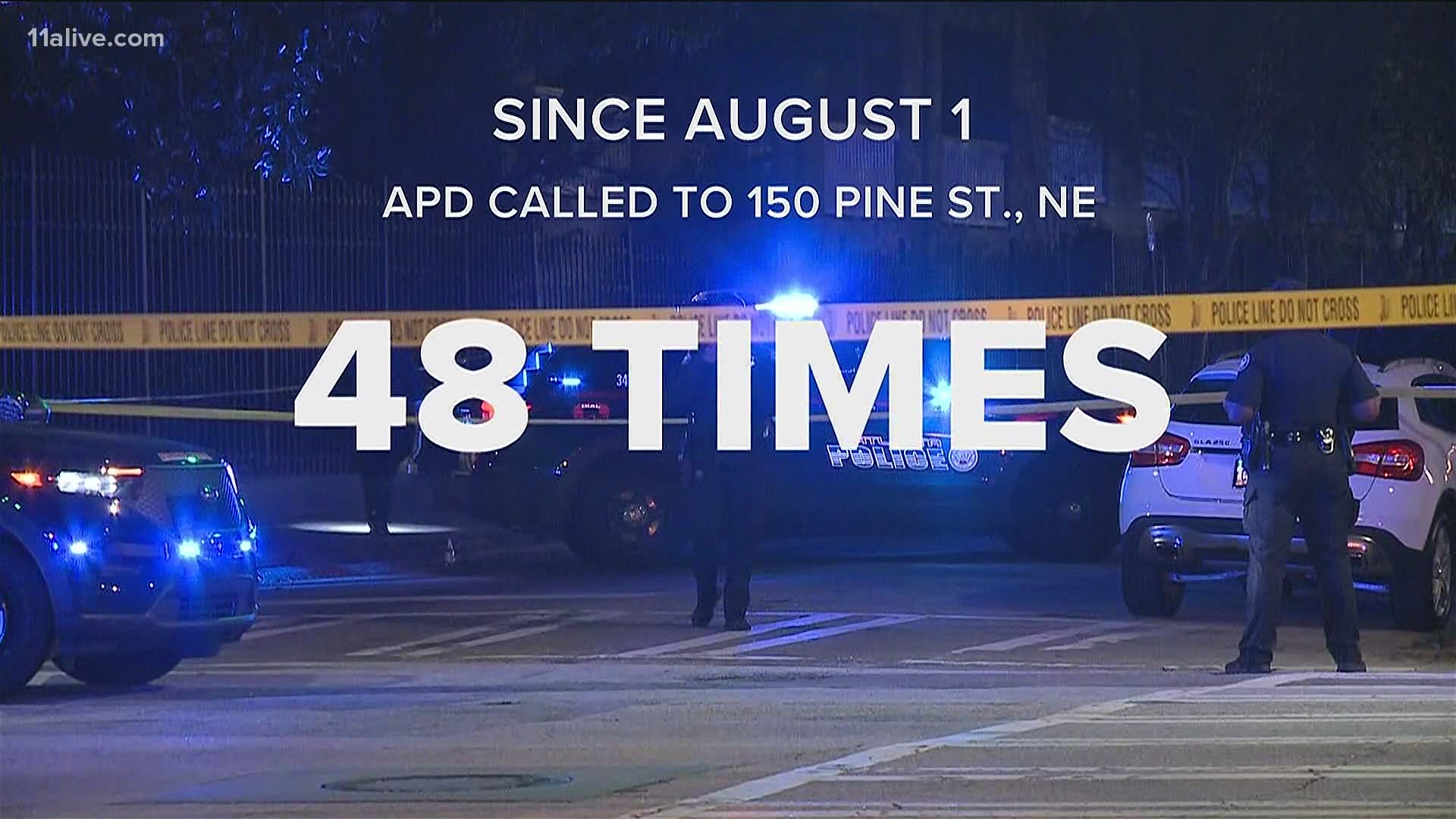 ATLANTA — The Georgia Bureau of Investigation was called to investigate a triple shooting involving an Atlanta police officer outside a Midtown Atlanta club early Sunday morning.

The shooting happened at around 4 a.m. at 150 Pine Street NE in front of the Up Lounge when an altercation began between "several males" and a security guard, the GBI said.

An off-duty APD officer, working an extra job helping with security at the club, was alerted to the dispute. It escalated and someone in the group began to shoot, police said. The off-duty officer responded to the shooting and fired his weapon. That officer was not injured.

"It is not clear at this point who shot whom, but three people were shot in the incident," Atlanta Police Officer Steve Avery said.

One person, later identified by the GBI as Frederick Demor Asberry, 25, of Douglasville, died in the street.

Police said they are trying to identify at least one additional person who may have been involved.

The GBI said several firearms were recovered at the scene. It is unknown which weapons are associated with the gunshot wounds of the three victims, the GBI said.

11Alive asked Atlanta Police for any criminal history at Up Lounge and they said in an email that in the past several weeks they've responded to 48 calls at that location.

"Since August 1, 2020 there have been 48 calls for service at the address 150 Pine St NE. The calls range from fights, shootings, shots fired, car break-ins, and vandalism," the email said.

People who live in that area of Midtown Atlanta near Emory Hospital, roughly between Peachtree St. on the west, and Piedmont Ave. on the east, and North Ave. on the north and Ralph McGill Blvd. on the south, know that, more and more, they are neighbors to a volatile mix of violence.

It is a neighborhood that has been so popular, new apartments and condos continue to rise toward the sky, nonstop, along with the prices.

But one resident, Lord Fabo, said that gunfire and violent crime have become so commonplace in that area, he and his neighbors are now too frightened to walk or jog after dark.

“It really saddens my heart," Fabo said Sunday. "We want to be able to go and run any time of the day without being scared. Now, you see, we’ve got to run during the day, because we don’t want to run at night and run into the bad guys and all that. It’s scary.”

Deputy Chief Timothy Peek said APD is trying to stop the crimes, there.

“We are seeing just too much gunfire and too many incidents where people are choosing to handle situations with gunfire,” Peek said. “It’s very disturbing.”

Peek said the club owner has been trying to gain control--of what he can control.

"They've hired security, they had police officers here, as well. But yet, we're still where we are, and again we've got to consider that conflict resolution," instead of resorting to gunfire, is the key. "We want to resolve these issues prior to them becoming scenes of shootings.... Please, reach out to law enforcement so that we can have an opportunity to resolve some of these issues prior to them escalating into gunfire."

The club's owner declined to speak with 11Alive about the incidents, and about the safety of his customers and his neighbors.

The is the 85th officer-involved shooting in Georgia that the GBI has been requested to investigate, so far, in 2020.

Return to 11Alive.com for updates.

Public Affairs will issue a press release once details are in. https://t.co/N3Dzu6EoIQ