In August of this year, Summer Kazzee said she found her eight-month-old with her car seat buckle in her throat— her daughter later died. 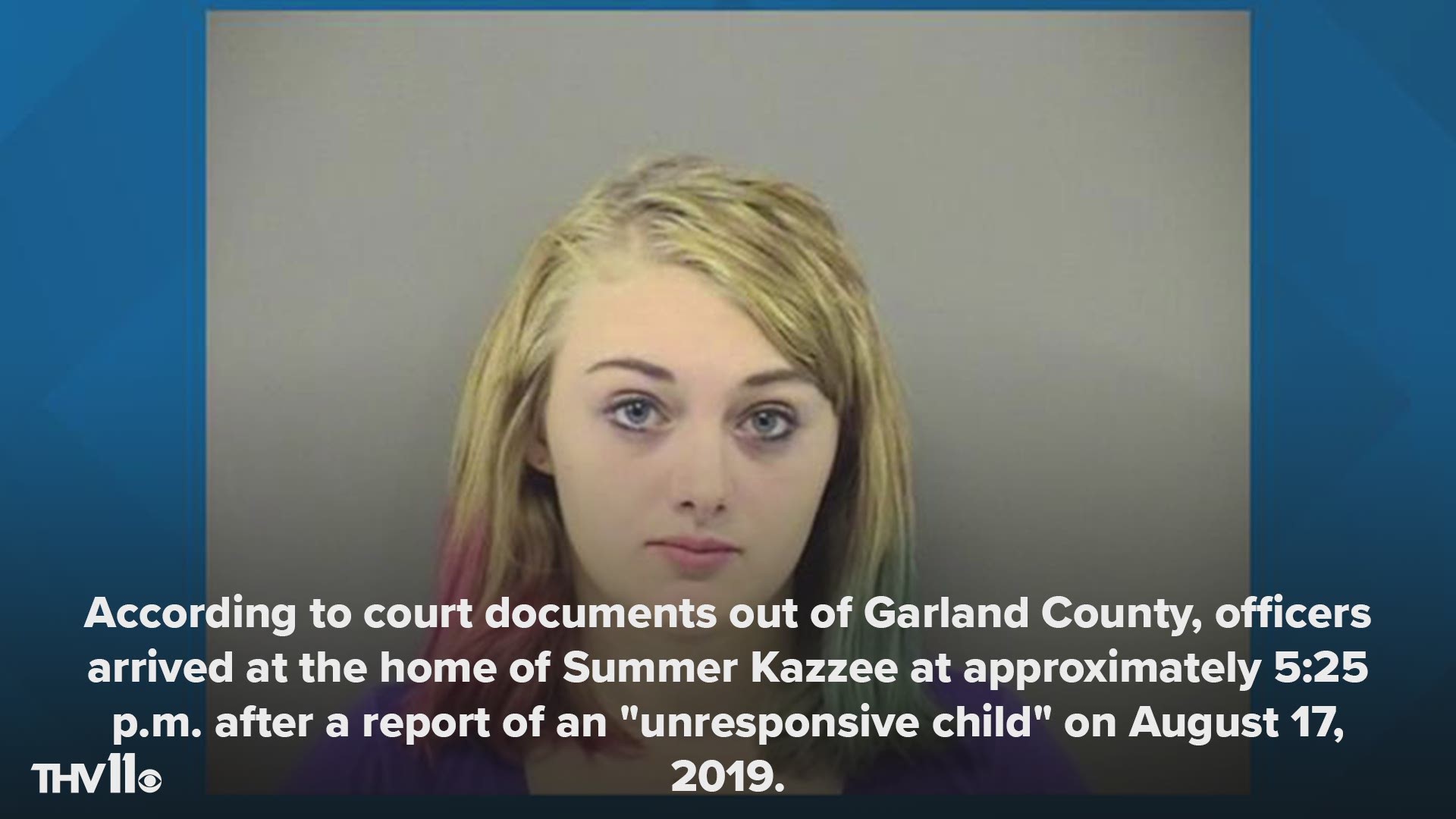 HOT SPRINGS, Ark. — According to court documents out of Garland County, officers arrived at the home of Summer Kazzee at approximately 5:25 p.m. after a report of an "unresponsive child" on August 17, 2019.

Kazzee told officers at the hospital that she was attempting to put her eight-month-old twins to sleep that afternoon when one would "not lay down and kept getting off of the bed."

Kazzee said she put her child in a car seat in an effort to keep her restrained and fall asleep. She said she could hear her daughter in the room rocking and she went back to check on her at approximately 4:30 p.m. "and she was still rocking and even clapping her hands."

According to a probable cause affidavit, 30 minutes later Kazzee said she didn't hear her daughter anymore and found her "with the thing in her throat."

On Monday, November 4, an arrest warrant was issued for Kazzee and the 22-year-old was charged with negligent homicide and is currently being held on a $5,000 bond.

In 2016, Kazzee was found guilty of child endangerment when her infant who was 2 months old at the time was admitted to the hospital and treated for dehydration.