Forensic experts went through the evidence they say they collected against Nathaniel Rowland. 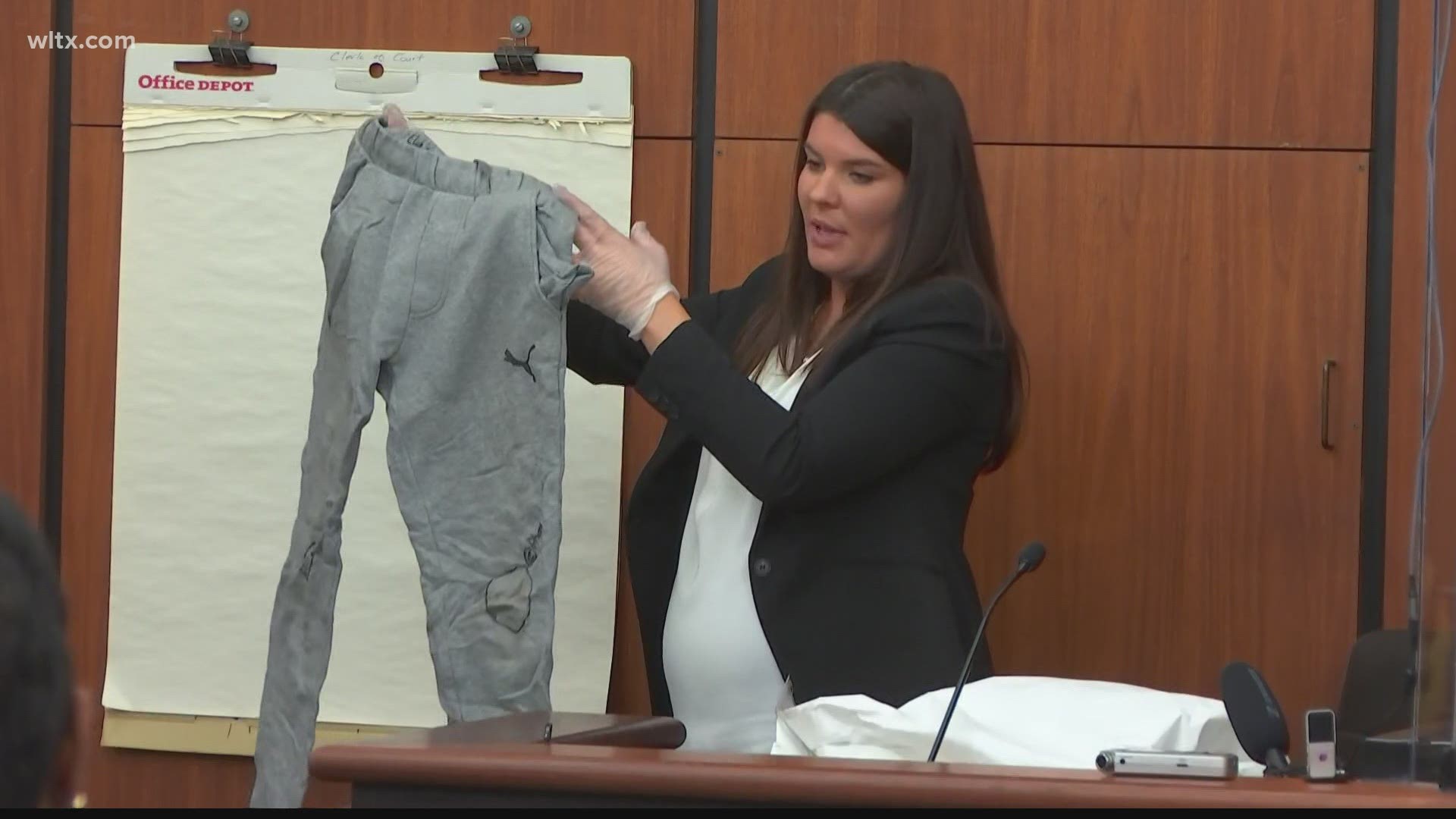 COLUMBIA, S.C. — The showing of forensic evidence dominated day four of testimony in the trial of Nathaniel Rowland, the man charged with kidnaping and killing University of South Carolina student Samantha Josephson.

Among the pieces of evidence presented to the jury were bloody clothes and a double bladed tool that officers say they collected from a search of Rowland's items.

One of the key people who testified was South Carolina Law Enforcement Division investigator Delilah Cirencione. She went through evidence recovered from Rowland's car as well as the trash from the home of Maria Howard. Howard is the friend of Rowland who said she saw him cleaning out his car at her house the day after the killing. She also said she saw blood in that vehicle.

Officers showed the jury a multi-tool was found in a the trashcan that SLED says they observed both suspected blood and hair on when they found it. The item has two sharp prongs on it.

A bed sheet was recovered from the trash can behind Howard's house that had both blood stains and cleaning stains, according to Cirencione. A matching pillow case was also found in the upstairs closet with blood stains.

Another piece of evidence showed a pair of children's shoes that were found in a closet inside the home. The pink shoes have what looks to be blood on the bottom. They're believed to be of Howard's daughter, who rode in Rowland's car less than a day after the killing.

Many other items of clothing were submitted including the clothing worn by Rowland at the time of his arrest.

During cross examination, the defense asked Cirencione about photos she took of Rowland the day of his arrest and if there were any cuts or marks on his body. She said there were none.

A central claim by the defense so far has been hat there was none of Rowland's DNA found on Josephson's body.

Full Video of Day 4 of Murder Trial of Nathaniel Rowland