Suspect charged with murder in killing of SC airport officer 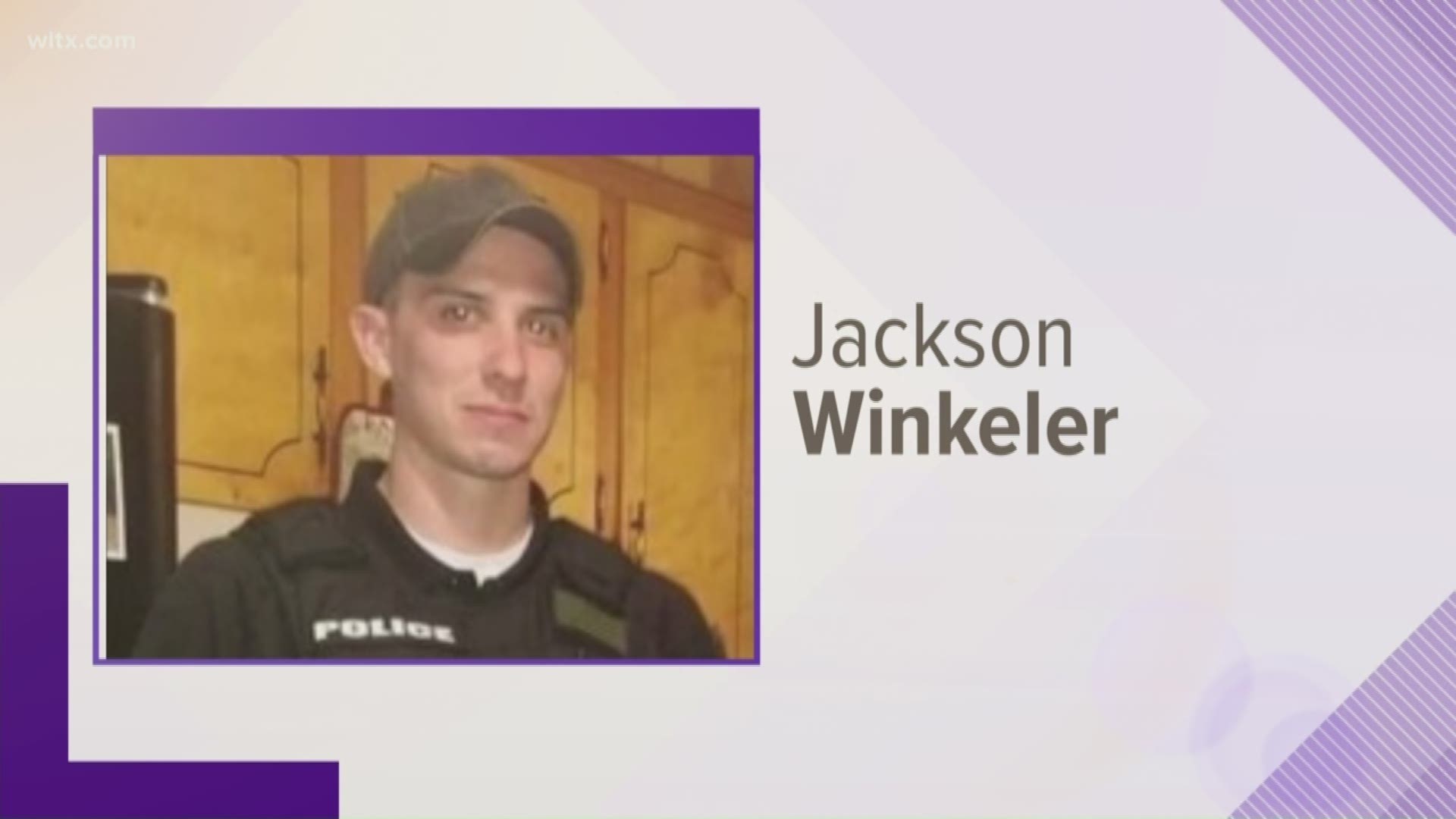 FLORENCE, S.C. — A suspect is now charged with murder in the killing of a police officer at a South Carolina airport.

Agents say on Sunday morning, Winkeler did a traffic stop on Bell's vehicle on a road on airport property. Bell is then accused of shooting and killing Winkeler during the stop, then leaving the scene.

Officers who responded to the scene of the crime described what they found. According to the warrant, they found an empty 9 mm handgun with more than 30 spent shell casings. They also noted there was a bullet hole near Winkeler's driver's side mirror.

Officers arrested Bell near Highway 52 in Florence County a short time later. They say during a search, they found Winkeler's gun.

In addition to the murder charge, Bell is also charged with discharging of firearm into vehicle and possession of a weapon during a violent crime.

Winkeler's funeral is set for Thursday. Florence Airport Director Connie Anderson wrote. "Officer Jackson Winkeler brought so much joy to our work family. His contagious laughter and infectious personality had the ability to brighten a room when walking in the door and he will forever impact those of us here at the Florence Regional Airport who had the pleasure of working with him. Please continue to pray for us as our family unit is broken right now but we are so thankful for the Grace of our Heavenly Father and know that in time, we will heal. As we do so, Jackson’s memory and dedication to the Florence Regional Airport will FOREVER live on. We ask you to please join us in prayer for Jackson’s family. Thank you Winkeler family for allowing us to love and share in your son’s life. He is and will always be Florence Regional Airport’s hero."