"I've yet to see any expression or significant expression on her regret on the impact it had on the victim in this case." Duval County Circuit Court Judge James Ruth 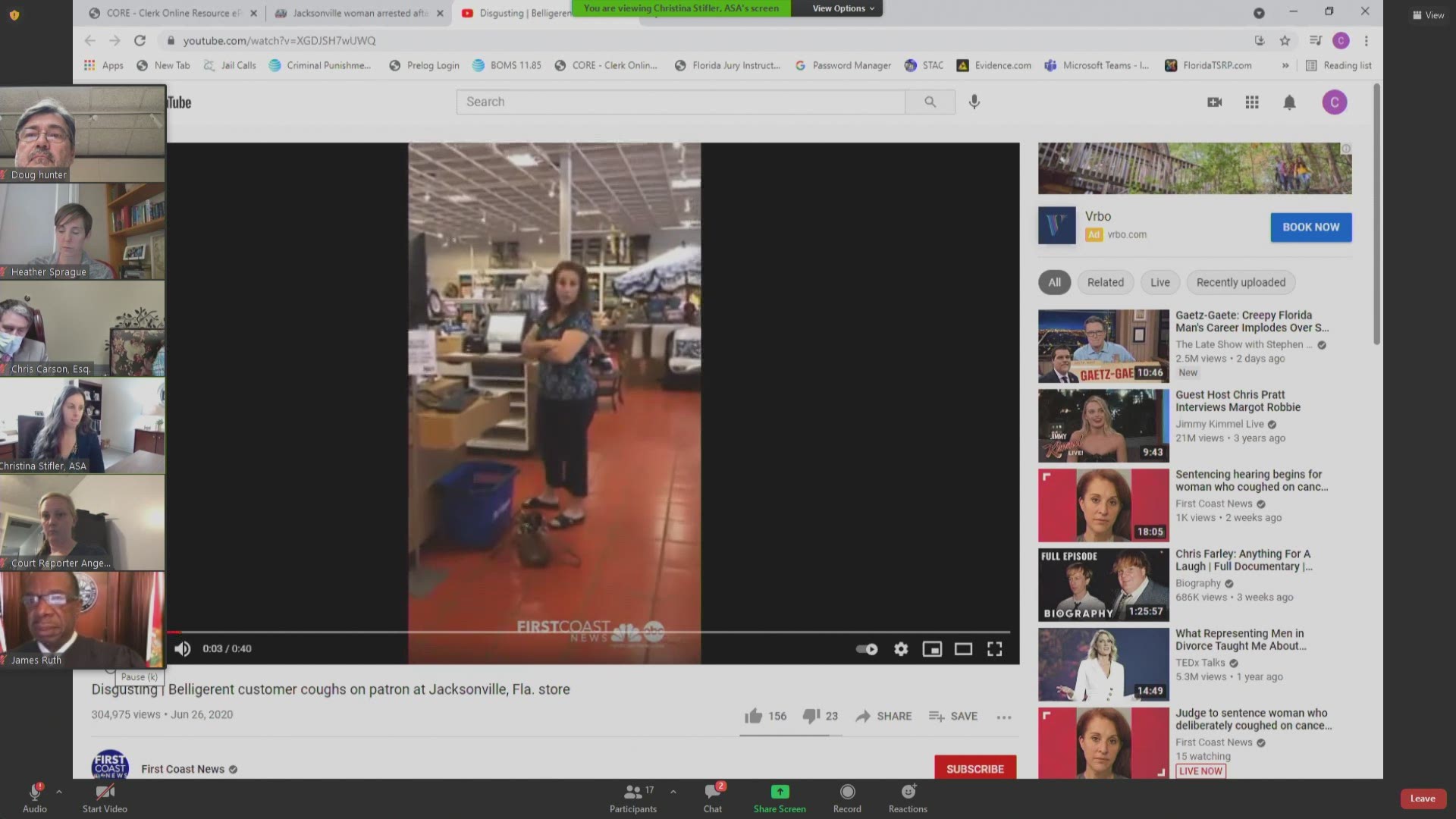 JACKSONVILLE, Fla. — Duval County Circuit Court Judge James Ruth spent the last few days listening to testimony in the case of an irate Jacksonville woman who intentionally coughed in the face of a customer at a St. Johns Town Center store.

Before handing down his sentence Thursday on Debra Hunter for what she did that day in June 2020, Ruth said he is not on social media and never saw the full viral video of Hunter coughing in Heather Sprague's face.

Prior to viewing the video for the first time and sentencing Hunter to 30 days in Duval County jail, Ruth listened to about a handful of family and friends of Hunter, including her husband, who testified that her actions in the store were an aberration.

RELATED: Woman who intentionally coughed on cancer patient in Jacksonville Pier 1 sentenced to 30 days in jail

An emotional Hunter also read a letter to the court about how her mistake negatively impacted her life and the lives of her family and friends.

Ruth was clearly shocked when he heard testimony from Sprague, a brain tumor patient at the time of the assault, in her words about what Hunter did to her.

"She said 'I think I'll get real close to you and cough on you, how about that?'" Sprague told the judge.

"She said those words?" Ruth asked.

"Yes, your honor," Sprague said then describing Hunter's hand gestures to her before the assault.

"I believe the kids call it 'flipping me off' or the 'double bird'," she said to Ruth who seemed surprised.

After Sprague finished her statements, Ruth said, "I want to see the video."

"I believe that's what they call it your honor," Sprague said.

Before giving his sentence, Ruth said he was concerned with the suspect's lack of remorse for the victim.

"We heard how it changed her life ... she's getting nasty grams on Facebook and things of that nature and can't go to the country club or where ever ... but I've yet to see any expression or significant expression on her regret on the impact it had on the victim in this case," Ruth said.

WATCH: Emotional testimony from Debra Hunter on how viral video of her intentionally coughing on a cancer patient harmed her and her family's life

Credit: Jacksonville Sheriff's Office
Debra Hunter is accused of assault after she was seen on cellphone video coughing on another woman at a Pier 1 store.