Deputies say a woman attacked a man with a hatchet at a Red Bank home over the weekend. 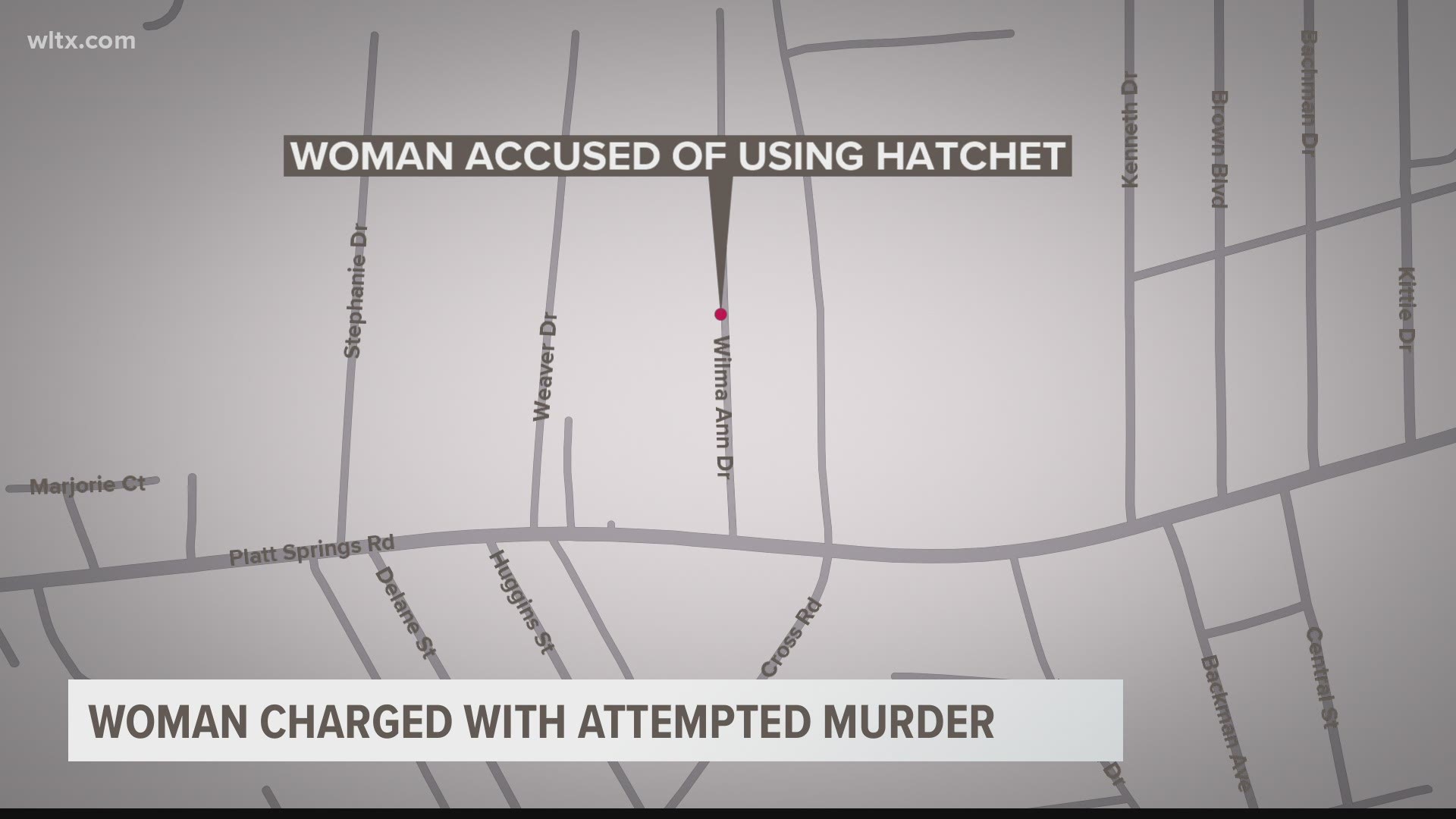 LEXINGTON COUNTY, S.C. — Deputies with the Lexington County Sheriff's Department have arrested a woman after allegedly attacking a man with a hatchet over the weekend.

Detectives determined that Branham and the victim -- who had been struck in the head -- knew each other.

Branham, 46, was charged with attempted murder and possession of a weapon during a violent crime and transported to the Lexington County Detention Center.