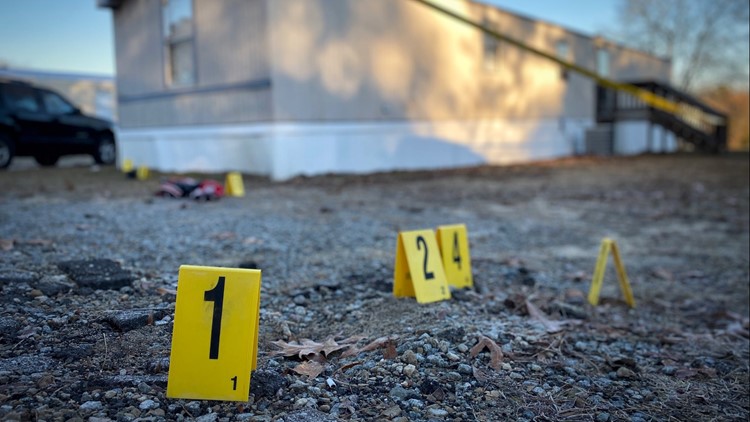 LEXINGTON, S.C. — Lexington Police Chief Terrence Green announced the arrest of three suspects in connection to a shooting that occurred in the Hickory Hills Mobile Home Park in December 2019.

Kenneth Maurice West Jr, 19, Justin Isaiha Peeples, 20, and a 17-year-old juvenile male -- all from Columbia -- have been charged with attempted murder, possession of a weapon during the commission of a violent crime, and criminal conspiracy.

Around midnight on Dec. 19, 2019, officers were dispatched to a shooting that had occurred at the Hickory Hills Mobile Home Park, at 142 Industrial Drive in Lexington, and upon arrival officers found the victim laying on the ground outside of his home. The victim had been shot in the chest and right leg with what was later found to be non-life threatening injuries.

Witnesses stated that there were multiple shots fired and that a white sedan had left the scene.

While officers were on scene of this shooting, the Columbia Police Department (CPD) responded to a call from EMS that West had been shot and was in need of medical attention. CPD also found a white sedan on Beltline Blvd. that was believed to be, along with West, involved in the shooting incident at the Hickory Hills Mobile Home Park. West had a non-life threatening injury to his left arm from the shooting.

The suspects, including the juvenile who is being charged as an adult, are being held at the Lexington County Detention Center and their bond has been denied.