Man accused of double murder shot and arrested in Columbia

Investigators say the suspect came to Columbia to kill another woman 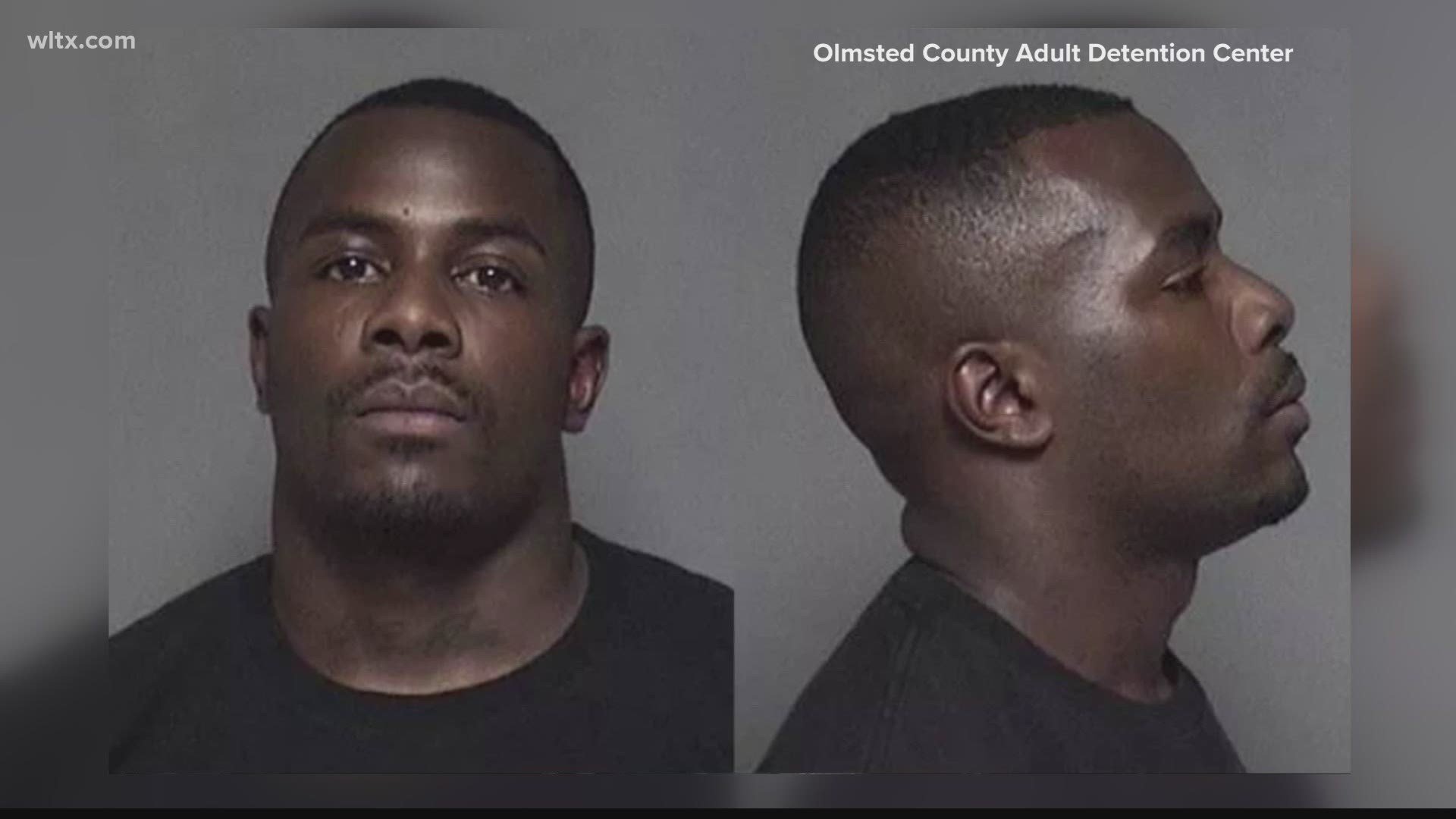 COLUMBIA, S.C. — A man accused of committing a double murder in Minnesota was apprehended last night at the Aloft Columbia Harbison Hotel.

Investigators say the suspect is 29-year-old Renard Lydell Carter, and he came to Columbia to kill another woman.

Richland County Sheriff Leon Lott says, "an arrest team went to make an arrest, they verbally tried to talk him out of the [hotel] room, he was making threats through the door to the officers outside the room, he told ‘em that he had a gun, he had a rifle and he was going to shoot them."

"At some point around 10:10 pm, he opened the door to come outside the room with a gun in his hand. Two Lexington County deputies and a SLED agent fired upon him and he was hit," Sheriff Lott says.

The sheriff says the weapon Carter was holding when he approached officers was a BB gun.

Carter fled to Columbia from Rochester, Minnesota after killing his pregnant girlfriend and her 2-year-old daughter, the sheriff says.

Carter allegedly killed the two on Thursday and their bodies were found in the victim’s apartment on Sunday, Rochester police say. RPD added that Carter was released from prison in April after serving time for felony domestic assault.

According to Sheriff Lott, Rochester PD informed RCSD Carter was in the area, so they launched a joint investigation with Lexington County, SLED and the Columbia PD to find him.

"His intent to come to Columbia was to kill an ex-girlfriend here," Sheriff Lott says.

Lott says they located Carter’s ex-girlfriend and put her in a safe house until he was apprehended.

"They were able to make an arrest. EMS came and treated him, and he has now been put in a hospital where he’s being guarded," Lott says.

The Sheriff didn’t share the extent of Carter’s injuries but says once he recovers, he’ll be held at the Alvin S. Glenn Detention Center, then extradited and charged for his crimes in Minnesota.