Jeremy Gibson is being charged with felony murder, firearms charges and a cruelty to children. 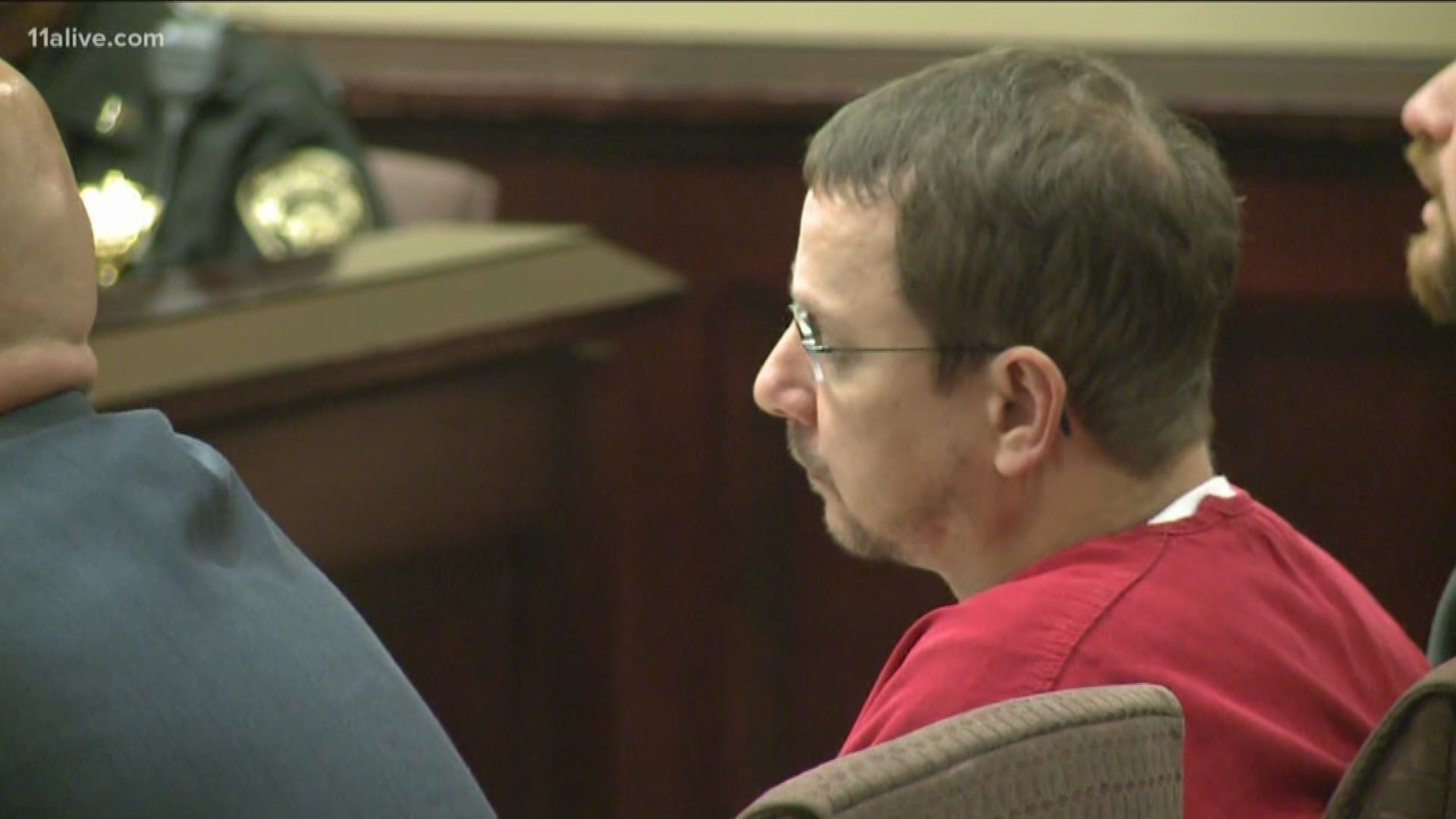 DAWSON COUNTY, Ga. — The man who is accused of killing his wife in front of their two children outside a Dawson County fire department was in court Wednesday.

Jeremy Wade Gibson had a probable cause hearing in a Dawson County magistrate court.

Gibson has been in custody since last month after allegedly shooting his wife, Amy Alexandria Gibson, 44, to death. Their children, ages 8 and 5, were in the back seat of the vehicle. They were not injured in the shooting. Authorities say they do have a domestic violence history with them.

RELATED: Husband kills wife who fled to fire station with their kids: Sheriff

RELATED: Deputies called to home at least 8 times in months leading to wife being shot outside fire station

An investigator with the Dawson County Sheriff's Office, Jeff Moore, testified on the stand.

Moore says that Gibson claimed Amy was sexually assaulting the children in the parking lot of an elementary school, near where they were going to be releasing a turtle they found.

Surveillance video from the school shows that at no time would Gibson have been able to observe such type of an assault, Moore said. He said that at no time were either of them outside of the vehicle and that Amy was seen speeding away once Gibson's vehicle showed up.

Gibson told investigators following the incident he blacked out once he got to the fire station where the shooting occurred.

Moore said he was calm, sweaty and did not show any emotion when he made contact with him on scene.

Moore said there was no evidence that Gibson was acting in self defense.

Gibson is being charged with felony murder, cruelty children in the first degree, aggravated assault and firearms charges.

Moore said there were several calls and incidents at the Gibson home prior to the shooting incident.

Judge Lisa Thurmond found probable cause in the murder. The case is now bound over to Dawson Superior Court.

Man arrested in Georgia for stalking woman with 10,000 texts, referencing blowing up planes and churches