Man rammed into woman's car, shot at her, deputies say

He was arrested for attempted murder, shooting into a vehicle, and possession of a weapon during a violent crime. 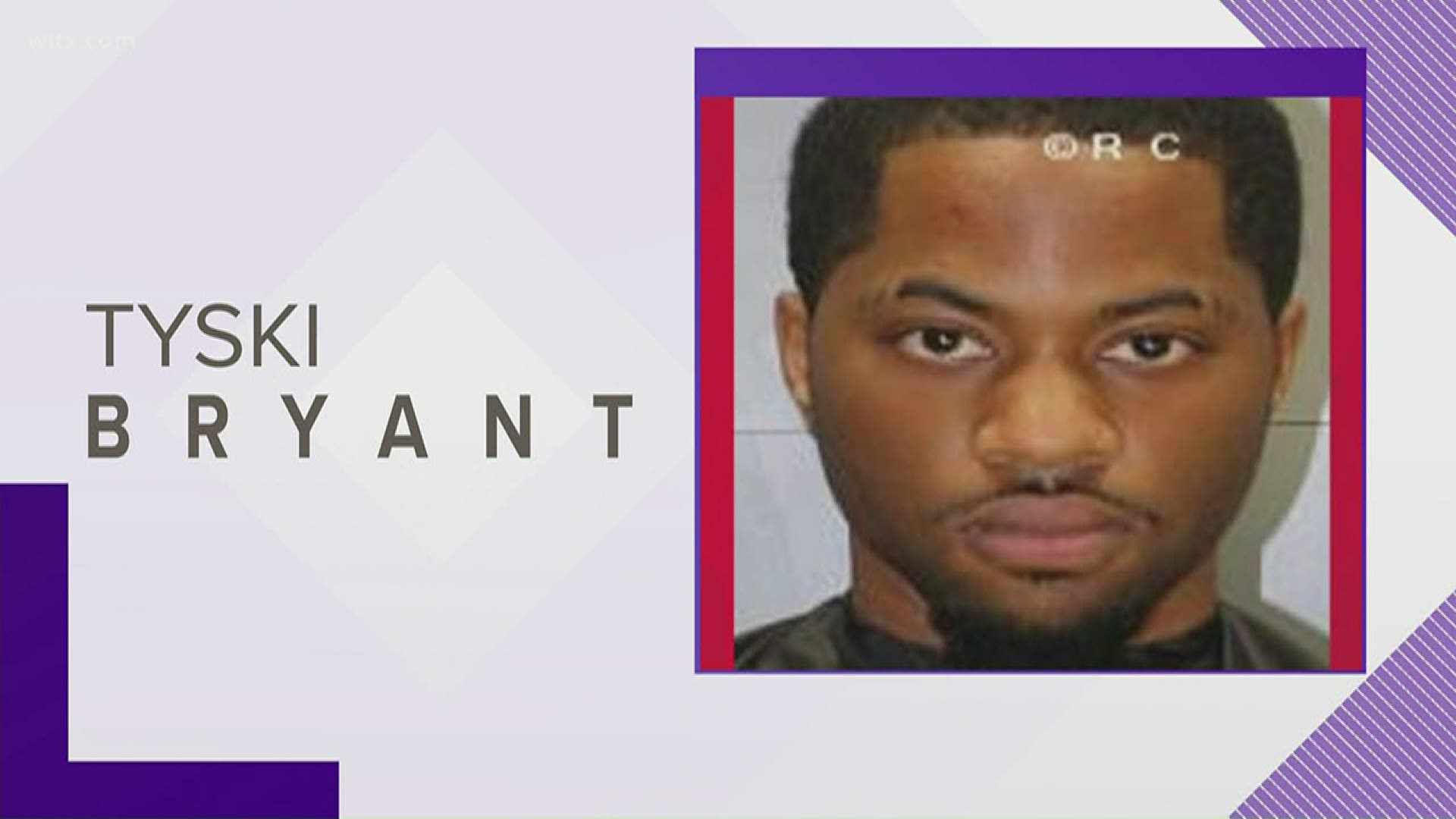 COLUMBIA, S.C. — A 20-year-old has been arrested by the Richland County Sheriff's Office in connection with a shooting incident that happened after a car accident.

Tyski Antonio O’Neal Bryant, 20, was arrested Friday morning around 7 a.m., by the Fugitive Task Force and K9 Units, at his home on Truman Street.

According to RCSD, he was taken into custody without incident.

According to the report, on May 17, a man driving a black Ford Mustang struck the back-left side of the victim's vehicle with his vehicle on Covenant Road.

After the collision, the victim said she stayed behind to get Bryant's license plate. According to the victim, Bryant pulled over and pulled out a firearm.

She then turned her car around attempting to get away from Bryant when he began firing approximately 6 shots at her vehicle. The victim was able to make it home unharmed where she waited for law enforcement to respond.

He was arrested for attempted murder, shooting into a vehicle, and possession of a weapon during a violent crime. The gun was recovered at the location as well.

Bryant is being held at the Alvin S Glenn Detention Center.