Kevin Ackley, 22, is charged with inciting a riot and aggravated breach of peace. 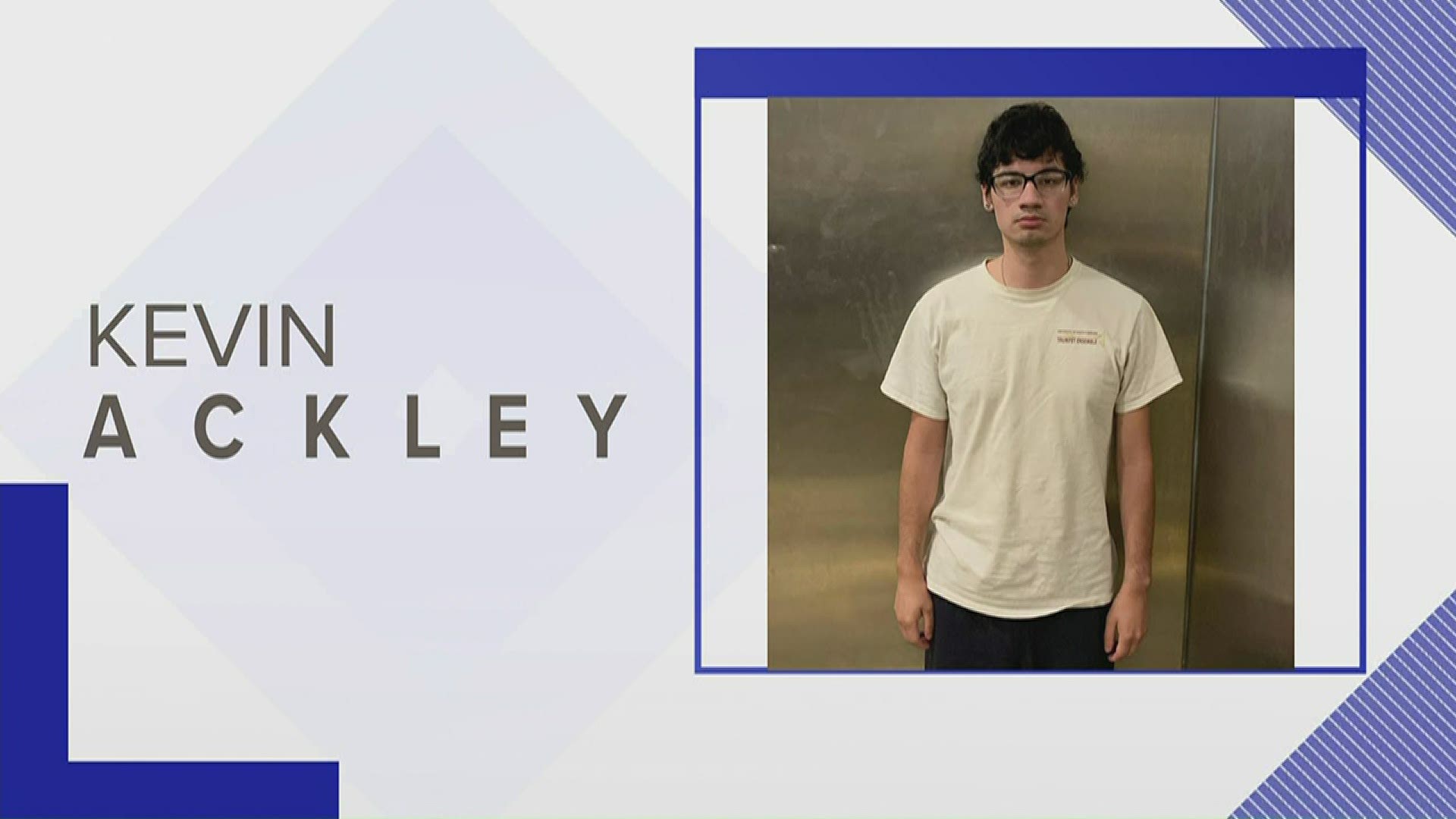 COLUMBIA, S.C. — A man who used to work as a medic in Richland County is being accused of throwing a water bottle at police, an incident which officers say helped escalate the violence at last Saturday's protest in downtown Columbia.

Kevin Ackley, 22, is charged with inciting a riot and aggravated breach of peace.

Richland County deputies say Ackley threw a water bottle at law enforcement during the protest that took place on May 30. Sheriff Leon Lott said the public helped identify him as an instigator of the violence which marred the protest.

At the time, Ackley was still working for Richland County Emergency Services as a medic. He was fired following his arrest Friday.

“It’s disgusting that a man who is supposed to be protecting the lives of citizens and law enforcement officers alike would participate in a riot that injured people,” said Sheriff Lott. “He is now where he needs to be — in jail. And he’ll be held accountable for what he’s done.”

Deputies also released a photo of property they say was seized from Ackley. It showed a Hawaiian, a black and white piece of cloth with an American flag with an igloo where the stars would be, and a "Don't Tread on Me" piece of cloth.

They released another photo, again said to be from Ackley, of a gas mask and gloves.

In the headline of their news release, the agency said "second boogaloo arrested," which suggests that officers believe he may be tied to the "Boogaloo Bois" movement. It's a group of Hawaiian shirt-wearing men who Lott said has been going to protests nationwide to start trouble.

RELATED: A closer look at the 'Boogaloo Bois,' the men in Hawaiian shirts at protests

Lott said another man, 24-year-old Joshua Barnard, was arrested Thursday arrested on charges of breaking into a motor vehicle, looting, larceny, aggravated breach of peace and instigating a riot during the same protest. Lott said he also was wearing a Hawaiian shirt.

Officers released a picture Friday of what they say is Barnard's property, which includes a Hawaiian shirt, two long guns, and two pistols.

During the protests, Some people threw bottles and rocks, injuring other protesters and police officers. Property was also vandalized, including setting two Columbia police cars on fire.

It's the seventh arrest announced since Thursday by Lott of people who he said were instigators of the violence. And he promised more arrests will be forthcoming.