Two men were killed and several others were injured in the September 8 shooting. 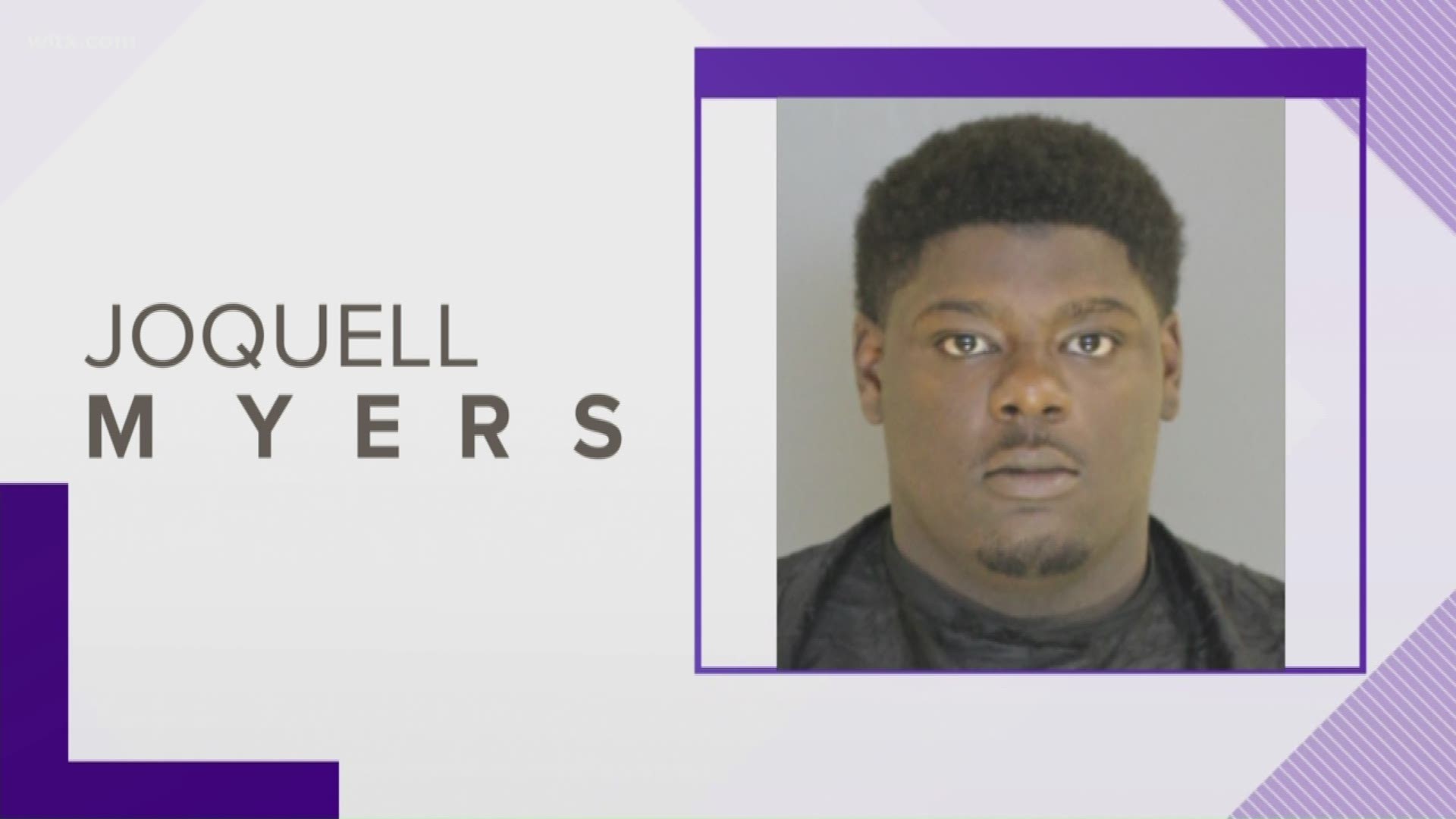 SUMTER, S.C. — A second man has been charged with murder in connection to a gang-related shooting earlier this month at a Broad Street convenience store.

Police were able to identify Joquell Wanye Myers, 23, of Mayesville as the man who shot and killed Gregory Donta Middleton at the Hop In (Sunoco) convenience store.

Myers is also charged with attempted murder, unlawful carry of a firearm and possession of a weapon during a violent crime. He is being held at the Sumter County Sheriff’s Office Detention Center.

Gregory Middleton, 30, was pronounced dead at the scene.

His cousin Michael Rogers, 30, was struck by gunfire and transported to Prisma Health Tuomey Hospital, where he later died.

Three other men, one of whom was charged for the death of Rogers, were injured as gunfire erupted at about 1 a.m. September 8.

Diontrae Epps, 26, of South Purdy Street, was charged last week upon his release from a Columbia hospital with murder, unlawful carry of a firearm and possession of a weapon during a violent crime.

So far, five other men at the scene have been identified and placed into custody on unlawful carry of a firearm charges.

Police are continuing to search for Keyonte Markees McGee, 27, from Sumter, who is wanted on an unrelated family court bench warrant.

Anyone with information is asked to call the Sumter Police Department at (803) 436-2700 or contact Crimestoppers anonymously in any of the following ways: