The fire department battled a blaze at Graham-Sleepmaster Mattress Manufacturer 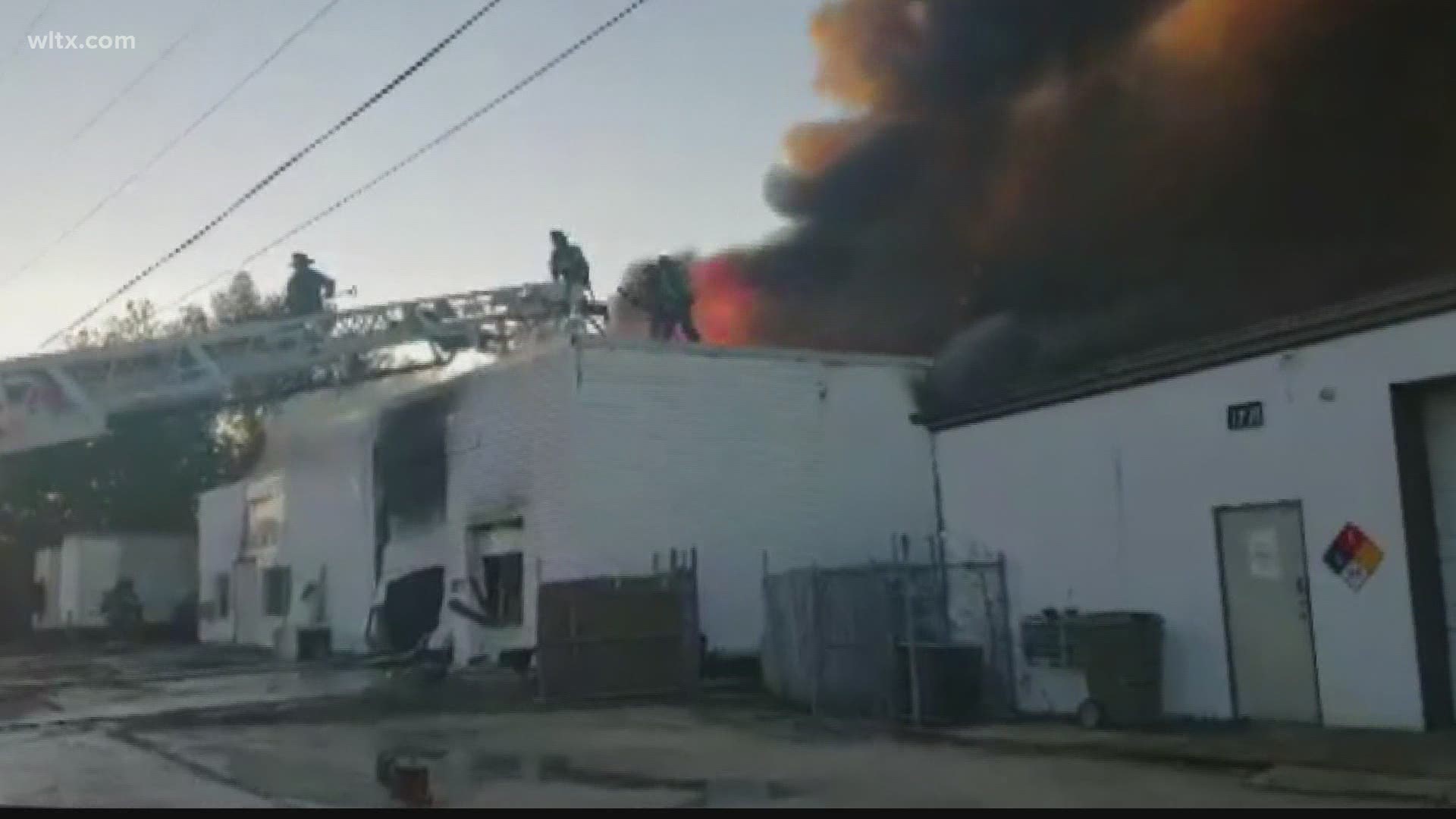 Firefighters arrived at the scene before 7 a.m. Tuesday. Upon arrival, the flames were in the rear, but quickly spread throughout, officials say.

No injuries were reported but the building at 1423 Ellerbe Street has suffered extensive damages. The building was being used for storage for a nearby furniture store. Several sleeper sofas were in the building.

"We'll probably be out here for the better part of the day because again when you got a bunch of mattresses and furniture, just want to make sure everything is out," Chief Aubrey Jenkins said. "The other thing it did affect one building next to it. Minor damage to the building, but other than that, everything it's surrounding is okay."

The cause of the fire remains under investigation.

RIGHT NOW: fire at Graham-Sleepmaster Mattress Manufacturer off of Two Notch Rd still burning at this hour. Our @ColaFire crews have been working to bring it under control since arriving on scene around 7 a.m. No injuries reported but the building has suffered extensive damages. pic.twitter.com/B03bJju4DC

The mattress manufacturer is here on the 1400 block of Ellerbe Street. Fire is still actively burning at this time producing smoke. Our 1st Shift crews have relieved 3rd Shift and are continuing firefighting operations. Once again - no injuries reported. pic.twitter.com/grQDTwK0Ib