Inmates attempting to escape a high security South Carolina prison locked an officer in a cell Sunday night. Officials say the incident is now over. 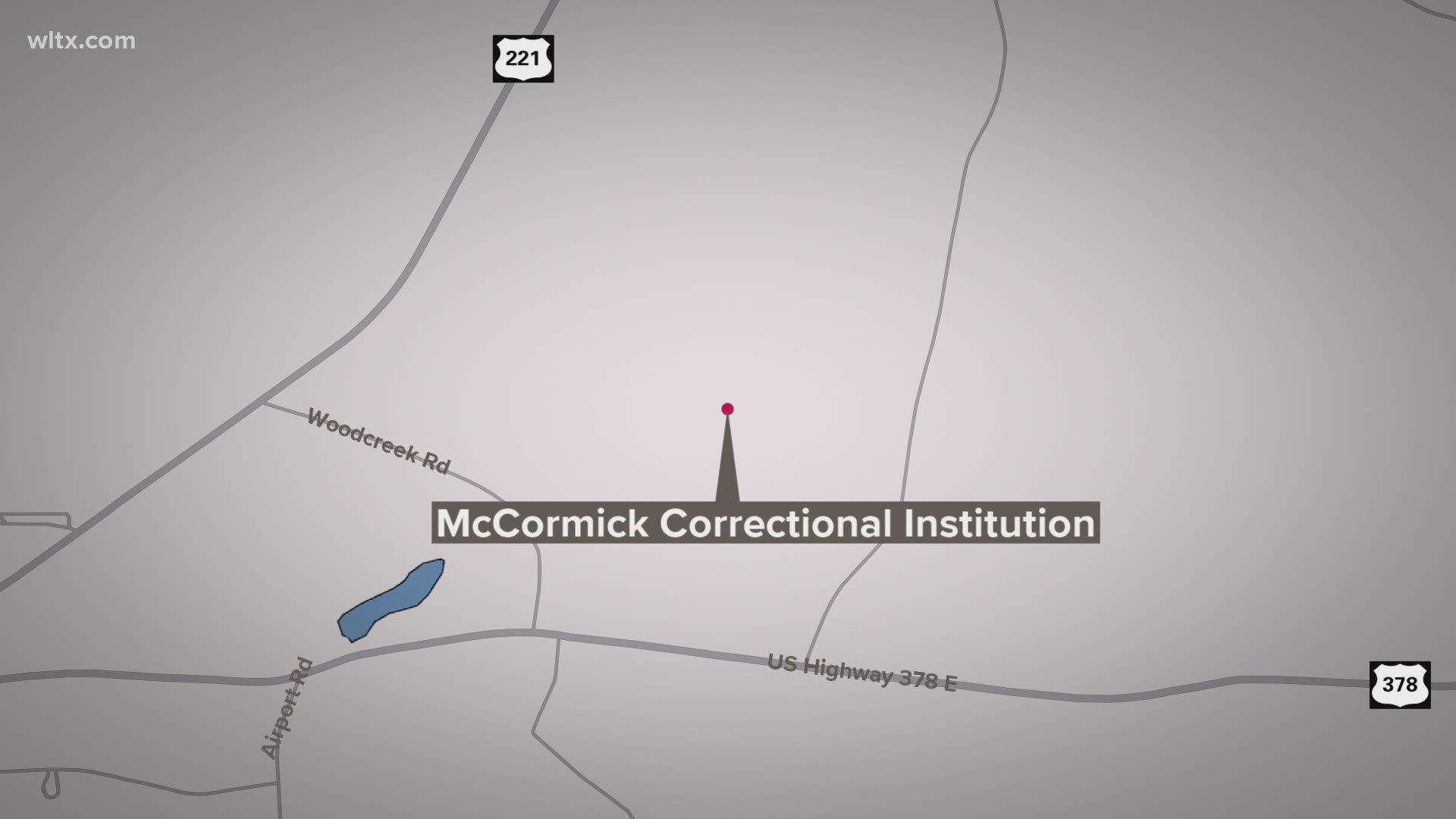 MCCORMICK COUNTY, S.C. — An officer was locked in a cell by inmates at a high security South Carolina prison Sunday night in an escape attempt. Officials say the incident is now over.

Officials with the S.C. Department of Corrections (SCDC) say an officer at McCormick Correctional Institution was locked in a cell Sunday night by inmates. Five inmates were later caught near an interior prison yard fence about 6 p.m., but no one escaped.

Officials say there were no physical injuries to staff. Two inmates were transported to a local hospital with non life-threatening injuries.

Just after 11 p.m., officials said the incident is over, and the institution is secure. SCDC police Services and the S.C. Law Enforcement Division (SLED) are investigating.

There are no physical injuries to staff. 2 inmates were taken to a local hospital with non life-threatening injuries.

Level 3 facilities are high-security institutions designed primarily to house violent offenders with longer sentences, and inmates who exhibit behavioral problems, according to the S.C. Department of Corrections. Housing consists of single and double cells, and all perimeters are double-fenced with extensive electronic surveillance. "Inmates at level 3 facilities are closely supervised and their activities and movement within the institution are highly restricted."