A 13-year-old runaway was beaten with a bat multiple times and sex trafficked in Virginia and Maryland in exchange for cash and drugs. 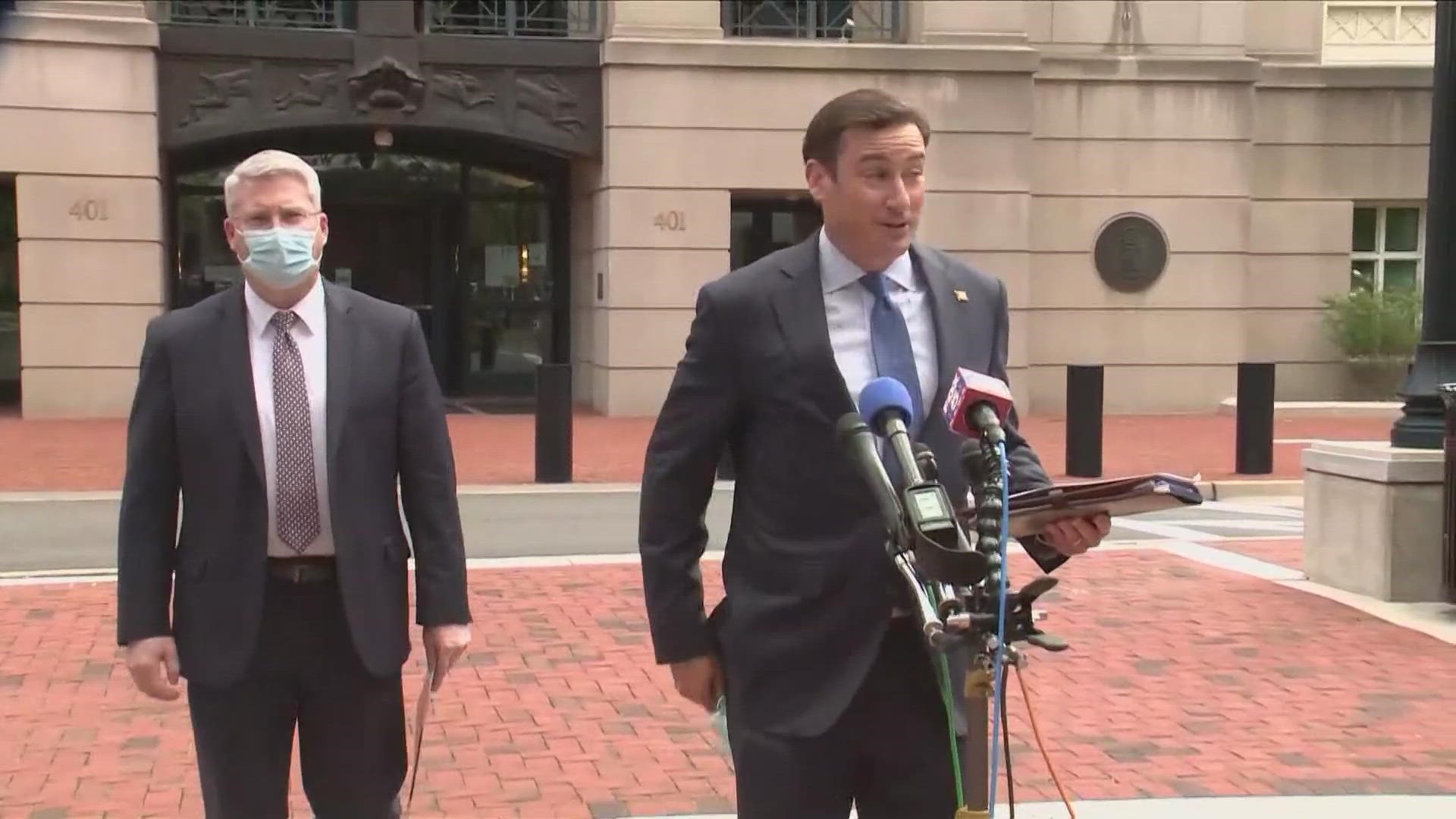 ALEXANDRIA, Va. — The Department of Justice announced the arrest of 11 alleged MS-13 gang members Wednesday, charged with the sex trafficking of a minor under the age of 14 and/or Violent Crime in Aid of Racketeering (VICAR) assault.

Court documents allege that a 13-year-old girl who had run away from a group home in Fairfax, was beaten with a baseball bat 26 times, on two separate occasions, in Woodbridge, and sex trafficked by MS-13 gang members in exchange for cash and drugs in Northern Virginia and Maryland between Aug. 27, 2018 and Oct. 11, 2018. According to court documents, police found photographs and videos of the 13-year-old while being sexually exploited, and social media messages regarding her trafficking and assault.

Zachary Terwilliger, U.S. Attorney for the Eastern District of Virginia, said that the 13-year-old was plied with marijuana, alcohol and cocaine while being trafficked in apartments and wooded complexes behind the apartments.

"MS-13 preys upon our immigrants by trafficking their daughters, beating and killing their sons for any sign of disrespect against the gang and by extorting hardworking immigrant families in this country by threatening them with violence in the United States as well as Central America," Terwiliger said. "Fighting MS-13 is not anti-immigrant. Fighting MS-13 is about as pro-immigrant as it gets.

“TEN MS-13 members and associates taken into custody on charges of the sex trafficking of a juvenile under the age of 14” Thank you to ⁦@FBIWFO⁩ ⁦@FairfaxCountyPD⁩ ⁦@PWCPolice⁩ and many other brave women & men in blue. pic.twitter.com/vNDATZEPwO

"MS-13 in Northern Virginia is known to be one of the area's most violent and deadly gangs," Jim Dawson, acting assistant director in charge of the Washington Field Office of the FBI. "They systemically use violence and initiate and intimate members through terrible acts that none of us should be willing to accept, and they do this while targeting the immigrant community."

Terwilliger also announced that Attorney General William Barr had allocated $35M in grant funding to provide safe housing and services to victims of human trafficking. Virginia will receive $868,000 of that grant money.