Police say Alex Murdaugh was arrested Thursday at a drug rehab facility in Orlando, Florida, where his attorneys say he has spent the past six weeks. 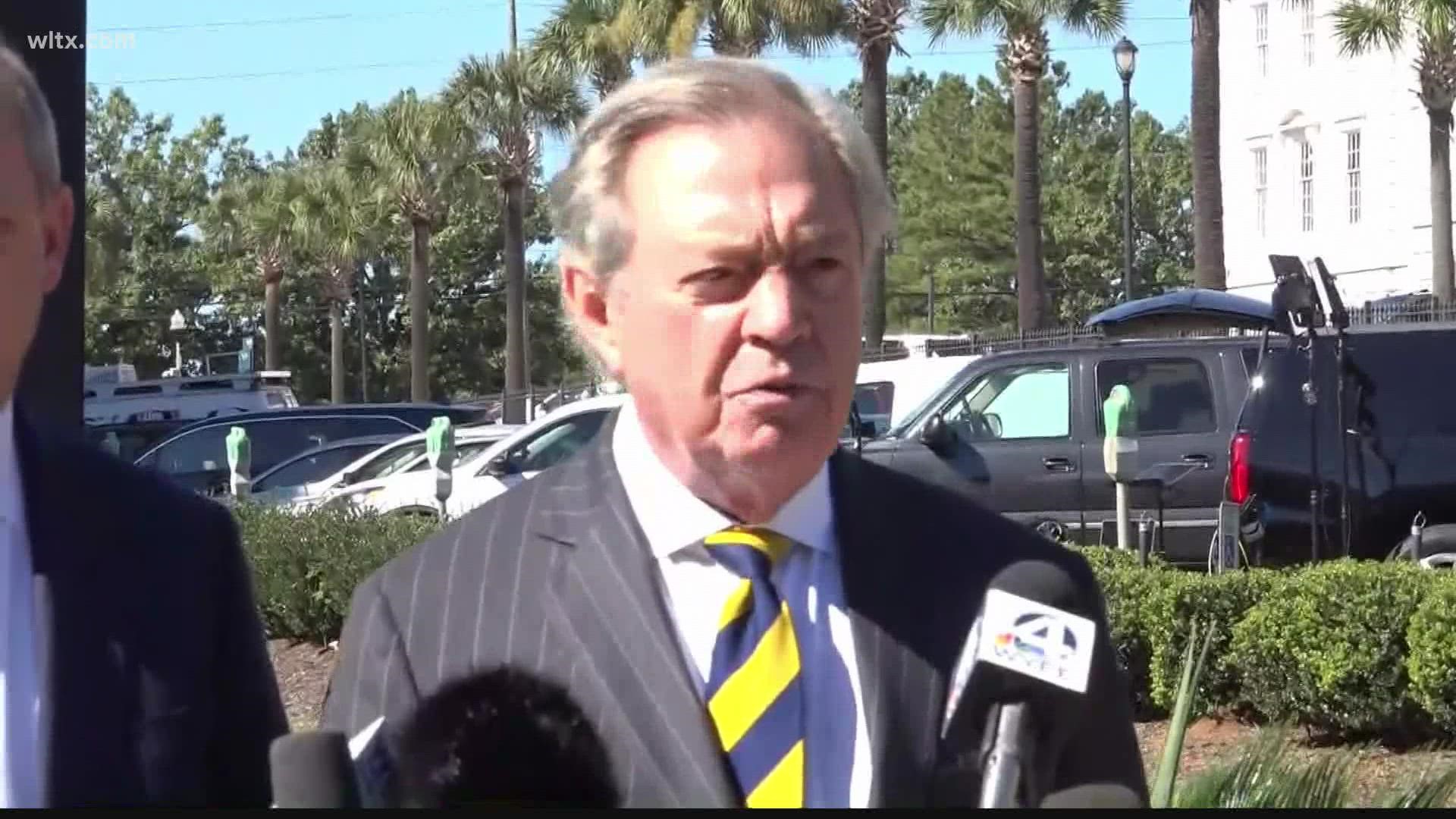 The decision came after an hour long hearing in Columbia Tuesday in front of Judge Clifton Newman. Newman said he wants Murdaugh to undergo a psychiatric evaluation and could reconsider his decision after that's complete.

“There is no amount of bond that the court can set at this point to safely provide protection to Mr. Murdaugh, to the community, and satisfy the conditions of the statute in my mind," said Judge Clifton Newman.

In his reasoning, Newman mentioned the recent killings of Murdaugh's wife and son and his drug problem as playing a part in his decision.

“The murder of his wife and son on June 7, 2021... his opioid addiction spiraled out of control and he became reckless in his financial dealings," said Newman.

Prosecutors described to the judge their allegation that Murdaugh used portions of a $3.4 million insurance settlement to pay off his father, personal credit card bills, and checks to himself. The payments were supposed to go to the sons of his longtime housekeeper, who died in 2018 a few weeks after falling at the family’s home.

State police said Alex Murdaugh was arrested Thursday at a drug rehab facility in Orlando, Florida, where his attorneys say he has spent the past six weeks since claiming he was shot in the head.

Murdaugh's housekeeper, Gloria Ann Satterfield, fell and hit her head at Murdaugh's residence on Feb. 2, 2018. She would later have a stroke, go into cardiac arrest, and die less than a month later.

A separate civil lawsuit filed by the housekeeper's sons says Murdaugh arranged for more than $4 million in insurance payments over Satterfield's death but never turned the money over to her family.

Last week's arrest is the latest development in a series of investigations involving Alex Murdaugh and his family.

RELATED: The Murdaugh family: A timeline of events

Murdaugh's former law firm, PMPED, is suing him, claiming he embezzled client and law firm money for his personal use.

The lawsuit said they discovered a bank account in Murdaugh's name which he used to convert money owed to the law firm and their clients into money for himself.

He also faces charges of fraud, conspiracy to commit insurance fraud, and filing a false police report after he allegedly hired a man to kill him so that his son could collect the insurance money.

Paul's death came as he was awaiting trial for boating under the influence and causing a 2019 crash that killed a 19-year-old woman, Mallory Beach. He had pleaded not guilty.

Earlier this summer, the South Carolina Law Enforcement Division (SLED) reopened a case from 2015 when the body of 19-year-old Steven Smith was found in the middle of the road in Hampton County.

On September 6, Murdaugh announced he was resigning from his law firm and entering rehab, after he was shot the previous weekend and months after his wife and son were killed.

Murdaugh's attorney Dick Harpootlian said he understands he judge's concerns about Murdaugh's mental health and is happy to comply with his request for Murdaugh to seek psychiatric treatment.

He said he's already been in contact with treatment centers in Georgia and Florida and will have a report ready to present to the judge next week.