Neighbors in Batesburg-Leesville are speaking out after a shooting in their neighborhood results in two young girls getting shot. 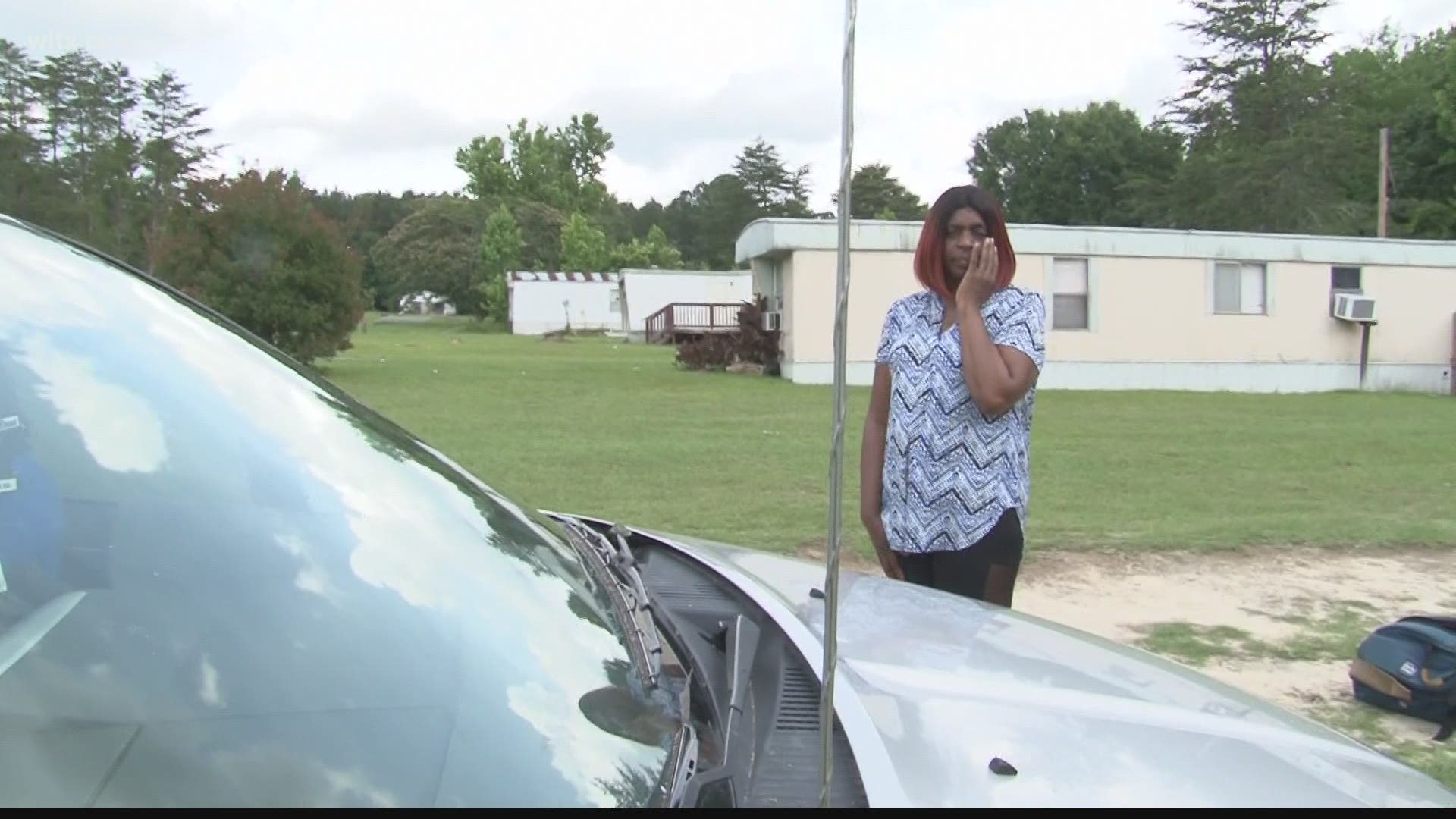 BATESBURG-LEESVILLE, S.C. — Neighbors in the Batesburg-Leesville community in Lexington County are shaken up and sharing their reaction to a shooting on Wednesday night. Two young girls were injured after stray bullets hit one of the victims home.

One girl, Tashay Jay, 11, was killed after being struck by a bullet. Her friend was also hit by a bullet and she was sent to the hospital.

"All I heard was pow pow gunshots and people jumping in the cars and zoom down the road," said Jonathan Smith, Neighbor "I did not see the shooter or no shooters at all."

Lexington County Sheriffs Department (LCSD) said the shooting happened at a party. Multiple nearby homes and cars were struck, including Smith's home.

Alicia Burgess lives next door to one of the victims. She said she was injured after ducking for cover on her floor in her home.

"My granddaughter come in the house and she said 'grandma it's getting crazy out there'. By that time we heard pop-pop-pop-pop and she took me to the floor. This is what I got in the process. I got a bruise in the process minding my own business."

Another neighbor telling me she was injured after dodging the stray bullets that hit her home. @WLTX pic.twitter.com/WYd0woVpX6

Captain Adam Myrick with Lexington County Sheriff's Office said there is no suspects as of Thursday. Captain Myrick said they are still investigating the situation.

"We have no reason to believe that this was a random event," Captain Myrick said. "No one drove down this road, and just randomly ended up in this part of the county and ended up in that particular specific location."

The neighbors told News 19, they have never experienced anything like this in their neighborhood before.

“It was a quiet neighborhood," Burgess said. "It was, I mean more like an adult community. There’s kids out here but these kids don't bother nobody."

"When I first moved out here, it was very quiet," Smith said. "We didn’t have all that going on."

Captain Myrick said if anyone has any information that could help law enforcement solve this crime, they are urged to called CrimeStoppers at 1-888-CRIME-SC.

Alicia Burgess, Neighbor < “I want us to come together as people, we went through a pandemic that should have taught us something but it didn't. It didn't teach us nothing.”