Sumter Police Chief Russell Roark announced Tuesday that Adams’ body was found in a landfill in Richland County, and that tests confirm it is the body of the girl. 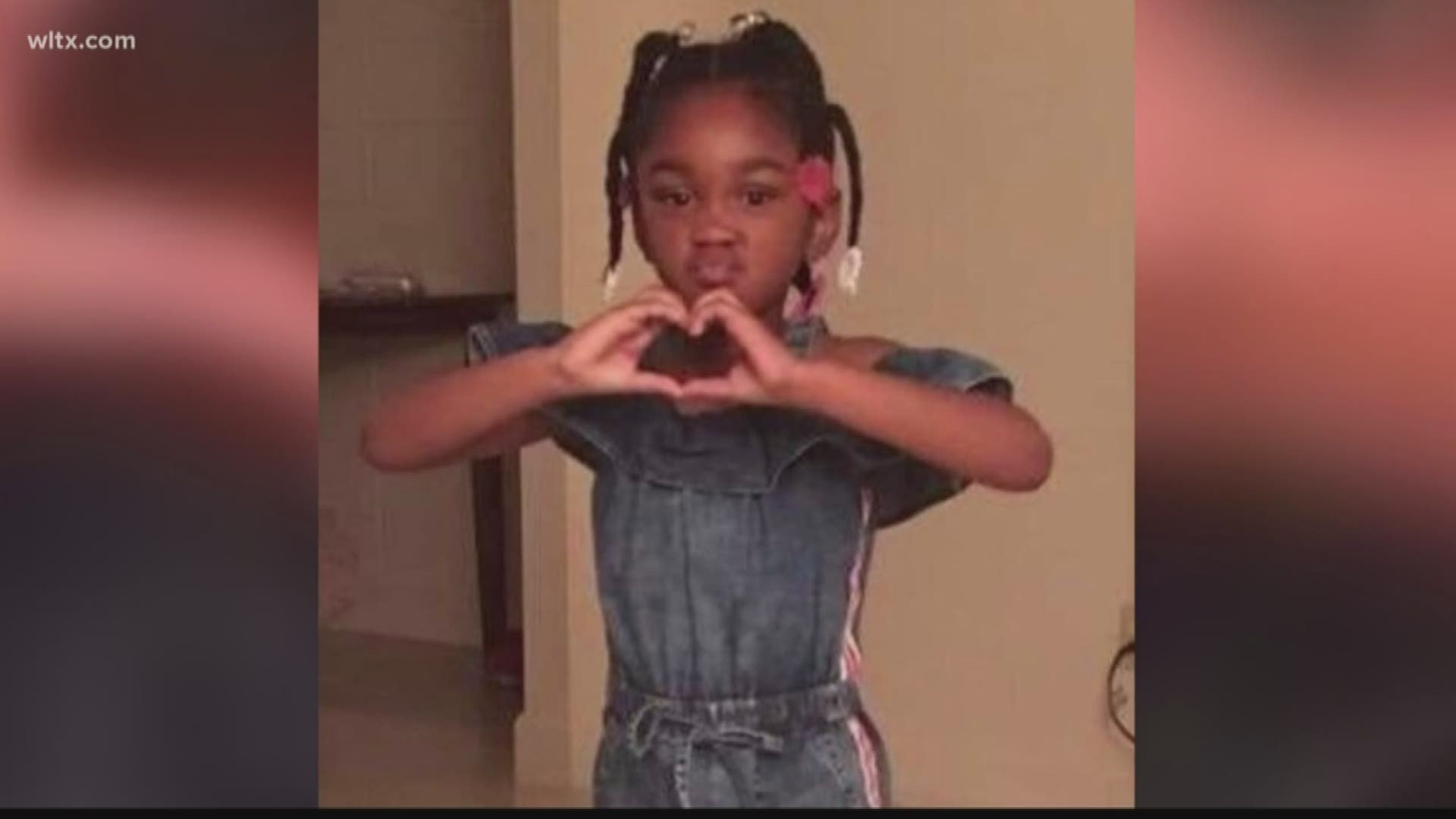 SUMTER, S.C. — Sumter police have recovered the body of Nevaeh Adams, the 5-year-old Sumter girl who was killed along with her mother over the summer.

Sumter Police Chief Russell Roark announced Tuesday that Adams’ remains were found in a landfill in Richland County on October 18, and that DNA tests conducted that day confirmed it was the body of the little girl.

"It was in fact Nevaeh that we had located in the landfill," Roark said.

RELATED: 'We will not stop': Search continues for missing Sumter 5-year-old

The news ends the over two and a half month long search for her remains. South Carolina Law Enforcement Division Maj. Stewart Robinson, who was put in charge of coordinating the multi-agency search, laid out the difficult task of finding the little girls remains.

"It was a daunting task that could not have been accomplished by one agency," Robinson said.

Robinson said his crews were allowed onto the site on September 16. He said it took two weeks to build and prepare the search site at the landfill. Tri-County Electric Cooperative had to install an electrical grid and SCDOT had to install roads to get crews in and out.

A hole was dug into the ground at the landfill and the items were laid out on a special search pad that was six inches thick.

More than 400 searchers from 40 different state and local agencies began sifting through almost 4 million pounds of material. Forensic experts were brought to the scene to analyze what was found. Each night, the site had to be covered with a white tarp to protect it.

In all, crews searched for 25 days at the landfill.  Roark said he hopes it gives the family and the community some closure.

"It had an unimaginable impact in our community, on the family who were not ready to bury their children," the chief said. "It's an impact that we will live with for the rest of our lives."

Nevaeh's father, Dupray Adams, was at the news conference when the news was announced, and cried at one point as the information that he'd learned days ago was made public to everyone.

"That was the first time in there that I cried that hard in a couple of days," he said. "Even when I go the news I didn't cry."

"I don't have tears because of what they found," he added. "She's with the father. She's in heaven. If that's the case then I know she's resting well."

Sumter police believe Neveah and her mother, Sharee Bradley, were killed on August 5 at their home at the Lantana Apartments by 29-year-old Duante Johnson. Johnson was located a short time after the killings.

Police have said that Johnson confessed to killing them both with a knife. Johnson told officers he dumped Nevaeh's body in a nearby dumpster after the killings, according to investigators.

Credit: Sumter Police Department
A video showing crews searching a landfill in Sumter county for the body of Nevaeh Adams.

At a news conference announcing the charges in Adams' death back on August 26, Roark said there had been forensic evidence, including blood, collected at the crime scene that led them to charge him with killing the girl, even though her body had not been located.

A warrant released last month said officers have in their possession the murder weapon, which is described in the warrant as a large folding knife. Officers say he used it to kill them both.

In the days after the killing, officers searched landfills in both Sumter and Richland Counties where they believe the dumpster's content had been taken, but no remains were ever found in that search.

It was Bradley's 12-year-old son told law enforcement that his little sister, Neveah, was missing. Shortly after officers realized she was missing, Johnson was arrested on Susie Rembert Street, about a block from the apartment complex.

Johnson has a criminal history that dates back 10 years that includes both Missouri and Charlotte, North Carolina.   When he was arrested, officers say, he was driving a stolen car that he took from Aaliyah Stanley of Missouri.

The warrant also states Johnson shot and killed Stanley out in Missouri, stole her vehicle, and traveled to Sumter. They say he was attempting to sell it in the area.

Johnson remains behind bars at the Sumter County Detention Center.