The shooting happened at the Big Bear Supermarket near South DeKalb Mall. 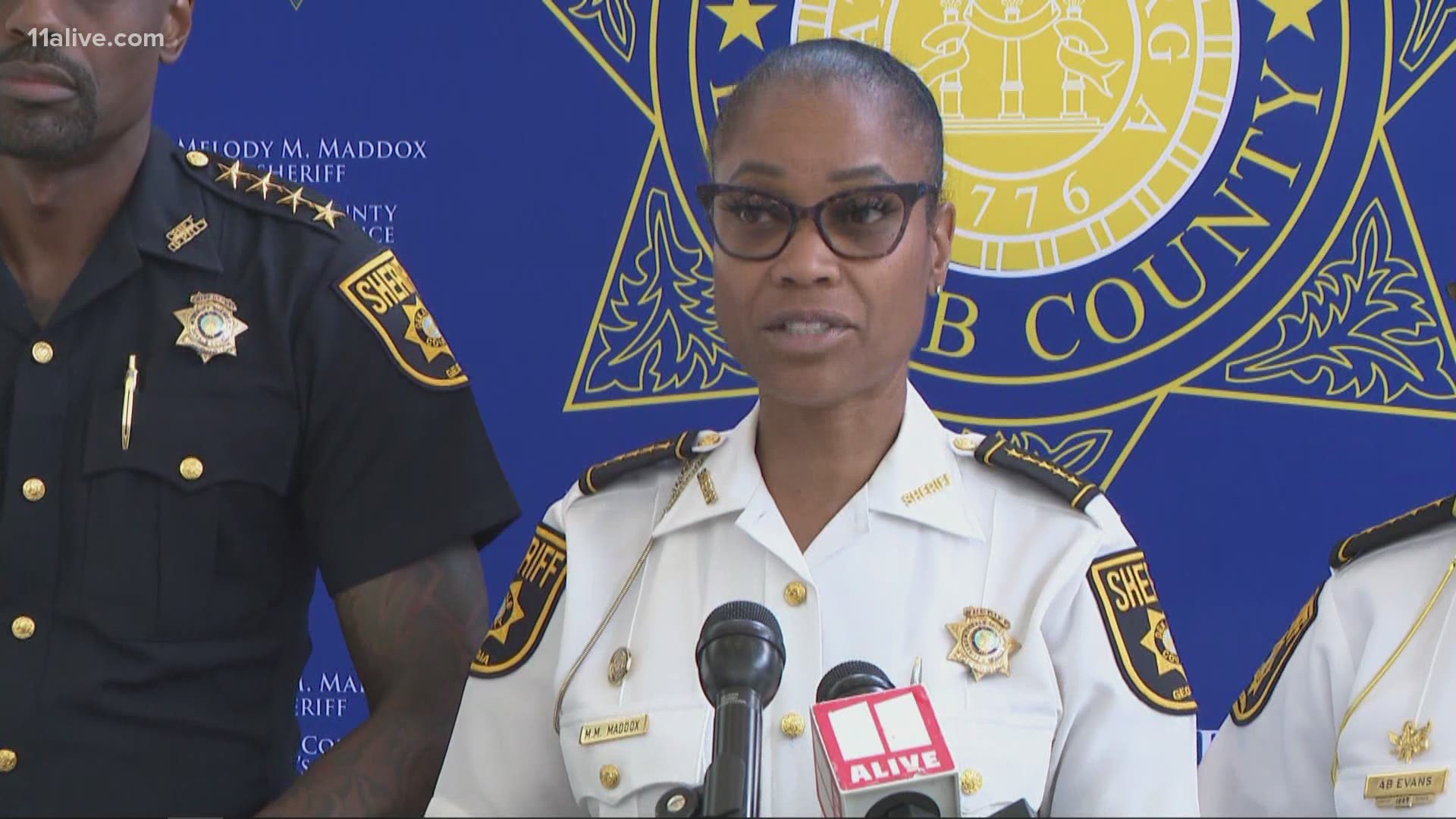 DEKALB COUNTY, Ga. — Authorities have identified the suspect in a shooting in DeKalb that injured a deputy and left a cashier dead.

Authorities said a DeKalb County Sheriff’s Office reserve unit deputy was injured during the shooting at the Big Bear Supermarket near South DeKalb Mall around 1:10 p.m.

DeKalb County Sheriff Melody Maddox said the violence started as a dispute between the suspect, later identified as 30-year-old Victor Lee Tucker Jr. of Palmetto, and a cashier over a mask. According to the Georgia Bureau of Investigation, Tucker left without making a purchase but immediately returned inside.

At the request of the DeKalb County Sheriff’s Office, GBI agents are responding to an OIS on Candler Road. We’re headed to the scene to gather info. pic.twitter.com/0aOF1GVkya

"The subject pulled out a weapon and shot the cashier at the location," Maddox said adding that the cashier has since died.

She said the deputy, 54-year-old Danny Jordan, a 30-year veteran of the DeKalb County Police Department who was now working with the sheriff's office, attempted to intervene was shot as well. Maddox said he pulled out his gun and opened fire after Tucker shot the cashier.

Tucker was hit and taken to Grady Memorial Hospital after being arrested by arriving DeKalb Police officers. According to the GBI, he was found crawling out the front door of the supermarket.

However, deputy Jordan was also shot twice and taken to Atlanta Medical Center. The cashier identified as Laquitta Willis was officially pronounced dead at Grady.

A witness, identified as Alan Williams, said Tucker walked into the store, struck the cashier with a gun, then shot her. That's when the deputy and the suspect exchanged gunfire.

Authorities said deputy Jordan was working a part-time security job at the store. Reservists, the spokesperson said, are not active duty and most are retired.

The GBI said they have been requested to investigate the shooting. The DeKalb County Police Department is also investigating the incident overall.

The condition of the deputy is unknown at this time but Sheriff Maddox said he is stable. The suspect was also listed as stable according to the GBI.

The state agency added that another cashier was also grazed by a bullet but was treated for her injury at the scene.

11Alive is working to gather additional information. Check back for updates as they become available.