Orangeburg family remembers 14-year-old who was shot, killed outside his home

14-year-old Tyler Benjamin was shot and killed as he sat outside on the porch Monday night. 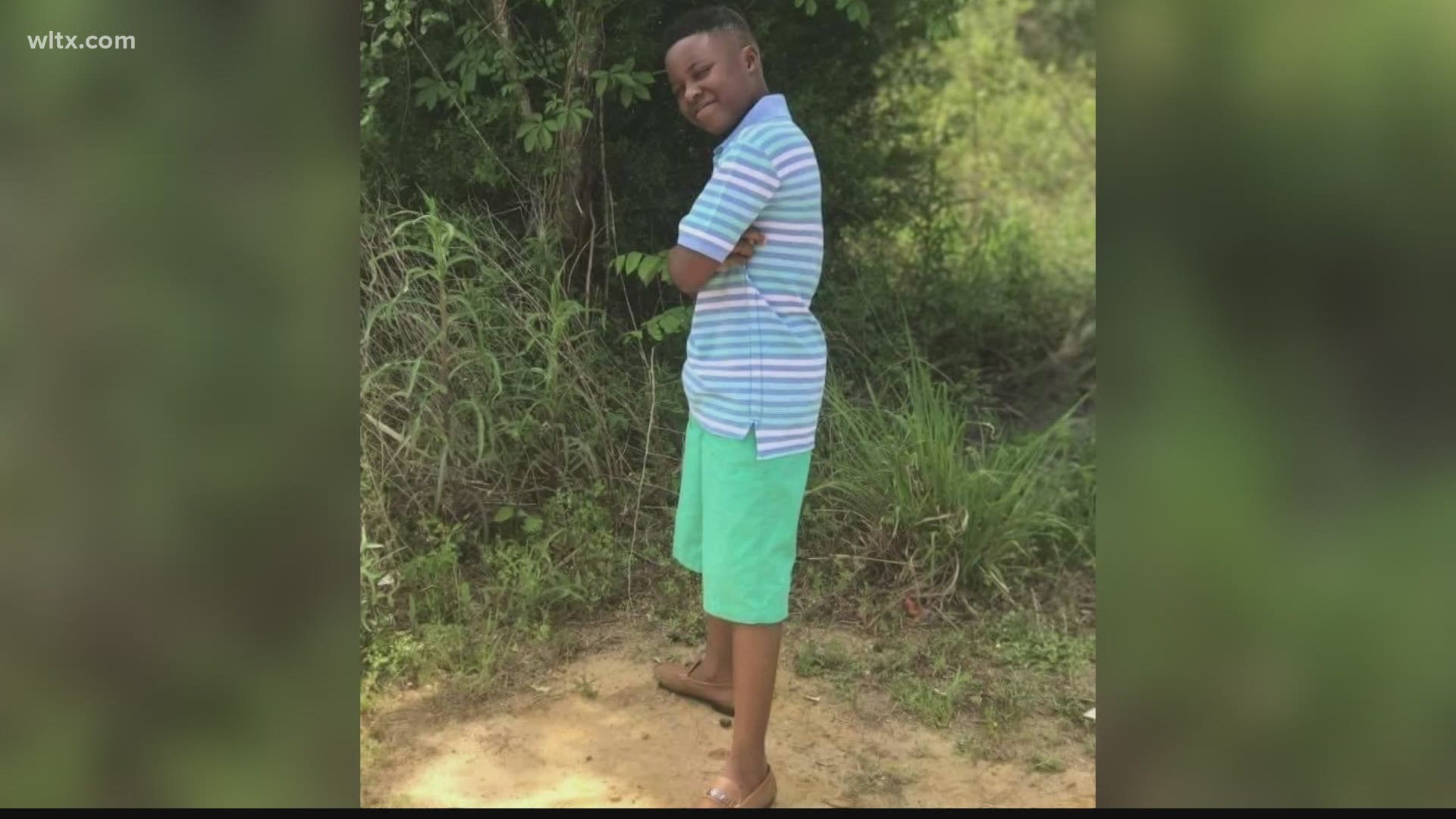 SANTEE, S.C. — An Orangeburg County family is devastated after 14-year-old Tyler Benjamin was shot and killed outside of his home on Monday night.

Roshika Oliver, Tyler's mother, remembers him as a special teen.

"He's the one who wakes me up every morning," Oliver said. "I'm still looking for him to wake me up. I wish this were a dream."

His mom said he liked to help out around the house and ride dirt bikes. He also had dreams of becoming a businessman one day.

"He always loved to be home and come up with a hustle," Oliver said. "One of those hustles dealt with dogs. He loved dogs, and he wanted to breed them, which he started doing."

Investigators are working to get answers in Tyler's death. His family says that there have been several random shootings in the community.

Gloria Oliver, Tyler's grandmother, is hoping that these shootings will stop.

"I'm praying that it will," Gloria Oliver said. "Not because it happened to my grandson, but for the community."

"They took a piece of us," said Tamika Palmer, Tyler's aunt. "I have never hurt like this before. I can't stop crying."

Tyler's mother says she won't be able to rest until police find the person responsible for taking her son away from a community and family that loved him.

"Tyler knew, as his mother, I had his back," explained Roshika Oliver. "I supported everything he did, and he knew that. Now, I have to continue to have his back."

Anyone with information that could lead to an arrest is urged to call Crimestoppers at 1-888-CRIME-SC.

Tyler's family is hosting a balloon release in his honor Friday evening at 6 p.m. at 3104 Tee Vee Rd in Santee. The event is open to the public, but the family is asking people to wear a face covering, social distance, and bring red, white, or gold balloons to release.