The student, who is charged with making threats to a school, has been released to his parents. 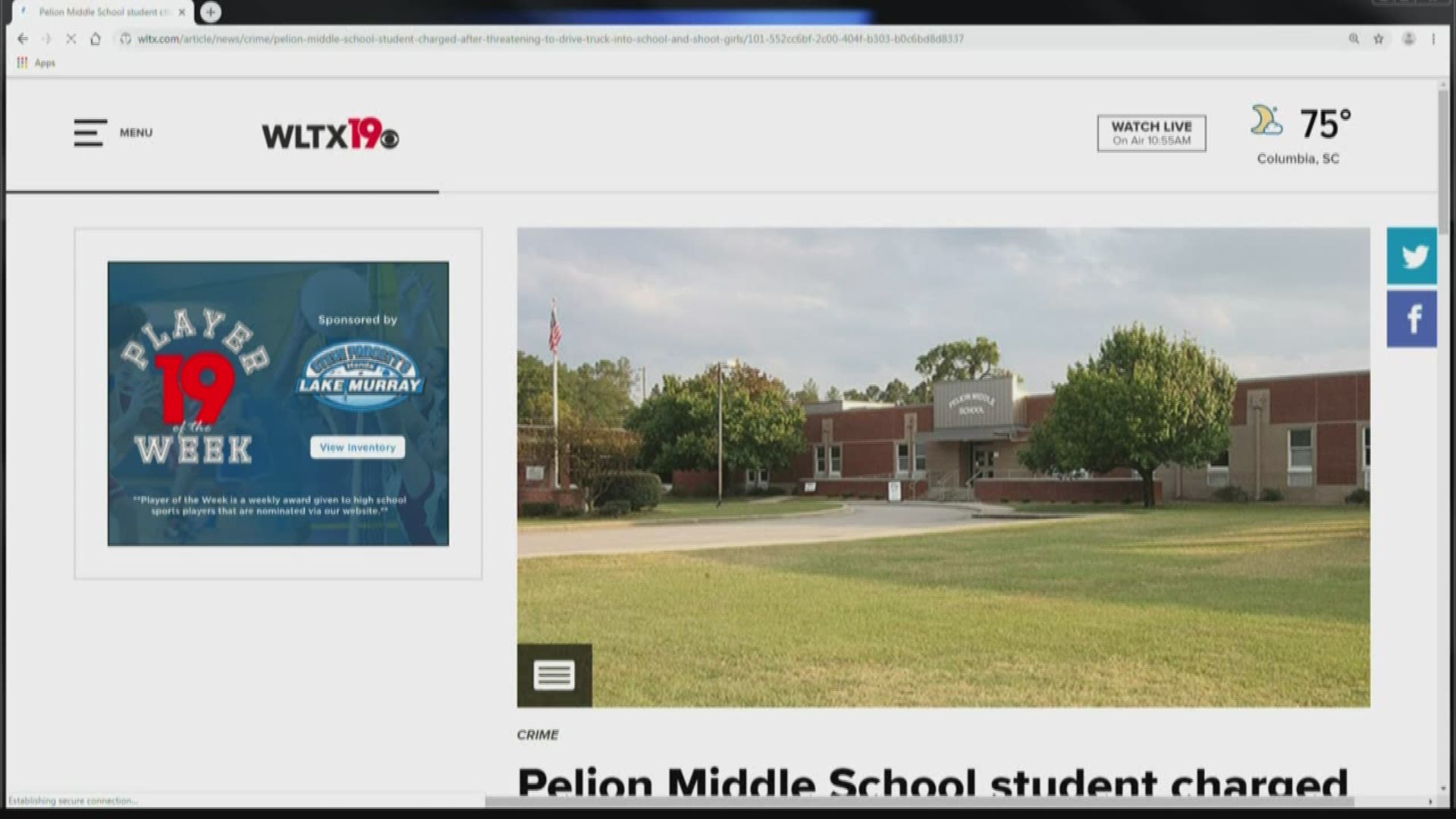 PELION, S.C. — A Pelion Middle School student has been charged after he made a comment to a school employee Wednesday about shooting students.

Lexington District One officials say three eighth grade female students at Pelion Middle school upset an eighth grade male student during lunch in the cafeteria on Wednesday. The male student later spoke to a school employee and made remarks that could be interpreted as a threat. The employee reported the student’s remarks to school administrators, who reported the incident to the Lexington County Sheriff's Department.

Lexington County investigators interviewed the male suspect, whose name will not be released because he’s under the age of 17, after he made a statement about driving his truck into the school and shooting some girls with whom he had a confrontation Wednesday, according to an incident report. Deputies later determined he did not have access to weapons at his home after searching the residence.

The student is charged with making threats to a school. He’s been released to the custody of his parents.

Because of this student’s individual circumstances, district officials say there will be an additional step in the process while he waits for an expulsion hearing with the district’s hearing officer. He has, however, been suspended.

“Pelion Middle administrators notified our school resource officer about the threat,” Lexington County Sheriff Jay Koon said. “This is an example of how a strong relationship between administration and the SRO creates a level of safety and security on a school campus.”

The teen will appear in Lexington County Family Court at a later date.