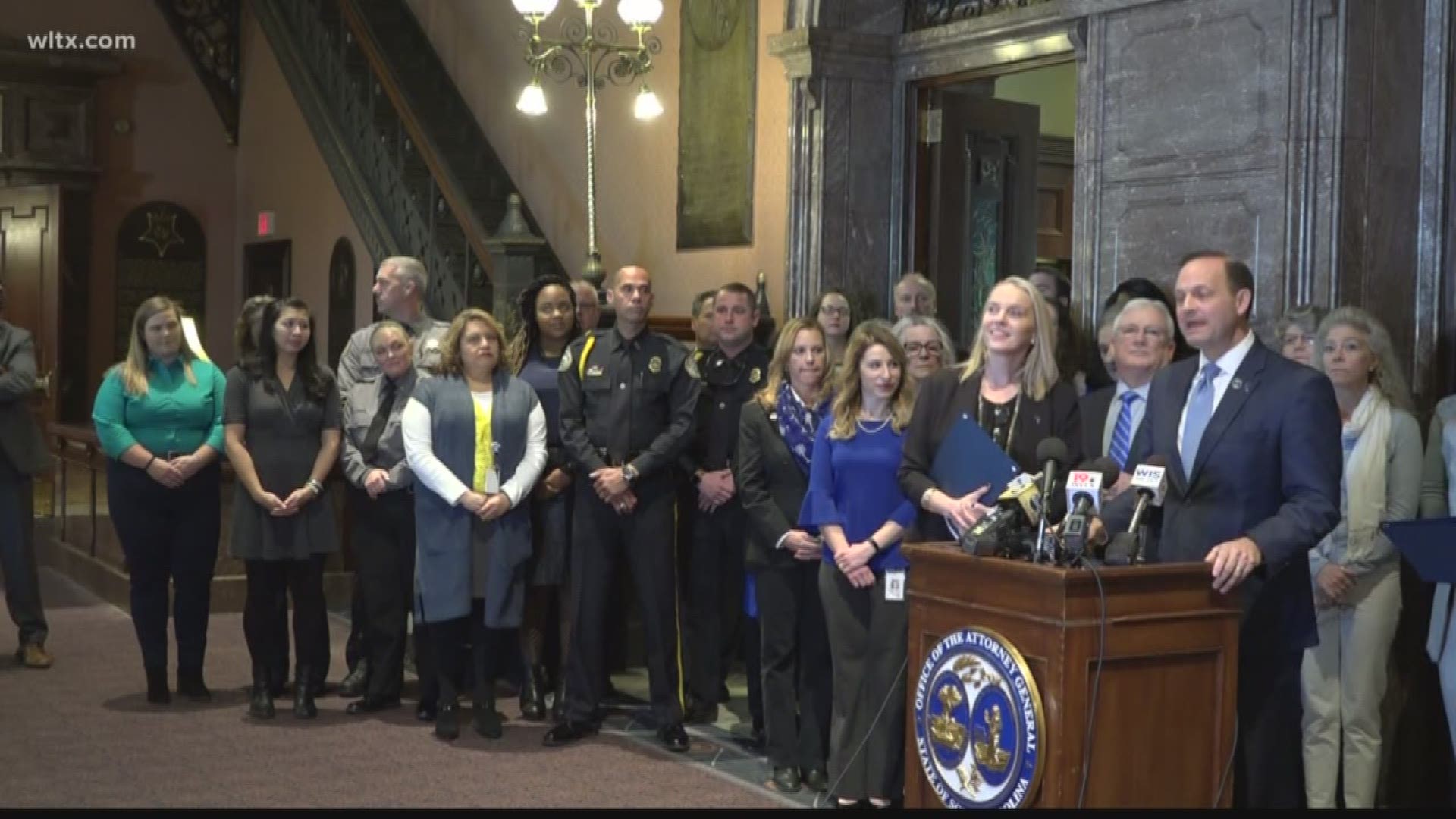 COLUMBIA, S.C. — Columbia, SC (WLTX) -- Human Trafficking is the second largest crime worldwide and something that our state is constantly fighting to end.

Wilson released the State's 2018 Human Trafficking Task Force Annual Report and also mentioned that South Carolina has been recognized for the most improved state in the nation for combating human trafficking. It is an honor that is not stopping everyone involved from working even harder in 2019.

According to the report the top five counties in the state remained the same five. Richland County is the number one for cases reported to the National Human Trafficking Hotline, followed by Horry, Greenville Charleston and Beaufort Counties.

"I think Richland County is doing something right because they are finding it and going after it and the more you look the more you find," Wilson said.

For many who see the struggles victims face said this year was a success. Lighthouse For Life CEO Jennifer Thompson is someone who sees these efforts first hand and is excited for what is to come.

"When you are able to see someone go from what I say victim to survivor and make these steps and grow in their independence, learn the difference between secrecy and privacy, and take ownership of their life, and make their own choices, start their own businesses, it's like cocoon where you see a butterfly come out," Thompson said.

However Kaneshia Greene who battles more with labor trafficking said this is a problem that goes a little more unnoticed in both the community and with victims.

"They are looking at their victimizer as a father figure or an adult figure in their lives or a lover. So a lot of times they don't see it as they are harming my life, this is not good for me," Greene said. "So a lot of the times it was just this child is just promiscuous and it's like no, something else is going on there and that's the things we need to work on.

Wilson said funding will play a major role this year to continue the fight against human trafficking.

Also at the Human Trafficking Awareness Day press conference News 19 caught up with LT. Governor Pamela Evette who said her and Governor McMaster will support the legislation and funding that will be needed to continue combating human trafficking. She said they will also be trying to bring awareness to this issue.

"This is not something that just affects a small section of people. Anyone can be a victim. I think every mom, every dad in the state, we worry every time our children walk out of the house and that is why I am very proud to learn about this, be a face for it," Evette said.

If you see something or someone suspicious, call the National Hotline for Human Trafficking at 1-888-373-7888.