The suspect reportedly pointed a gun at the clerk and stole money before leaving the store. 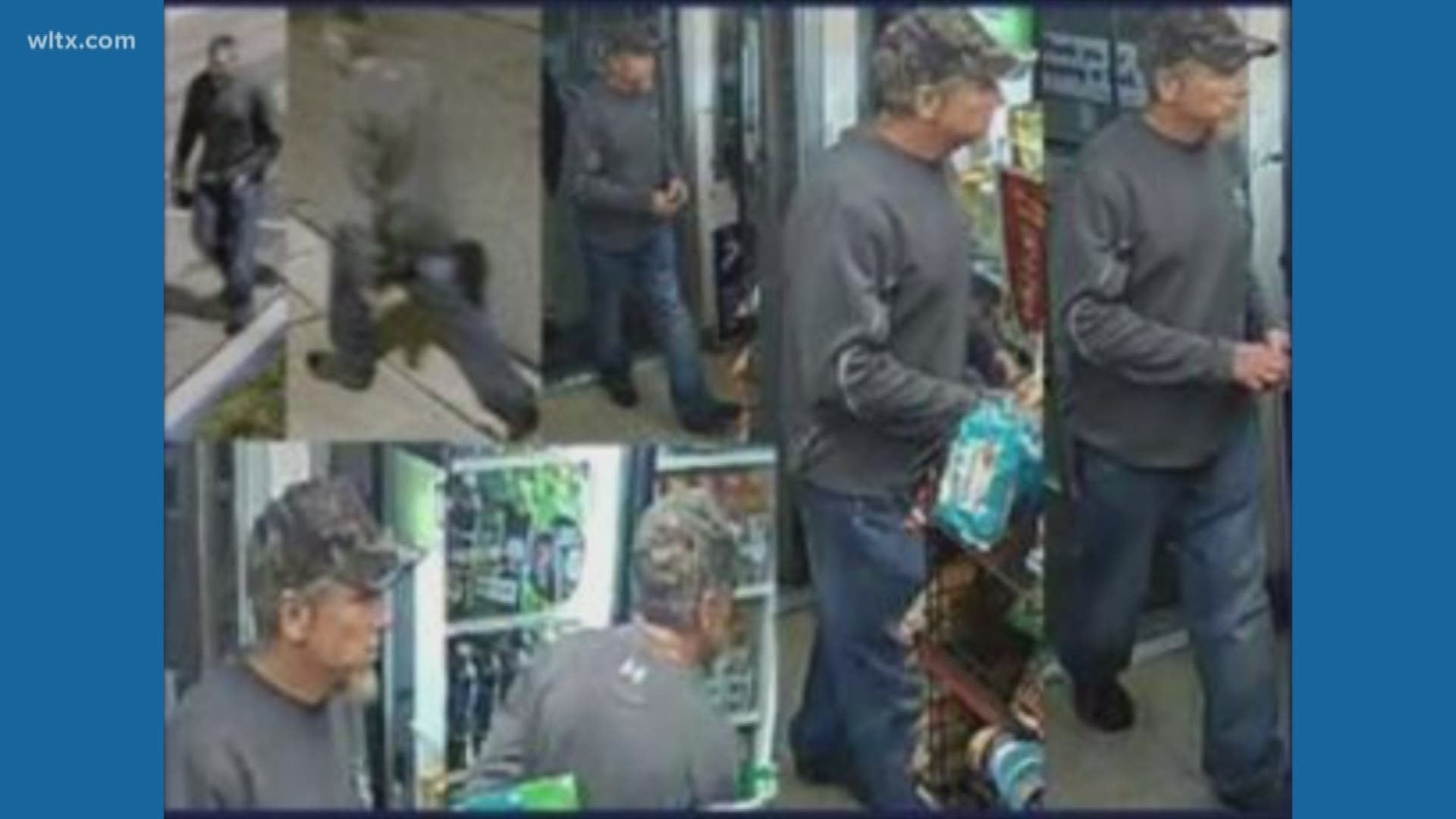 COLUMBIA, S.C. — Columbia Police Department (CPD) is looking for a man wanted in connection to an armed robbery at a gas station on Harden Street.

According to CPD, the robbery happened at the Shell Gas Station located at 831 Harden Street shortly before 7:00 p.m. on December 27, 2019. The suspect reportedly pointed a gun at the clerk and stole money before leaving the store. No one was injured during the crime.

The suspect is described as being a white male, possibly in his 50’s with a light gray/brown goatee, who stands 5’8″ and weighs between 160-190 pounds. He was last seen wearing a gray ‘Under Armour’ Clemson University long-sleeved shirt, blue jeans, dark-colored shoes with a camouflage-style hat with a design in the middle.

Citizens who recognize the person in the surveillance pictures are encouraged to contact CRIMESTOPPERS in any of the following ways: