Video: Man shot 7 times may have been targeted for his BMW, Rolex, HPD says

The victim survived and was even able to shoot back, but the robber got away. Police found evidence that links the suspect's gun to another recent robbery. 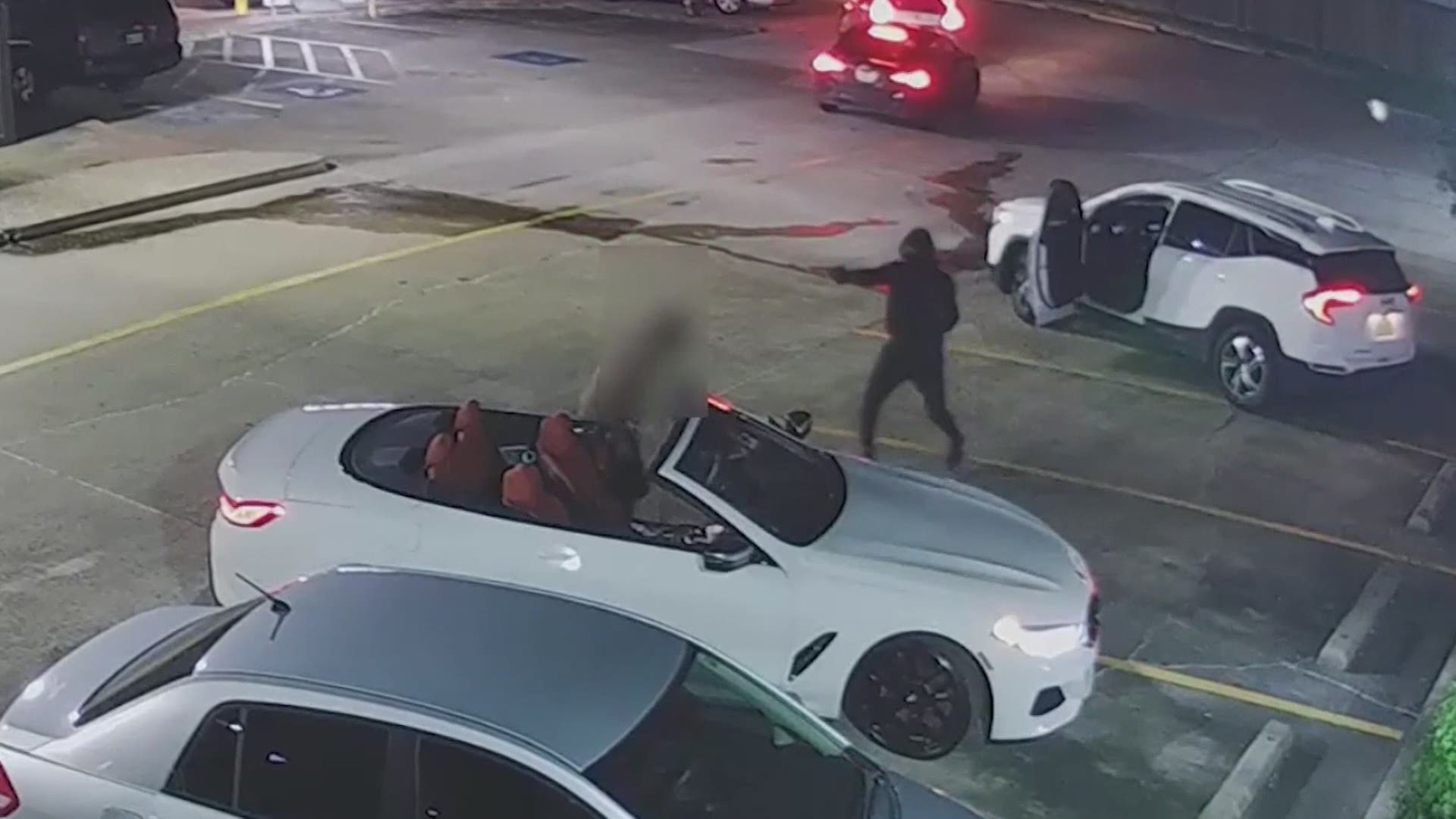 HOUSTON — Houston police have just released surveillance video of a violent robbery that happened on May 28 in which the victim was shot seven times.

They hope someone may recognize the suspect they believe is responsible for not only this crime but another violent robbery that happened on May 7.

Houston police said a man pulled into a fast-food restaurant parking lot in the 3100 block of Fountain View on May 28 because he wanted to grab a shirt out of his trunk.

He was ambushed by a suspect who put a gun to his head and demanded his property, police said.

When he refused, the suspect started shooting at him, striking him seven times in the chest, legs and hand.

“A lot more of our suspects have guns involved, and not only do they have guns, they’re using them,” said Sr. Ofc. Jeff Brieden with HPD’s Robbery Division.

Police said while the man was being shot at, he was able to reach for his gun and fire at the suspect, who was possibly injured but he got away.

The victim was able to get back inside of his vehicle and drive away to find help. He survived after two days in the hospital.

Officer Brieden thinks the suspect followed the victim, possibly for his BMW convertible or Rolex watch.

This is raw video of the attack.

“At the end of the day, these suspects don’t care, just like this guy,” Brieden said. “He didn’t care if there were cars in the line, if there would be a problem with possible crossfire.”

“The next victim may be not be so lucky, so we need the public’s help,” Brieden said.

Police said two people had just gotten out of their vehicle and were approached by an unknown man who pointed a gun at them while demanding their property.

The victims ran away from the suspect who police said shot at them twice, narrowly missing them.

The only description police have of the suspect is that he is a Black man who is about 5 feet 10 inches tall. He has a skinny build and on the robbery that happened May 28, he got away in a small white SUV.

“The last previous years, robberies are actually down, and our Crime Stoppers tips are up over 200 percent,” Brieden said. “It definitely has worked for us.”

Houston police are asking anyone who may recognize the suspect or know anything about these robberies to call Crime Stoppers directly at 713-222-8477. Information leading to the charging and/or arrest of the suspect in these robberies may result in a cash payment of up to $5,000. You can submit tips online or through the Crime Stoppers mobile app.