Self entered an Alford plea for the crash that killed his daughter and daughter-in-law in 2018. 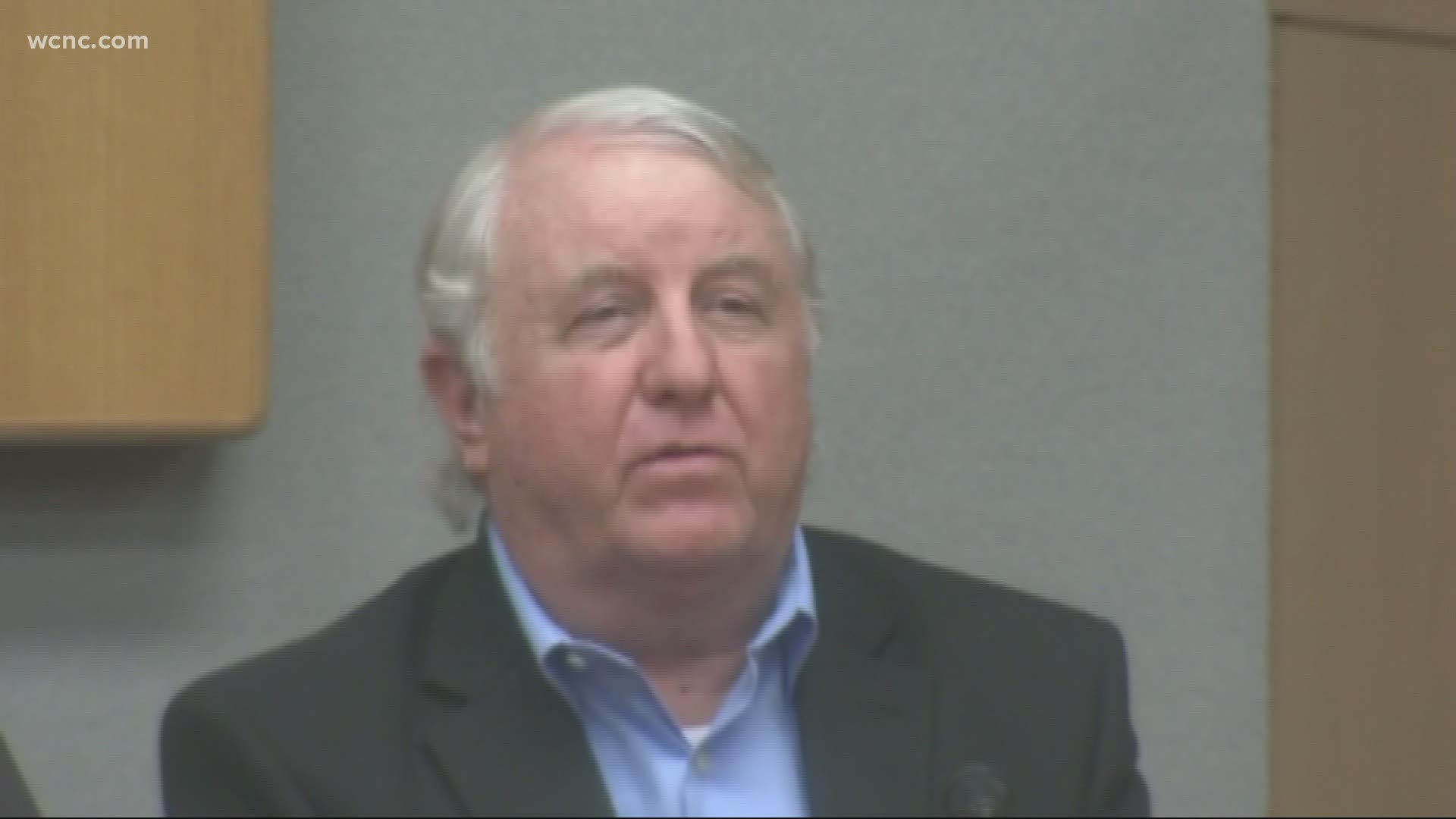 GASTONIA, N.C. — After more than two days of testimony, Roger Self took the stand at his own sentencing hearing Thursday afternoon. Cross-examination of Self continued Friday morning.

Self's testimony marked the first time the public heard from the prominent Gaston County businessman since May 2018 when he crashed his car into a Bessemer City restaurant, killing his daughter and daughter-in-law.

Earlier in 2021, Self-entered an Alford plea, which is a plea used when a defendant does not admit to committing a crime but acknowledges there may be evidence that could secure a conviction.

Self, his daughter Katelyn, and daughter-in-law Amanda, were having lunch with their family at the Surf & Turf Lodge on May 20, 2018, when he left the restaurant. He then got into his car, and drove it into the restaurant, killing Katelyn and Amanda. Katelyn was a corporal with the Gaston County Sheriff's Office, while Amanda was a nurse at CaroMont Regional Medical Center in Gastonia. Other family members hurt included his son Joshua, Self's wife Dianne, and a 13-year-old granddaughter.

During his emotional testimony, Roger Self said he began feeling extreme guilt after making multiple visits to strip clubs and massage parlors, as well as kissing a housekeeper, in 2016 and 2017.

Even though he ultimately confessed to his wife, Self said his mental health worsened, particularly around February 2018.

"I felt like this pain is because God has just forgot about me," Self said. "I felt like he forgot me."

RELATED: 'It was driven by illness' | Psychiatrist testifies in Roger Self's defense at trial

At the time, he said he was desperately trying to seek help, but the medications he was prescribed weren't working.

On May 20, 2018, Self went to Venture Church with his family and sat next to his daughter, Dep. Katelyn Self.

After services, they went to the Surf and Turf Lodge, where Self said he began shaking.

He excused himself from the table and got into his car and accelerated into the building.

He said he had been in a dream-like state and felt no emotions at the time.

Prosecutors began cross-examining Self for about 30 minutes late Thursday afternoon with a continuation on Friday morning.

The first day of the sentencing phase saw Joshua Self take the stand, who said his father's mental health had been declining in the months leading up to the crash. Catherin Picard, an EMT with Crowders Mountain Rescue, was one of the first people on the scene, and said Roger Self told her "That he knew what he had done, that he did it". A Bessemer City Police Officer also testified that Roger Self tried to reach for his firearm as Self was handcuffed and taken into custody.

During the second day of sentencing, Self's defense attorney took efforts in an attempt to seek a shorter prison sentence for the former businessman. Dr. George Corvin, a forensic psychiatrist who had multiple sessions with Self, said Self had symptoms of depression and anxiety for several years but had expressed guilt in early 2018 for visiting strip clubs and massage parlors, along with an extramarital relationship with a housekeeper. Corvin said Self started taking anti-depressants and anti-anxiety medications but said they weren't helping him and that Self went cold turkey weeks before the crash. Corvin also noted Self had delusional thoughts, which included he should take not only his own life but also the lives of his family members.

The third day began with Taylor Self Potter, his other daughter, taking the stand. When asked if she still loved her father, Potter responded "Absolutely". She blamed her father's actions on mental illness and said her father told her he was "so evil" after the crash. 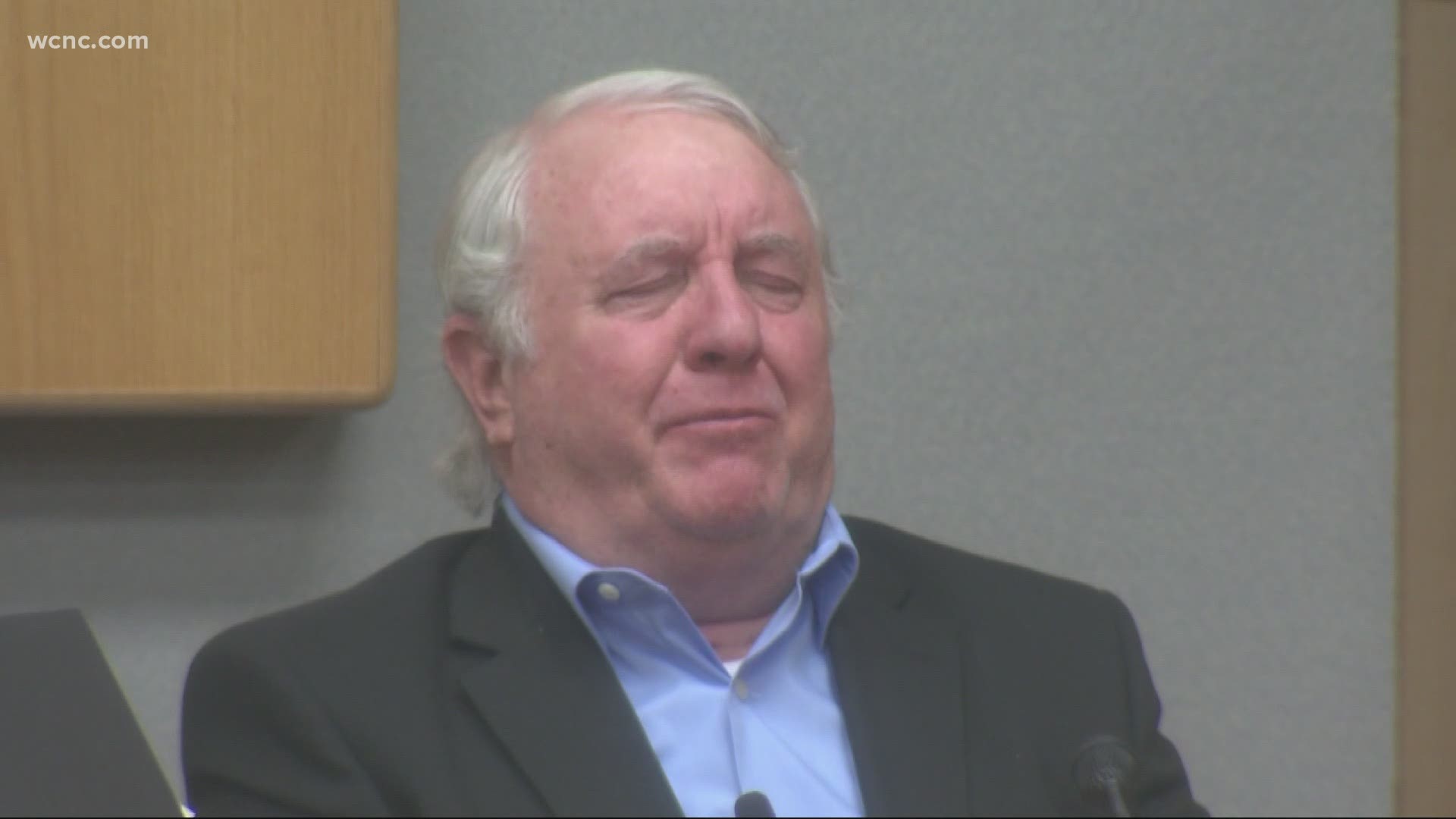 After Potter spoke, Self's wife Dianne took the stand. She suffered serious injuries in the crash and said she still talks to him every day. On the stand, she said, "My heart breaks for him because he would never hurt us".