Investigators said there were shell casings found inside the car, indicating that shots were fired from the vehicle and it may have been involved in a shootout. 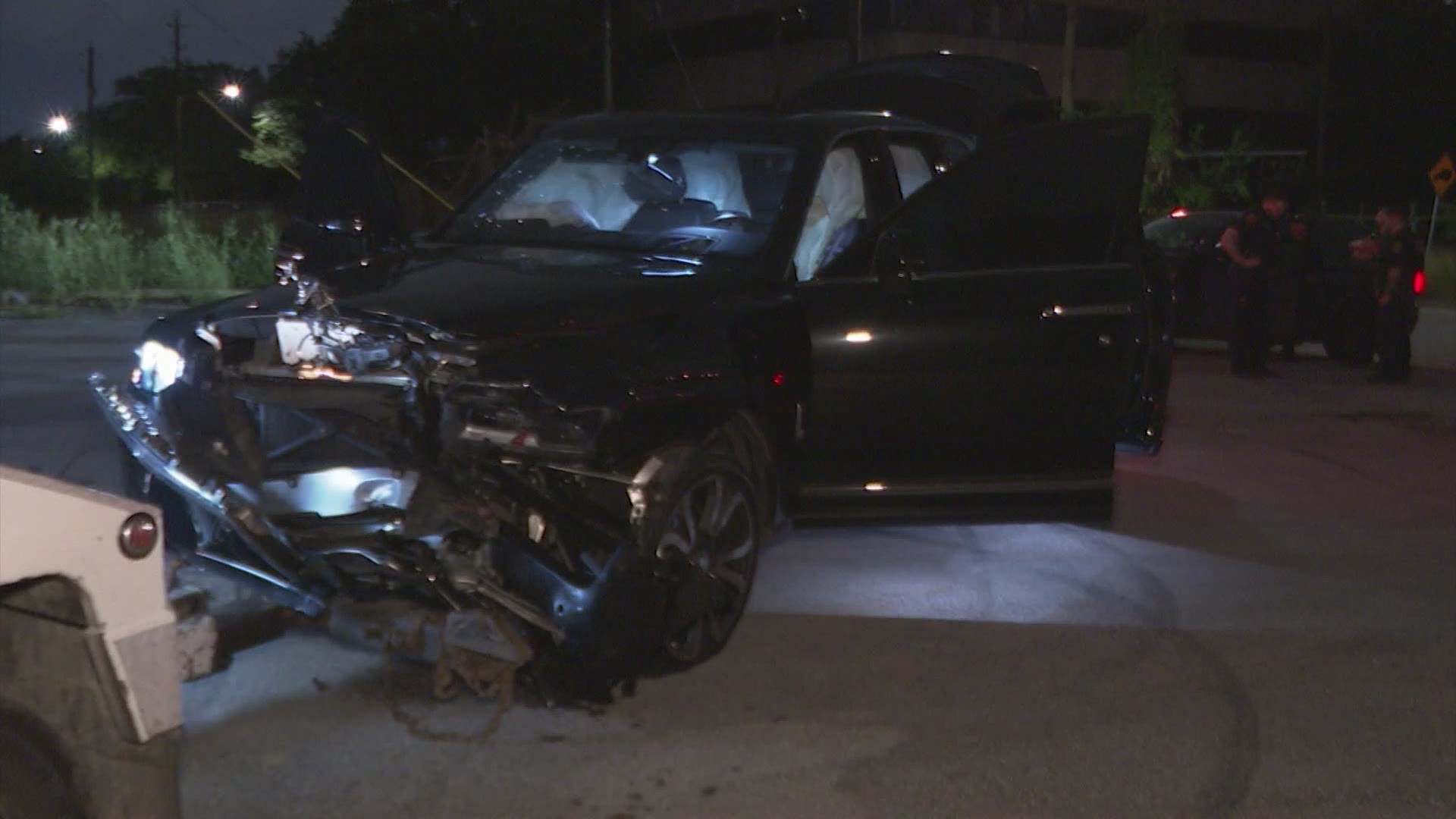 HOUSTON — Houston police are investigating after a new Rolls-Royce was found shot up and left with doors wide open on the side of the East Freeway Sunday morning.

This strange scene unfolded at about 2:15 a.m. on the westbound lanes of the freeway near San Jacinto.

Officers were the ones who found the high-end car parked along the side of the freeway, according to investigators.

When the officers approached the car, they saw it had front-end damage. They also found multiple bullet holes along the side of it. All of the doors of the Rolls-Royce were also left open, but no one was inside.

The car was towed off the freeway and that's when investigators said they found blood inside the car, and they also found shell casings, indicating that shots were fired from the vehicle and that it may have been involved in some sort of shootout.

Moments later, investigators were notified that two people who may have been inside the Rolls-Royce showed up to the hospital with injuries from cut glass and the airbags exploding.

Police said these two people are not being cooperative with the investigation so, at this time, they have no idea what actually led to this incident and if there is anyone else involved.

The Houston Police Department is asking anyone who may have any information on this scene, to please call the Major Assaults Division or Crime Stoppers at 713-222-8477.