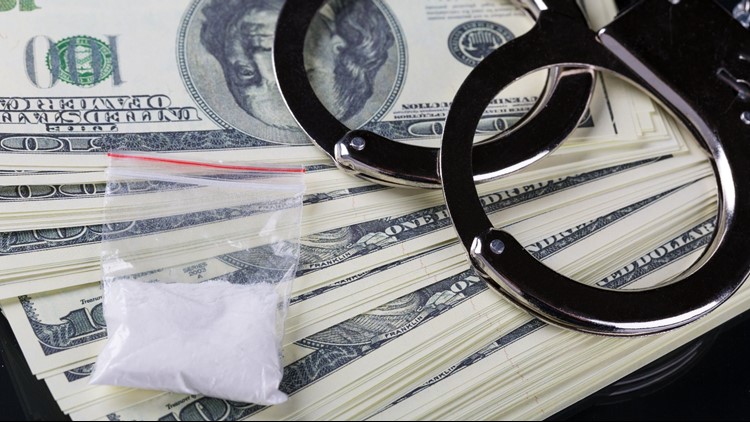 COLUMBIA, S.C. — Three people were indicted for their alleged participation in a drug trafficking conspiracy primarily involving heroin and fentanyl.

Previously, Benjamin Jamal Johnson, a.k.a Slim, 31, of Batesburg; Shiv Balvant Tailor, 21, of Lexington; and Savannah Lynn Stroud, 20, of Lexington, were all charged in May of 2019 with Trafficking Heroin 14-28 grams. Specifically, the indictment alleged the “defendants conspired to deal counterfeit ‘Roxies’ consisting of a mixture containing heroin and other substances, including in some instances fentanyl”.

“It is common knowledge that the opioid crisis has devastated South Carolina and the entire nation. This Office intends to take aggressive action to fight this problem,” Attorney General Wilson said. “I want to thank all the law enforcement agencies involved for their hard work on this case. It’s another excellent example of different agencies working together with the State Grand Jury.”

RELATED: Selling heroin, fentanyl pills was the plan. Instead, alleged SC dealers are in custody

On Wednesday, one superseding indictment and four new indictments were added to the original May 2019 charges.

Shiv Tailor was indicted by the State Grand Jury for murder in the death of Bradley Brunson. Brunson died from an overdose of fentanyl on November 23, 2018.

Tailor was also charged with trafficking and distributing heroin, distribution of fentanyl among other charges.

Benjamin Jamal Johnson (Slim) was also charged with trafficking and distributing heroin, along with possession with intent to distribute cocaine and methamphetamine, among other charges. Johnson was also charged for possession of a firearm during the commission or attempt to commit a violent crime.

Svannah Lynn Stroud was also charged with trafficking and distributing Heroin, along with distributing cocaine and fentanyl, among other charges.