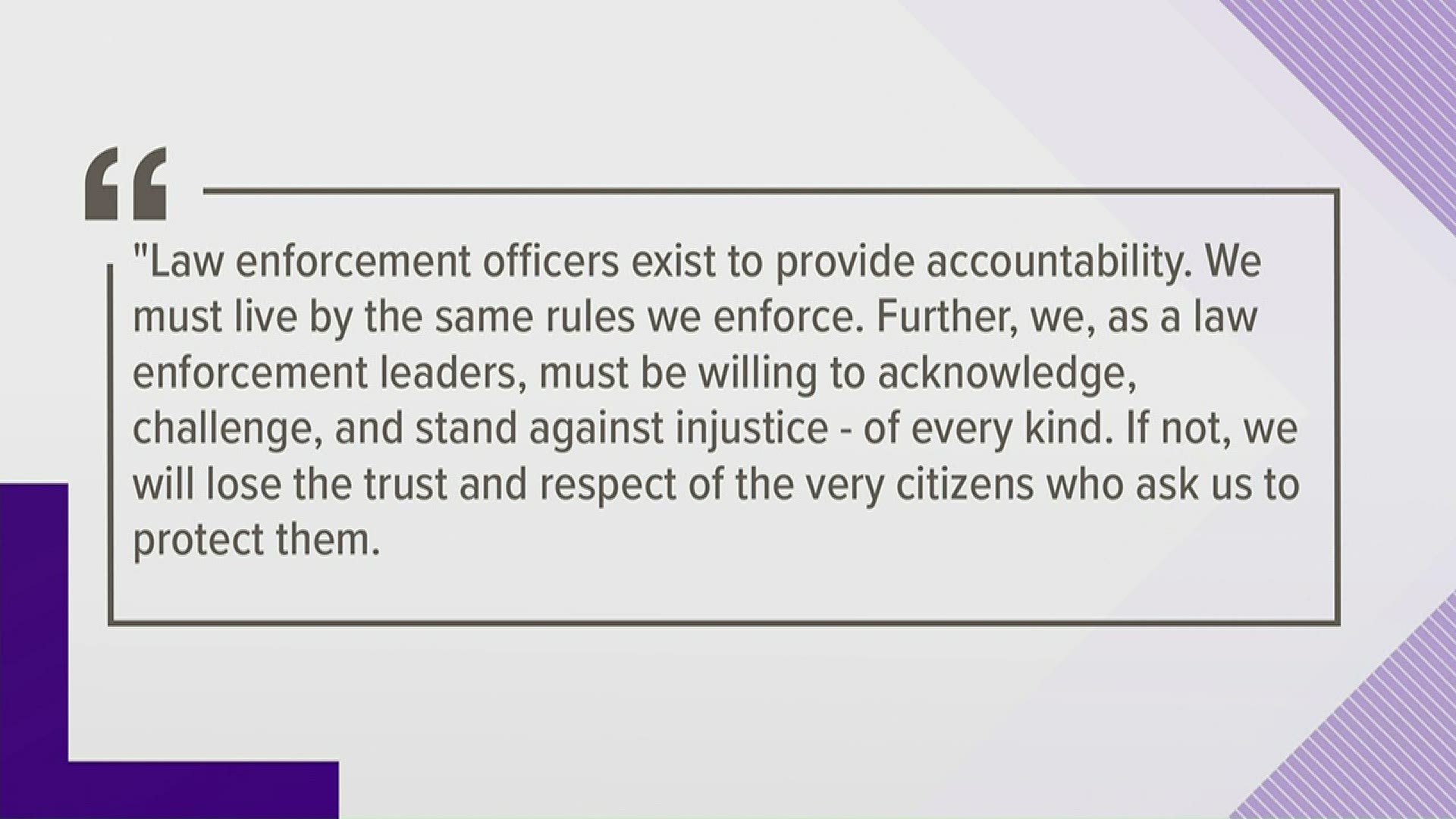 In the statement, Ryan Alphin, executive director of both organizations, writes that cases like these must be condemned by community and law enforcement leadership.

"There is no law enforcement training that teaches officers to kneel on a controlled suspect's neck."

"Police officers should be held to the highest standard and the many diverse officers I know across South Carolina want it no other way. Law enforcement is a noble profession tarnished by a small percentage of officers who are not dedicated to upholding the oath they took to serve and protect their communities. We are better when police and the community they serve work together."

RELATED: Two fired Mpls. officers had past history of complaints

The SCLEOA was created in 1941, and became the voice of law enforcement in the state.

According to the organization, more than 7,000 officers in the Palmetto State are associated with SCLEOA. It is open to all criminal justice professionals in the state.

In a Facebook post on Thursday, Kershaw County Sheriff Lee Boan said, "The officers did wrong. That’s a no-brainer. They were fired by their department. That was only the first step." He went on to say, "these few bad cops do not represent the entire law enforcement profession. Good cops need the continued support from the citizens we serve."

Sheriff Lee Boan
MY TWO CENTS ON MINNEAPOLIS The officers did wrong. That's a no-br... ainer. They were fired by their department. That was only the first step. I'm sure a lot more will happen to them in the very near future. I hope justice will be served.

In a lengthy statement posted to Facebook Friday afternoon, Lexington Police Chief Terrence Green said, "Our officers take an oath to enforce the law but to do so while never employing unnecessary force or violence. What we have seen in the videos involving George Floyd was not that and I have faith that justice will be served."

In a Facebook post on Friday, Sumter County Sheriff Sheriff Anthony Dennis said, "Lasting change will only be achieved when we all agree to confront, challenge, and stand against injustice."