Deputies say the suspect struck both homeowners with a pistol, tied them up and then stole their car. 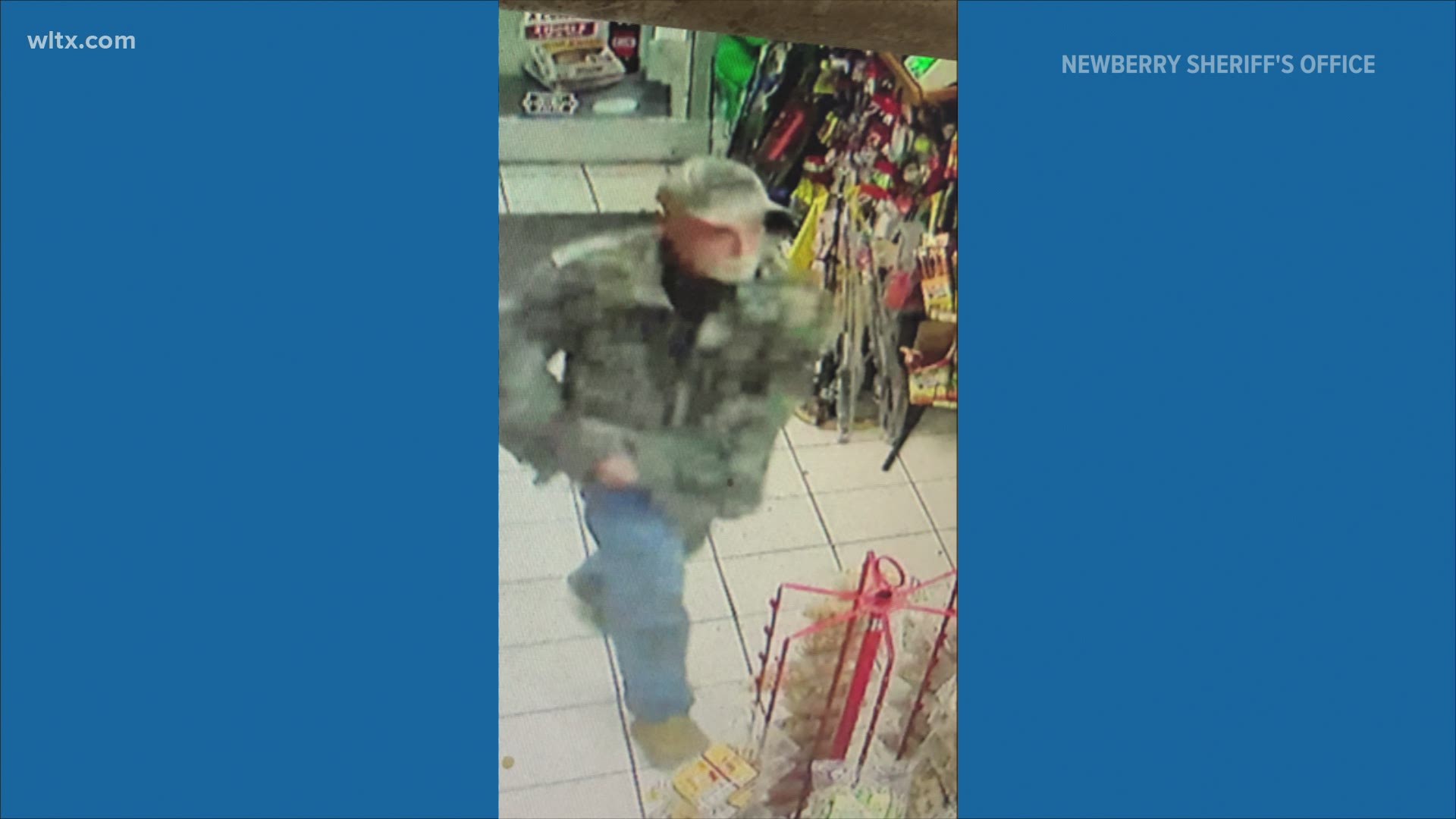 NEWBERRY COUNTY, S.C. — Newberry County Sheriff Lee Foster has released a photo of the suspect who they say broke into a couple's home, tied them up, and stole their car.

RELATED: 'They are traumatized': Search continues for man who beat, tied up couple before stealing car

Responding an alert put out by deputies, a DNR agent spotted the vehicle near Spearman Road and SC Hwy 34 and began to follow it. A trooper and a Newberry County deputy were near and caught up with the vehicle. After a short pursuit, the suspect drove the vehicle into a soybean field and fled on foot into a wooded area.

A SLED helicopter and K9 units were brought in to search the area. The active search was later called off.

A photo was taken of the suspect at a convenience store that law enforcement said he stopped at before the DNR agent spotted him.

The man is  5’1” to 5’5” tall with a slender build. He is believed to have salt and pepper hair with possible facial hair. He was wearing a camouflaged jacket, a dark hat and had a black bandana face covering. The suspect was armed with a dark colored semi-automatic pistol.

Credit: Newberry County Sheriff's Office
A photo of a suspect Newberry deputies say is responsible for a home invasion.

If you live in the Silverstreet area, Foster says you be aware of the suspect and stay alert to your surroundings. All keys from vehicles should be removed and locked and homes should be locked as well.

If you see the suspect, DO NOT APPROACH HIM as he is considered armed and dangerous. Instead, call 911 immediately. Call 9-1-1 instead. .