Two people have died and two others were injured after a shooting early Thursday morning at McCary's Bar and Grill on Bush River Road. 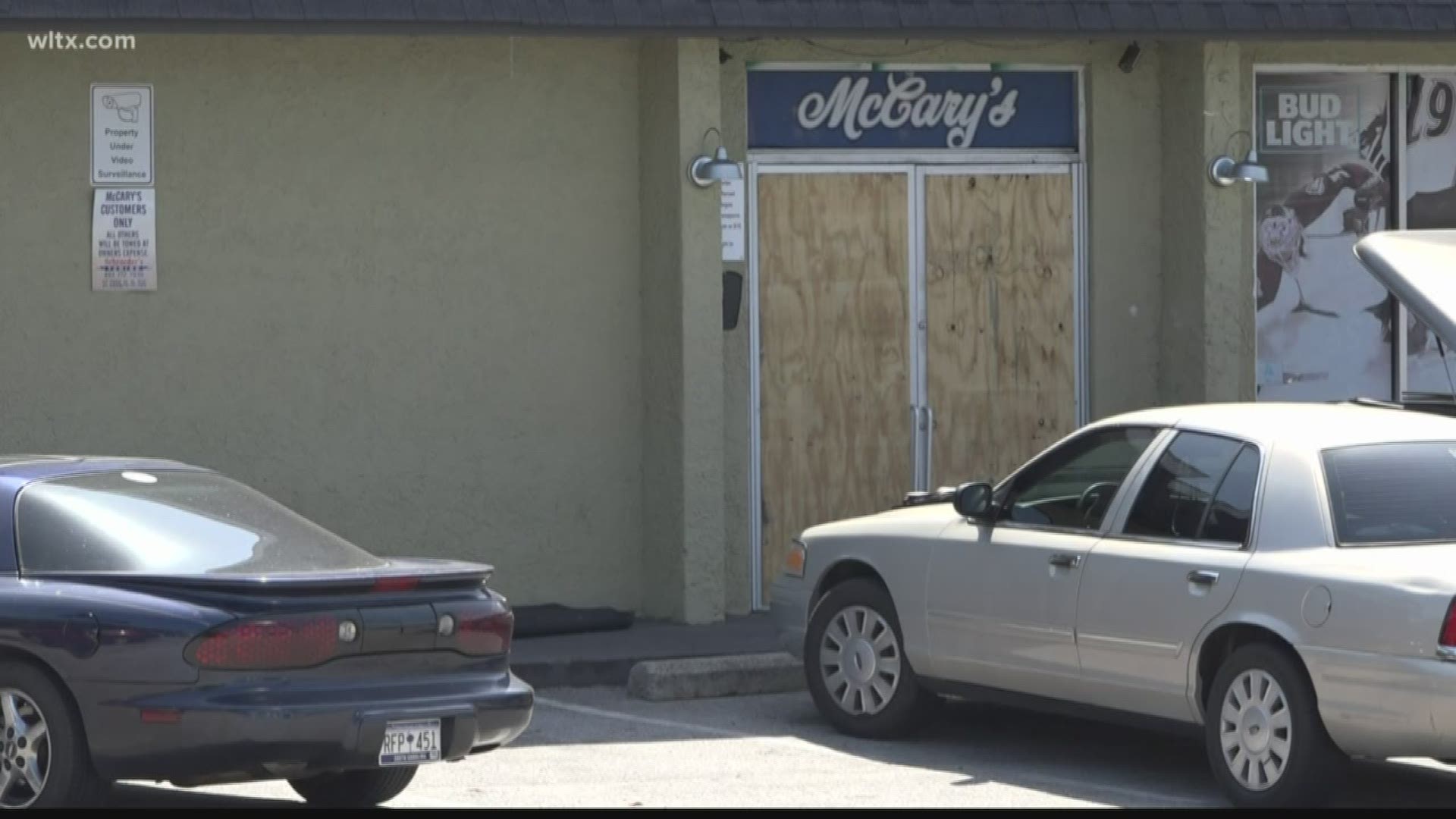 COLUMBIA, S.C. — The search continues for a suspect who shot and killed two people and wounded two others outside a bar in Columbia Thursday morning. Meanwhile, both victims have now been identified by the coroner.

The shooting happened at McCary's Bar and Grill at 851 Bush River Road around 2:15 a.m.

According to deputies, witnesses said the suspected shooter had been previously told that he was no longer welcome at McCary's.

"He had caused previous disturbances at the part, and had been told in the past that he was not welcome to return," said Deputy Cynthia Roldan with the Richland County Sheriff's Department.

She added there was no formal trespass notice from law enforcement.

But on Thursday morning, officers say the suspect returned with an acquaintance. Once he was spotted by staff, he was asked to leave and a verbal dispute began. At some point, the suspect pulled a pistol and began firing randomly at the bar.

The suspect has not yet been named. Investigators are also trying to identify his acquaintance. It’s unclear how the suspect fled the scene.

Anyone with information should call Crimestoppers at 1-888-CRIME-SC.