Warrants: Off-duty EMT had been drinking before shooting 2 women at Tennessee waterpark

Police said that reports of a shooting at a popular Tennessee waterpark came in after 8 p.m. on Saturday. 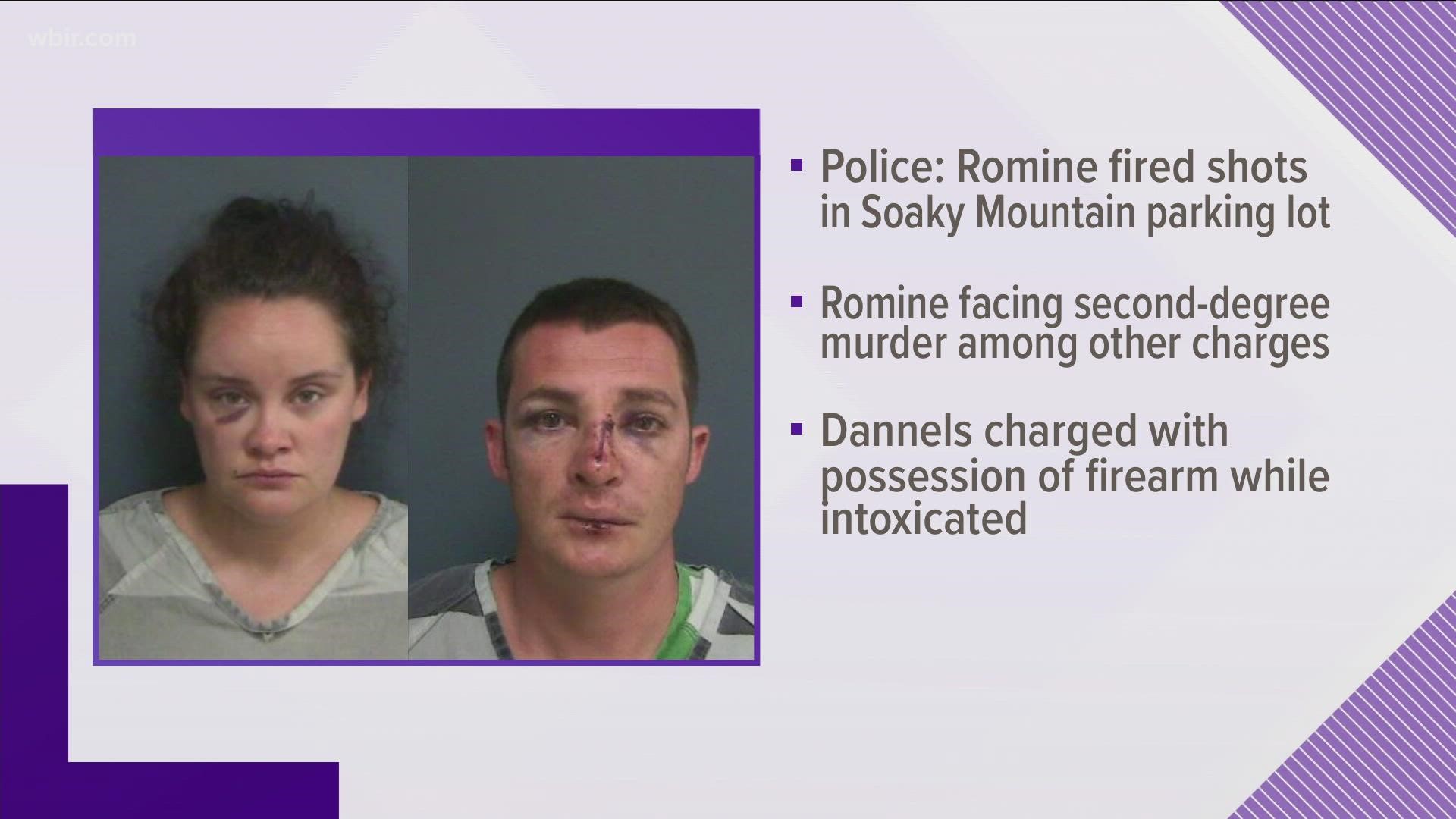 SEVIERVILLE, Tenn. — UPDATE (8/3 at 3 p.m.): An off-duty EMT had been drinking when she shot at a vehicle several times before she shot at people trying to stop her in the parking lot of Soaky Mountain Waterpark in Sevierville Saturday, killing one woman and wounding another, according to documents.

Sarah Elizabeth Romine, 31, of Knoxville, was charged with second-degree murder, multiple counts of aggravated assault and possession of a firearm while intoxicated after the incident on Saturday night.

In its preliminary investigation, the Sevierville Police Department said it's believed a fight broke out in the waterpark parking lot which then escalated into a shooting. Police were called to respond around 8 p.m. Saturday.

Warrants showed Romine fired a gun into the front of the vehicle that Kelsy Cook, 24, of Loudon, and several others were in. Cook was hit in the neck and was later pronounced dead after being airlifted to the University of Tennessee Medical Center, SPD said.

According to an incident report, Romine told officers that "she was sorry and that she had shot another female."

Several people got out of the vehicle and another one nearby to confront Romine after the shooting, according to the warrant, and Romine fired the gun several times as they attempted to get the gun away from her.

Another woman, Angie Lynn Russell, 23, of Loudon, was shot in the leg during that struggle. SPD said she was taken to LeConte Medical Center and that her wounds did not appear to be life-threatening.

Three people were initially detained. However, only Romine and another man were arrested in connection with the shooting, SPD said.

Joshua Dannels, 30, of Crossville was arrested and charged with possession of a firearm while intoxicated, SPD said. Reports showed that Dannels was bleeding heavily from his nose and EMS came to evaluate him.

Both Dannels and Romine refused treatment from EMS, officials said.

Romine was placed on unpaid administrative leave pending the investigation. Her leave will remain in effect until the case is resolved, according to AMR.

While officers were at the scene, Jeffrey Dixon, who has involved in the incident according to the incident report, "walked up to the scene and began to cause a disturbance" that took resources away from the investigation to deal with Dixon "who was heavily intoxicated and acting belligerent," officials said.

The incident report stated that Dixon was detained and while in the rear of a police vehicle, "he began to kick one of the windows and scream."

Dixon was arrested for public intoxication and sent to the Sevier County Jail, according to the incident report.

10News reached out to Soaky Mountain for comment on the ABC citation, they said:

"The safety of our staff and guests is always our top priority. Because of this, we are continually reviewing all of our operational policies and making adjustments to them to ensure that everyone enjoys Soaky in a responsible manner.”

The company's general manager issued this statement after the shooting:

"The Soaky Mountain management team is committed to our guests’ safety and we are deeply saddened by the events that occurred in our parking lot on Saturday evening after our waterpark closed," the General Manager of Soaky Mountain Waterpark, Dave Andrews, said. "The Sevierville Police Department is overseeing this investigation and we are fully cooperating with them."