The law requires businesses to keep track of various documents and receipts when purchasing the highly valued and regularly stolen items. 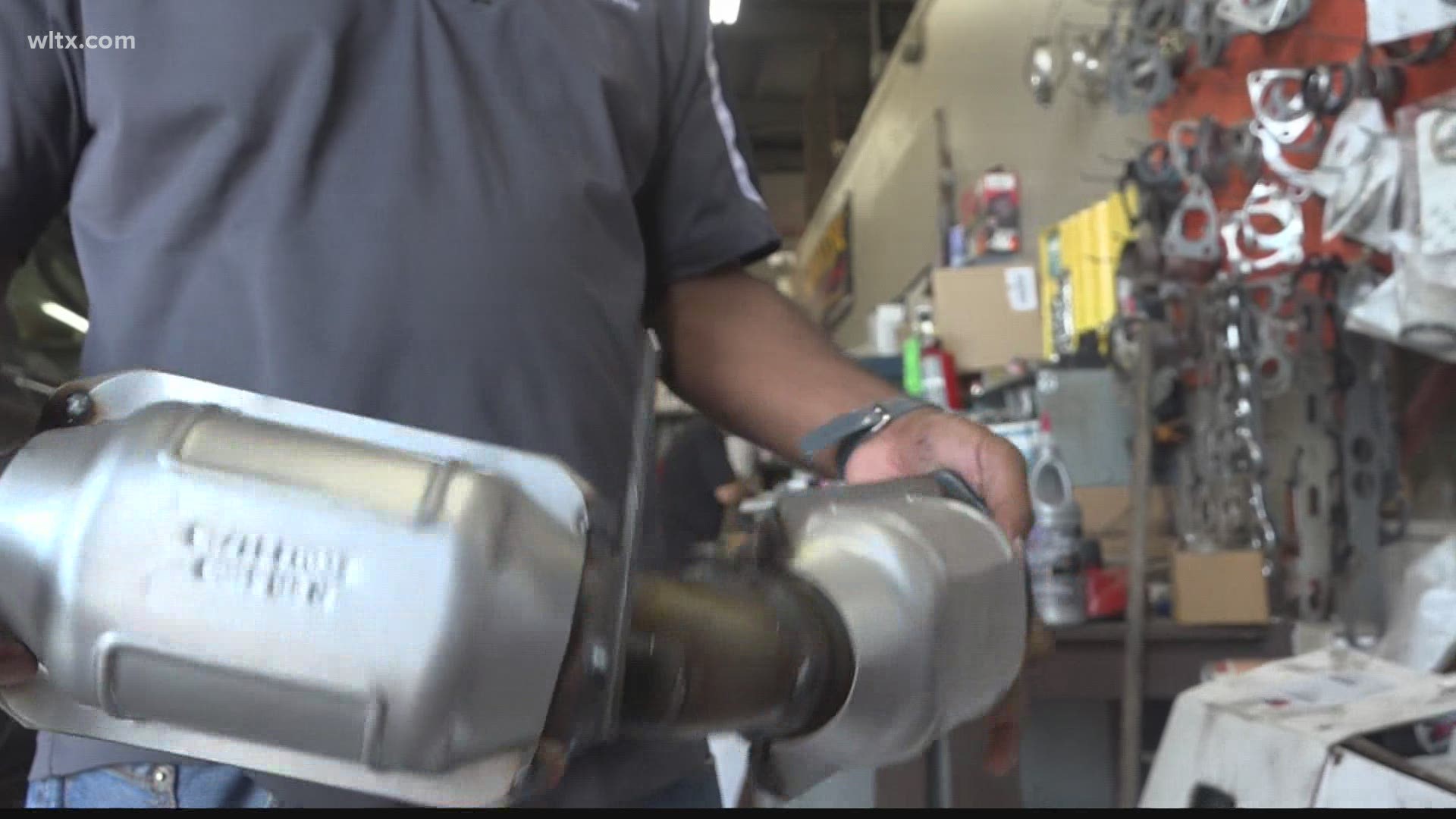 COLUMBIA, S.C. — The Richland County Sheriff's Department has arrested the owner of a local scrap yard on claims he violated a new law.

The sheriff's department reports that the owner of American Scrap Iron and Metal located at 7716 Fairfield Road was charged for failing to collect, retain or show ownership documentation of 47 catalytic converted purchased throughout the month of June.

Sheriff Leon Lott said that he hopes the arrest "sends a strong message" to those who refuse to follow the new catalytic converter law.

Catalytic converters are designed to burn excess gas in the exhaust to reduce emissions. However, they are often the target of theft from cars due to the valuable platinum they contain.

South Carolina's new law now requires that a business keep records and receipts including the vehicle identification number of cars from which catalytic converters are removed.

"Without places that illegally purchase converters, the thieves would not have a source to sell them," the sheriff said. "The recyclers helped get the law passed and the legitimate ones follow the law."

However, Sheriff Lott said that this location didn't do so and "will be dealt with accordingly."

The owner now faces 47 counts of unlawful purchase of nonferrous metals and has been booked into the Alvin S. Glen Detention Center in Richland County.