Officers say video showed her licking her hands and coughing before touching food items in Sumter. 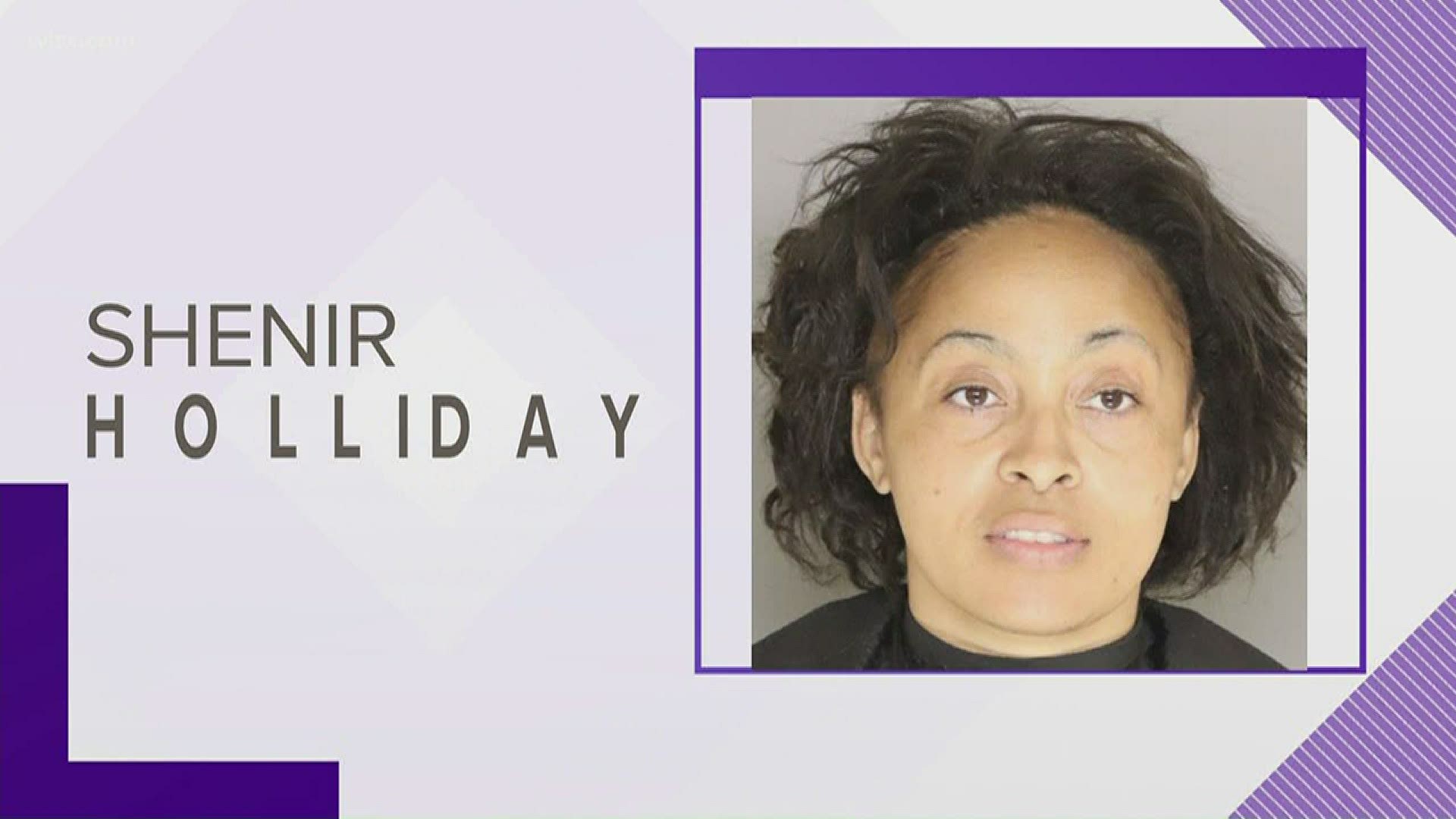 SUMTER, S.C. — Sumter police say a woman has been arrested on charges that she licked her hands, coughed, and touched food items at a grocery store and several surfaces at a fast-food restaurant.

Police charged 38-year-old Shenir Gibson Holliday with aggravated breach of peace and food tampering and issued her a citation for violation of the state home or work order.

On Sunday, her bond was set at $100,000 and she was ordered to undergo testing for COVID-19, more commonly known as the coronavirus.

Police say they got a call of a suspicious person at the IGA grocery store on Pinewood Road Saturday. According to investigators, surveillance video showed Holliday licking her hands and coughing before pulling on freezer doors and touching food items. She was also seen doing the same in the dry food section of the store police say.

Sumter police say she's also charged by Sumter County deputies for a similar incident in their jurisdiction last Monday. In that case, officers say she went into the Sub Station II restaurant on Peach Orchard Road.

Investigators say after ordering a sub, chips, and a drink, she licked her fingers as she was giving her cash to the clerk. Deputies say she then licked her palm and spread her hand over the debit machines.

As the workers made the woman's sandwich, witnesses say the woman licked quarters and then put them in the tip jar before leaving the store without her sub and chips.

As the woman threw her drink away as she left, she reportedly said, "It's in Gods hands now," and said she would be back.

RELATED: Woman allegedly licks $1,800 worth of groceries at California store