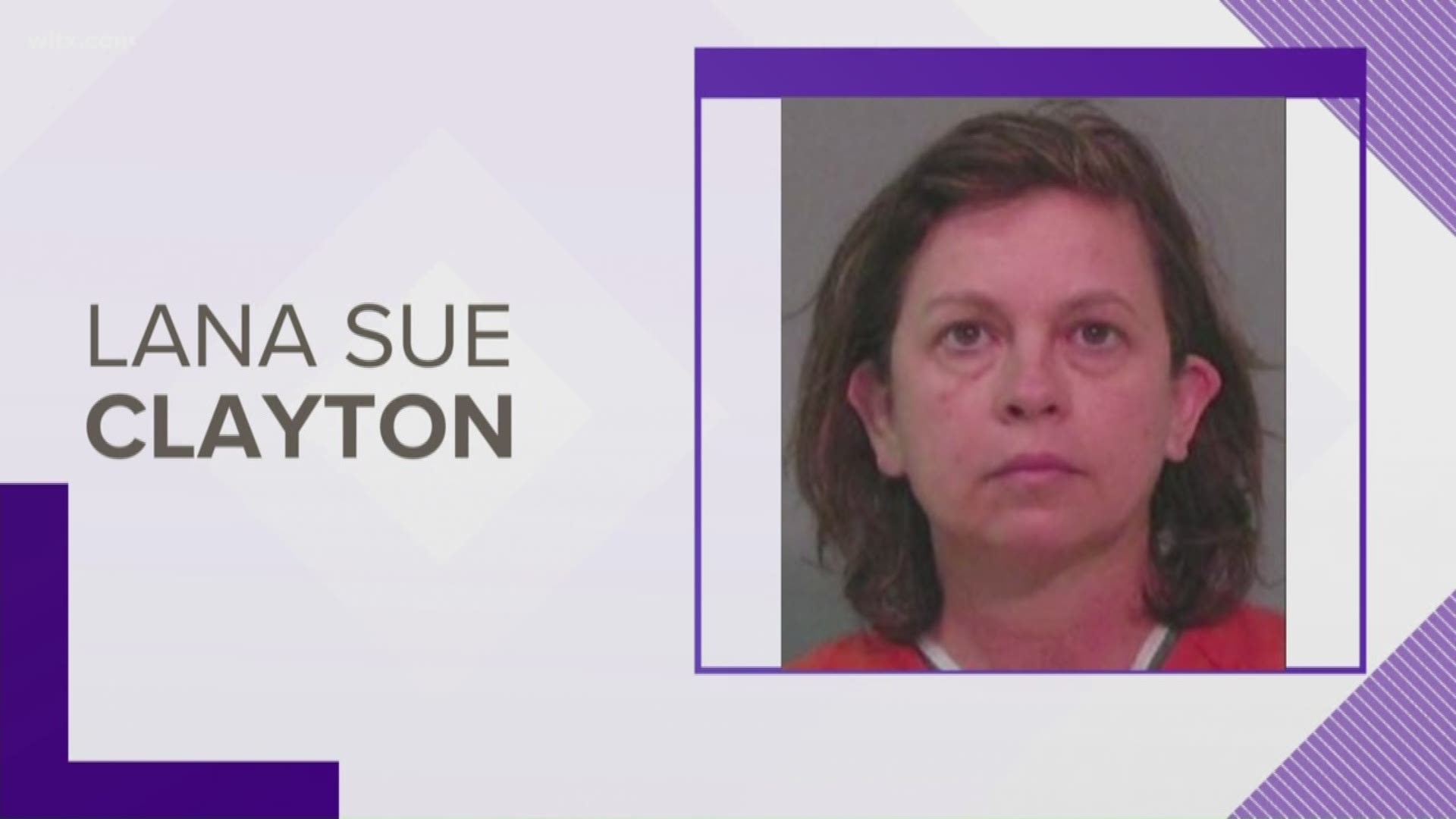 YORK COUNTY, S.C. — A South Carolina woman was sentenced to 25 years for manslaughter after killing her husband with eye drops in July of 2018.

Clayton was arrested in August 2018 and was originally charged with murder and unlawful malicious tampering of food in connection with the death of her husband, Stephen Delvalle Clayton, at his home on Island Fords Road in Clover.

Investigators said a toxicology test during Clayton's autopsy revealed poisonous levels of Tetrahydrozoline, a decongestant used to relieve redness in the eyes. Deputies alleged that Clayton admitted to administering the substance to her husband without his knowledge.

Two years before the poisoning, Clayton shot her husband in the back of the head with a crossbow. At the time, she told police it was an accident. Years later, she changed her story, claiming the couple got into an argument and that Stephen threw something at her, so she shot the crossbow as she ran away.

In court Thursday morning, Lana Clayton agreed to a plea deal to a lesser charge of voluntary manslaughter.

This is a developing story. WCNC has a team in the courtroom and will update the story as more information becomes available.