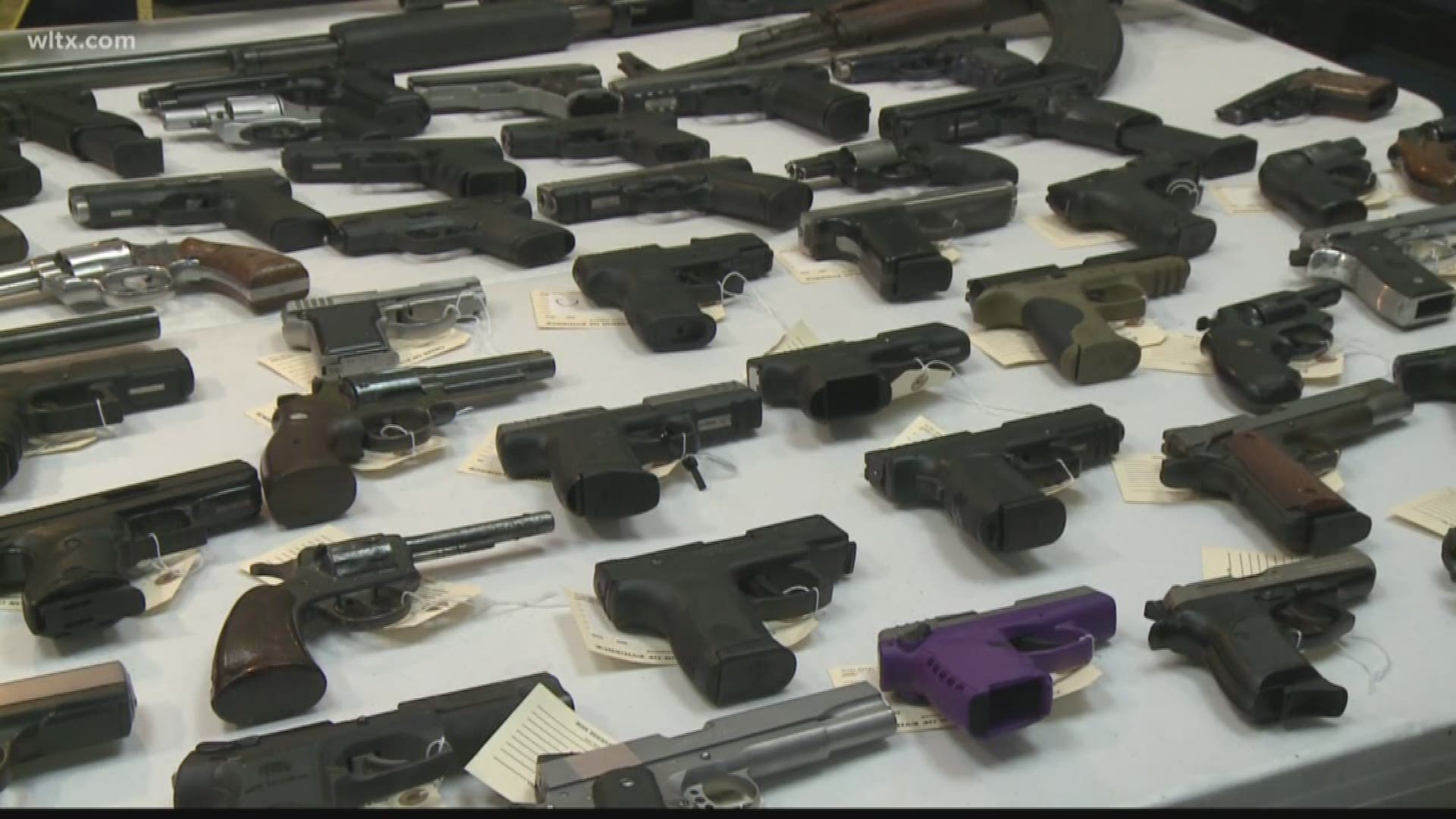 COLUMBIA, S.C. — State lawmakers and law enforcement agencies in the Midlands want to make it harder for criminals to get their hands on guns.

They're pushing a new proposed South Carolina House bill, which they said would close a dangerous enforcement gap between federal and state law.

“We need help, we got too many people that are dying from gun violence. And we see it tends to be a small number of people committing the majority of our crimes,” said Richland County Sheriff Leon Lott.

Sheriff Lott put his support behind HB 4087, along with a bipartisan group of state lawmakers.

The bill would make it illegal under state law for a criminal, convicted of a crime with a potential sentence of more than a year, to have a gun.

It’s already illegal under federal law, but local law enforcement claim they could not enforce it if federal authorities were not present.

The proposed bill would close a gap between federal and South Carolina law, which Lott says lets criminals go free.

“If we stop someone who federally can't possess a gun, but statewide says they can with our current laws, we have to let them go. Now, we can notify federal authorities and later they can do something. But, at that moment they get to leave and leave with their gun,” Lott said during the press conference.

It's why Republican Richland County state Representative Kirkman Finlay said he is sponsoring the bill.

“Here's the thing, what no one wants is the criminals able to carry guns without a penalty and we want the penalty to increase every time they violate the law, and it's really that simple,” Finlay said after the press conference.

Finlay and Lott gave recent examples of criminals who were violating the federal law, but did not technically violate state law, making it harder to prosecute them for the crime.

Columbia Police Chief Skip Holbrook added it could get illegal guns off the streets.

“We are finding weapons falling in the hands of the wrong people. I think the Sheriff made a good point, this isn't about your law-abiding citizens and gun ownership and ability to purchase guns. That's not what this is about. This is about preventing the wrong people from possessing guns,” Holbrook said after the press conference.

The bill has been sent to the House Judiciary Committee for review.

“How do you argue against it?” Finlay added.