Sumter County deputies seized of more than $160,000 and thousands of grams of drugs during just two days of normal operation. 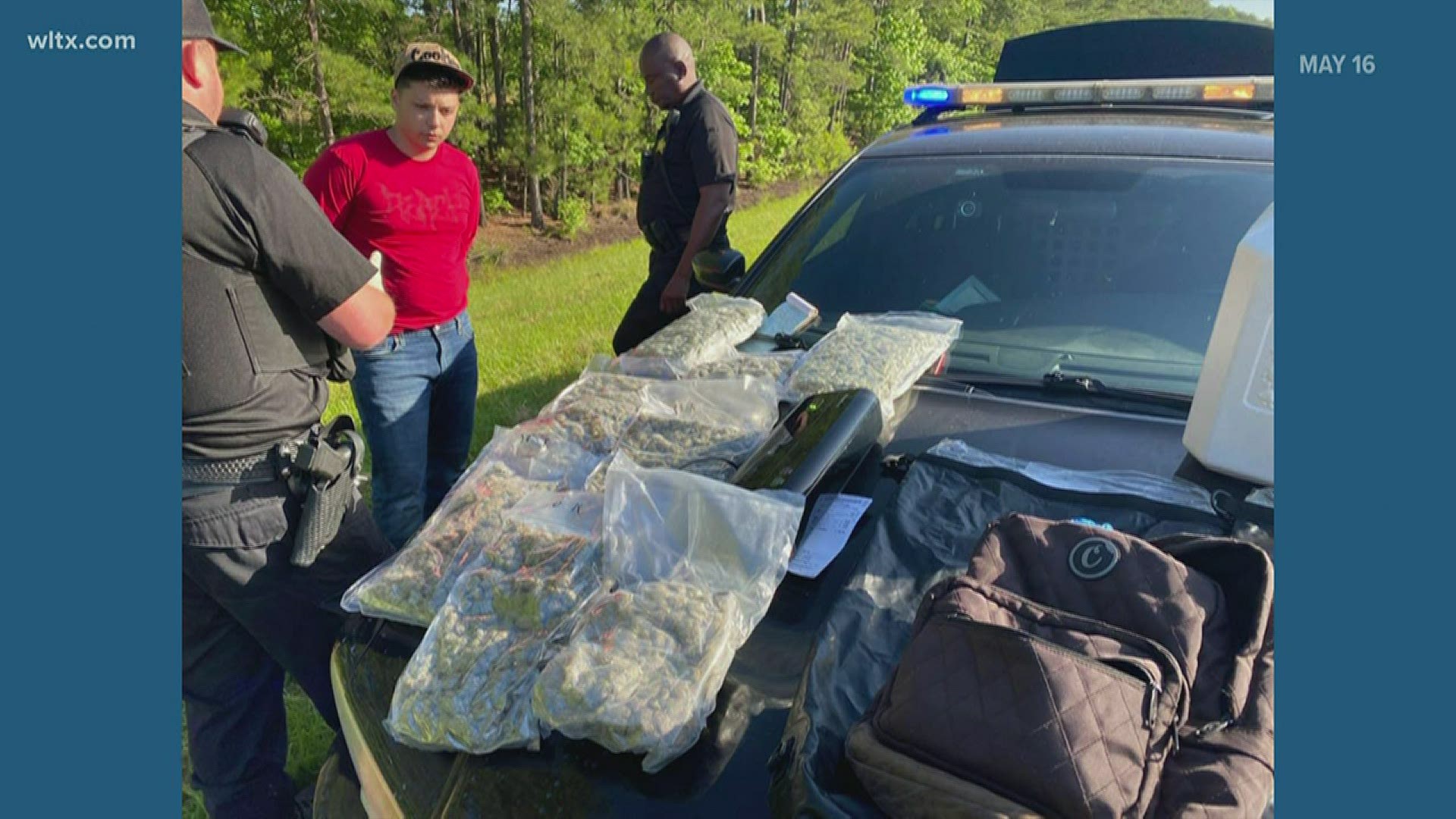 “These seizures were made because of the deputies’ experience, training and dedication to what they do,” Sheriff Anthony Dennis said. “Sumter County is well taken care of because out deputies know what to look for.”

On May 16, a deputy seized approximately $16,000 worth of marijuana during a traffic stop on Interstate 95 South.

After stopping the driver, 21-year-old Alex Siebel-Cortopassi, of Tampa, Florida, for speeding the deputy recognized the distinct odor of marijuana coming from the vehicle.

Credit: SCSD
Siebel-Cortopassi was arrested and charged with possession with intent to distribute marijuana and unlawful carry of a pistol.

The deputy also noticed Siebel-Cortopassi’s timeline about visiting a relative in Boston who needed toilet paper and other essential items did not add up to how long he had been traveling.

The deputy found approximately 8 pounds of marijuana — valued at $16,000 — in vacuum sealed bags in the trunk of the car during a probable cause search.

Siebel-Cortopassi was arrested and charged with possession with intent to distribute marijuana and unlawful carry of a pistol.

Also on May 16, $155,000 in cash was seized during a traffic stop on Interstate 95 because the driver could not provide documentation, required by law, stating how he obtained the large sum of money.

The driver and sole occupant, Darlens Renard, 30, of Boynton Beach, Florida, gave inconsistent responses about his travels and was driving with a suspended license from Florida.

A K9 gave a positive indication to contraband being inside the vehicle and the deputy located a safe containing 16 stacks of $100 bills in the rear of the vehicle during a probable cause search.

Renard was issued a citation for speeding and was required to wait for a licensed driver in order to continue his trip.

On May 19, a deputy seized more than a kilogram of cocaine and $4,733 in cash during a traffic stop on Interstate 95 South.

The driver, 47-year-old Varian Scott, of West Palm Beach, Florida, was stopped for having heavily tinted windows, including the windshield, in violation of state law.

Credit: SCSD
Scott was arrested and charged with trafficking cocaine more than 400 grams, and issued a citation for the window tint violation

Scott gave the deputy consent to search the vehicle and stated he had something in the car that looked like cocaine but was not. The deputy found approximately 1,018 grams of suspected cocaine wrapped in cellophane and duct tape inside the vehicle.

The deputy also found $3,000, rubber banded together in large increments, inside the car and an additional $1,733 in cash on Scott’s person.

Scott was arrested and charged with trafficking cocaine more than 400 grams, and issued a citation for the window tint violation.

Also on May 19, investigators executed a search warrant at a motel room in the 1200 block of Camden Highway resulting in  the seizure of more than 50 grams of various drugs and one arrest.

Investigators seized 29 grams of marijuana, 23.25 grams of methamphetamine, 4.1 grams of crack, 4.7 grams of cocaine, 5 grams of unknown white and brown substances, 1 gram of heroin. They also seized one firearm and $591 in cash. \