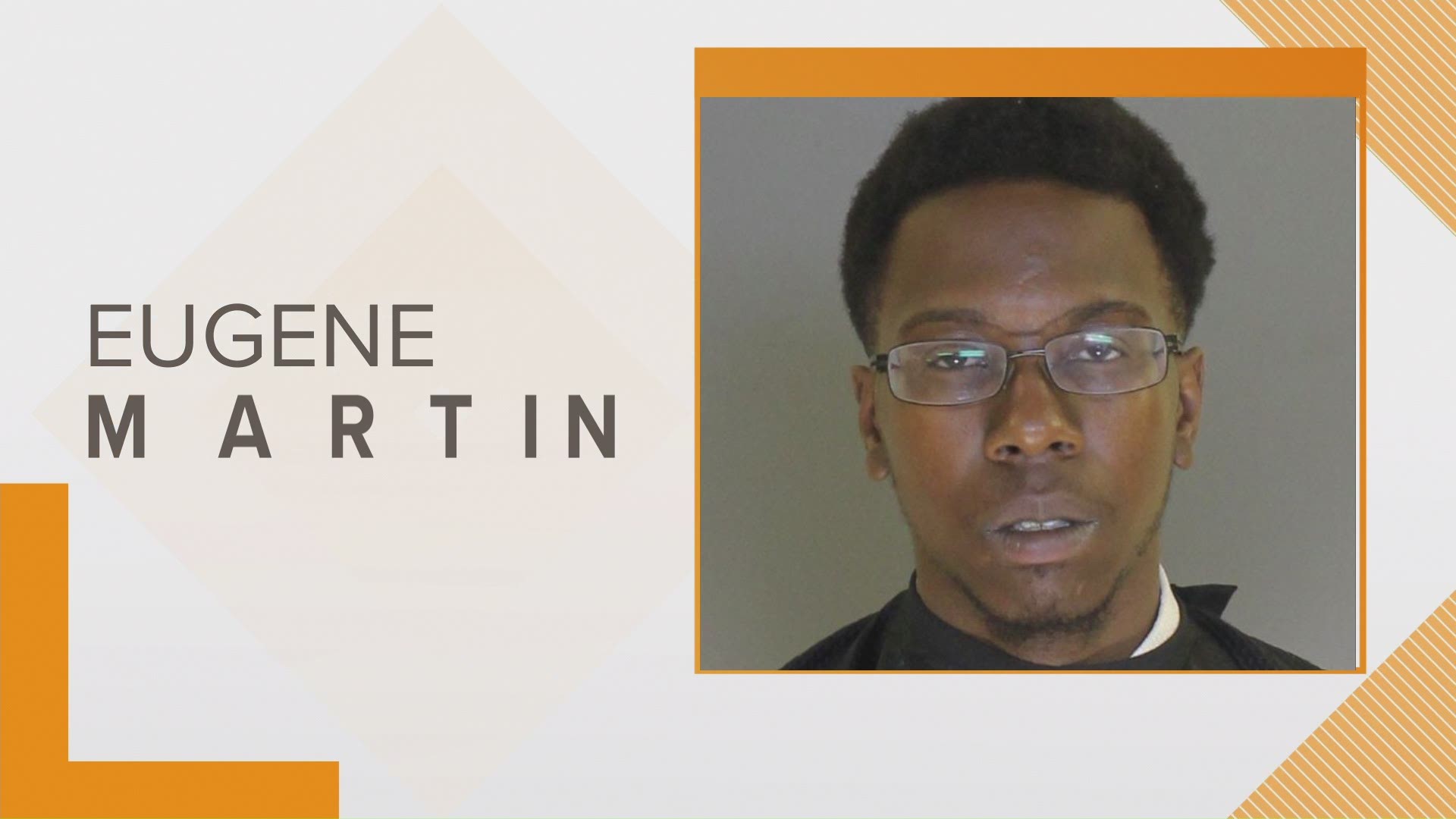 SUMTER, S.C. — The Sumter Police Department is investigating a shooting incident that left a man and his two adult sons dead Saturday and a pregnant woman injured and her child in critical condtion.

Sumter County Coroner's Office identified Raymond Davis, 61, Randy Davis, 36, and Marcus Davis, 32, as the victims of the shooting at 1008 Marilyn Avenue in Sumter. The three men were pronounced dead at the scene.

The incident is considered isolated, and a suspect was taken into custody Sundy morning.

Eugene Martin, 27, of Sumter, is charged with three counts of murder and four counts of attempted murder. Other charges include burglary-1 st degree, possession of a weapon during a violent crime and malicious injury to property.

According to police, officers responded at about 11 p.m. Saturday after receiving a shots fired call at a Marilyn Avenue home. Witnesses said a lone gunman came into the home shooting Raymond Davis, 61, and his sons Randy Davis, 36, and Marcus Davis, 32. All died at the scene.

A 21-year-old Sumter woman who was at the home also was shot.

She was taken to an area hospital, where she underwent an emergency C-section. She is in stable condition and expected to recover.

However, the infant is in critical condition.

Two other people were at the home during the shooting but were not injured.

Online records show Martin was sentenced on an involuntary manslaughter charged in 2016 for the death of a Sumter man.  .

Additional details are expected to be released later this week as the investigation continues.

An autopsy will be performed at The Medical University of South Carolina in Charleston later this week.

Sumter Police and the Sumter County Coroner’s Office are continuing the investigation.