Minneapolis police say the suspect approached three victims within an hour's time and stabbed them unprovoked. One victim, an elderly woman, died. 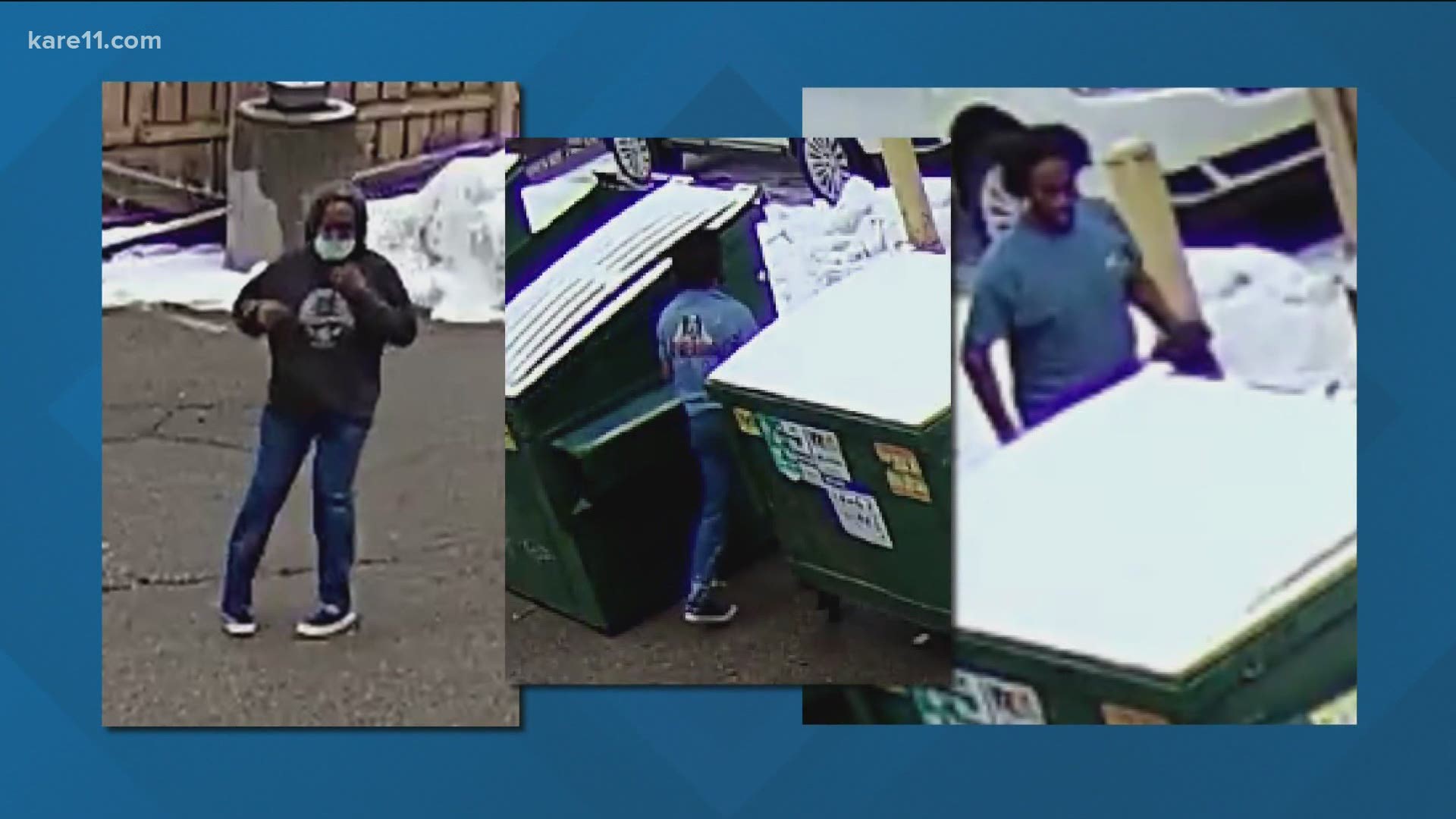 MINNEAPOLIS — An elderly woman is dead, and two others are recovering after Minneapolis police say a suspect went on a stabbing spree, targeting three victims in less than an hour's time.

Police spokesman John Elder says the attacks occurred the morning of March 17, calling them separate and unprovoked. He says it is imperative that the unidentified man responsible be taken into custody, before someone else is victimized.

Elder said Friday morning that investigators are following up on a number of tips that came in after the case was made public, but at this point no one is in custody.

KARE 11 does not usually publish pictures of suspects who are not officially charged, but Minneapolis police believe identifying and arresting this man is a matter of public safety.

The first attack took place at 9:21 that morning, as the suspect approached and then stabbed a 78-year-old woman at a bus shelter near Chicago and Franklin Avenues. The woman was rushed to Hennepin Health Care, where she died of her injuries. 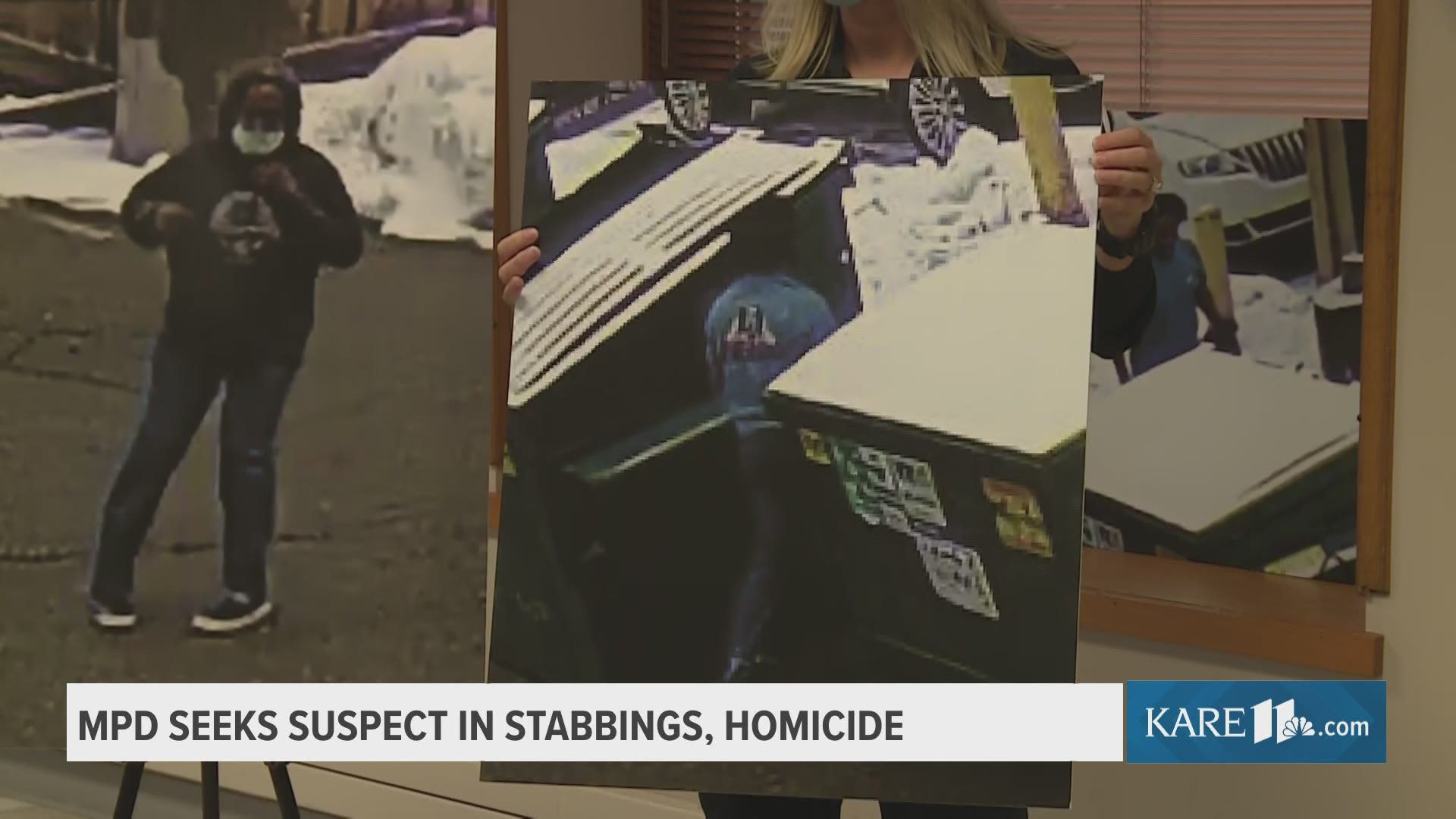 Less than 10 minutes later Elder says the suspect approached a 76-year-old man on the 2200 block of Park Avenue South as he waited for his wife to come out from a medical appointment. The two men engaged in what Elder called "very cordial conversation" before the suspect pulled a knife, stabbed the victim without provocation, and fled the scene. The elderly man was taken to the hospital in "very critical condition."

The last incident happed at 9:45 a.m., when the unknown suspect approached a 28-year-old man at a bus stop near 12th and Lake Street and stabbed him. The victim was taken to a local hospital in serious condition.

The suspect is described as a Black male, age unknown, described as between 5 feet 7 inches and 5 feet 9 inches tall with black hair, and facial hair at the time of the attacks. In photos pulled from surveillance video the man is wearing a hoodie and later takes it off, revealing a T-shirt police call "very distinctive."

Credit: MPD
Minneapolis police say that between the attacks, the suspect removed his hoodie to reveal a distinctive t-shirt that someone might recognize.

Police are reviewing similar cases that are unsolved, in the event the same suspect could be responsible.

If you recognize this suspect or know anything about the attacks, Minneapolis police ask you to call them. You can also contact Crime Stoppers of Minnesota on their website, via their mobile app or by calling 1-800-222-8477. People who leave a tip are eligible for a reward in the event of an arrest and conviction.