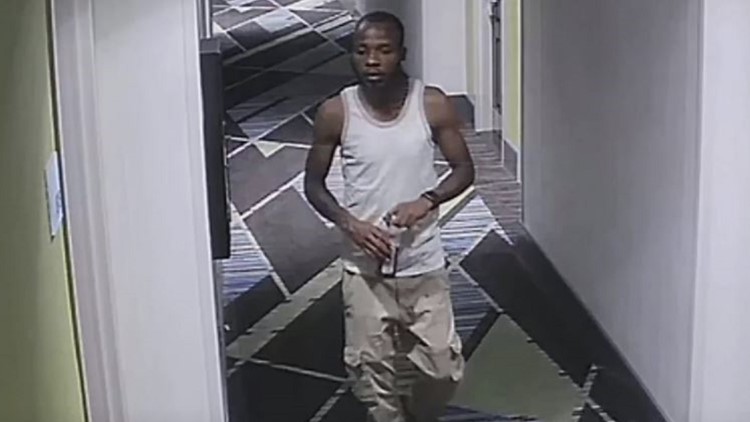 COLUMBIA, S.C. — The Columbia Police Department (CPD) is looking for a man in connection with a burglary at local motel.

According to police, a man is wanted for burglary and car theft at the business in the 7300 block of Garners Ferry Road.

Video shows the man entering an unlocked room where he stole the keys to a gray 2014 Toyota Tacoma. No one was inside the room during the crime.

The burglary occurred on Friday, September 13.

CPD said it's believed that the man pulled on several door handles in an attempt to get inside rooms.