Suspects arrested for punching man in Columbia's Vista during protests

The sheriff says the suspects were seen on camera attacking the man. 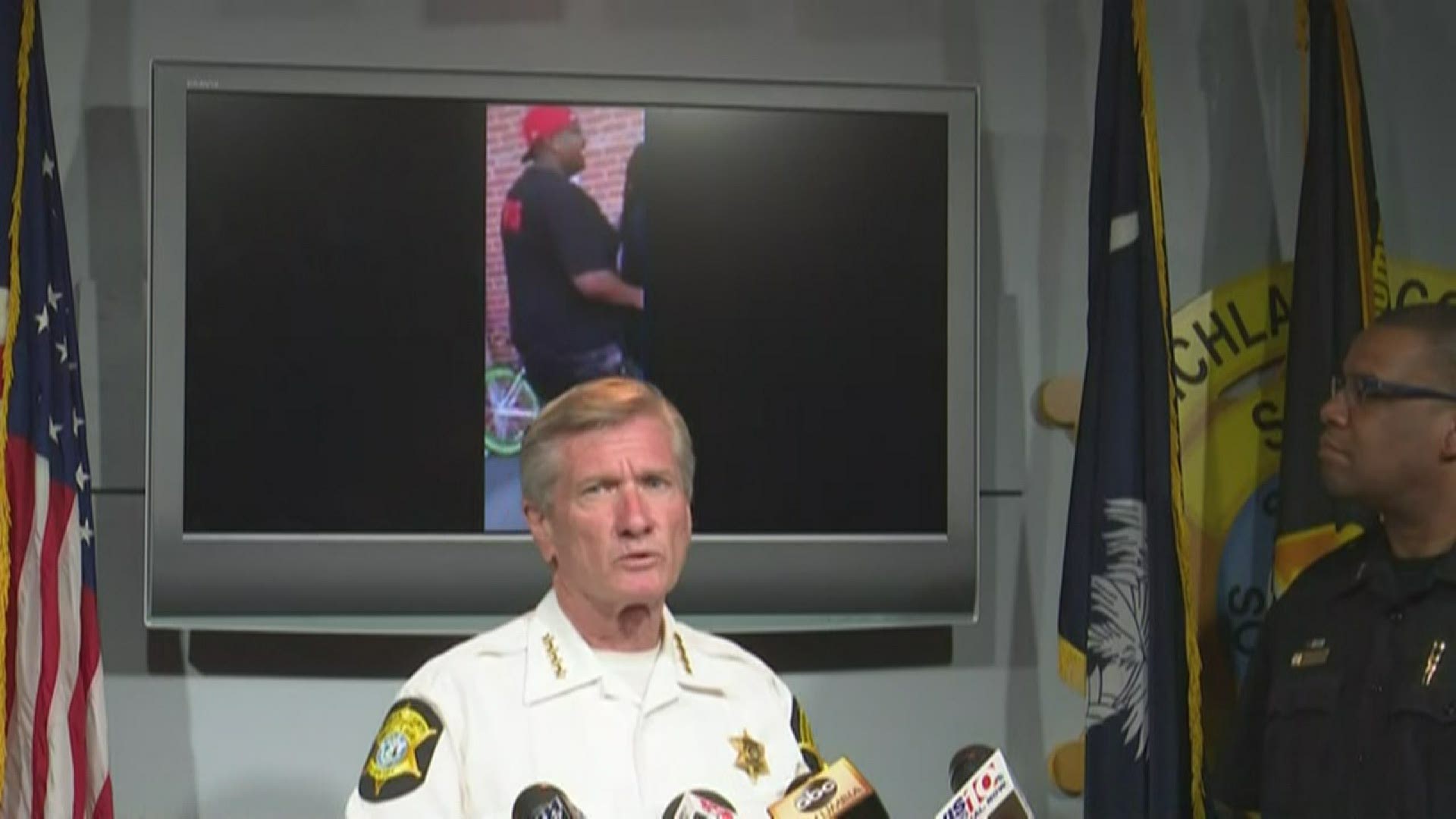 COLUMBIA, S.C. — Richland County Sheriff Leon Lott said two suspects have been arrested in connection with the punching of a man during the protests in Columbia on May 30.

Lott and Columbia Deputy Chief Melron Kelly announced the arrests Tuesday afternoon. While two suspects are in custody, a third is still wanted.

The crime involved a man who was punched in the Vista. The incident was recorded on cell phone video and widely shared. The police also showed the public the video to get tips, which is what they said ultimately led to the arrests.

Lott said the victim was an employee who worked in the Vista who had nothing to do with the protests. At some point, someone yelled out "he's calling the police" and things turned violent. (Lott said the man was not calling the authorities, but was making a business-related call).

A 16-year-old dressed in purple ran up behind the man and punched him to the face, Lott said, causing the victim to fall straight backward onto the pavement. The victim remains in the hospital in serious condition.

"That poor man didn't know what was coming," Lott said.

Another man dressed in orange is also charged. Both he and the 16-year-old are behind bars and facing charges.

Lott said a third man who he said kicked the victim while he was on the ground is now wanted.

Officers have announced multiple arrests since the protest that took place on Saturday, May 30 in downtown Columbia. The protest began peacefully, but there were pockets of violence, leading to a confrontation near Columbia Police Headquarters between a small group of the protesters and law enforcement.

Since then, the protests in Columbia have been peaceful and there has been no violence. Both Lott and Holbrook joined the Million Man March in Columbia last Sunday, a peaceful protests that went from MLK Park in Columbia to the State House.