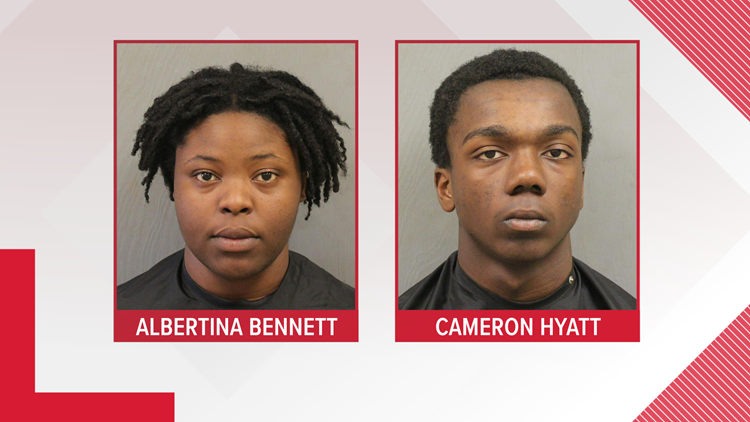 ELGIN, S.C. — A 17-year-old male and 18-year-old female have been arrested in connection to the shooting death of Elgin man Thomas Keitt, The Kershaw County Sheriff's Office says.

Albertina Hattie Jolera Bennett, 18, and Cameron Ezekiel Hyatt, 17, are both charged with murder.

A pedestrian discovered the body last Wednesday near an abandoned car. Deputies said another vehicle was involved and left the area. According to officials, the attack was not likely random, and others near the area were not in danger.

The Kershaw County Sheriff's Office says it believes Bennett and Hyatt were the only two subjects involved with Thomas Keitt's death.

RELATED: Suspect charged with murder in killing of Columbia man