Woman drives van through field with 200 kids present, says she was looking for her dog

Although no students were harmed, several had to "jump out of the way of her vehicle," police say. 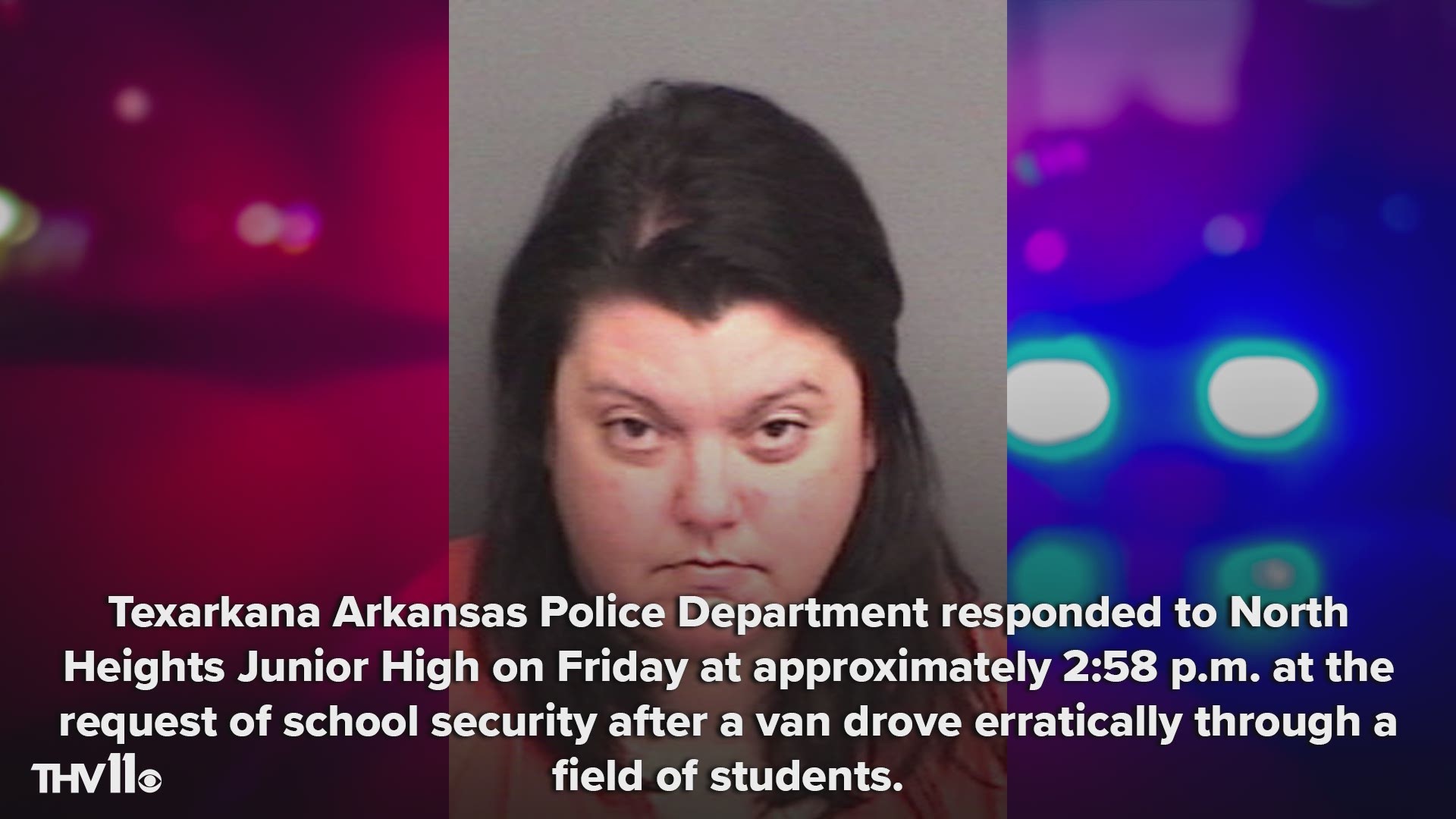 TEXARKANA, Ark. — Texarkana Arkansas Police Department responded to North Heights Junior High on Friday at approximately 2:58 p.m. at the request of school security after a van drove erratically through a field of students.

Behind the junior high is a field, where an estimated 200 children were actively attending an event. School staff told police the van, driven by Michelle Harutunian, 49, suddenly drove through the field of the school, "causing several children to jump out of the way," police said in a press release.

Staff attempted to run after the van as it was headed toward another group of students, who also were about to flee to safety.

Police were able to make contact with Harutunian after she drove into an overgrown field between the school and Nix Creek.

Harutunian told officers that she was driving through the field looking for her dog. She was arrested for aggravated assault, and TAPD said additional charges may be brought upon a further investigation.

The Texarkana Arkansas Police Department asks that anyone with information concerning this incident to contact the Criminal Investigation Division at (903) 798-3154.